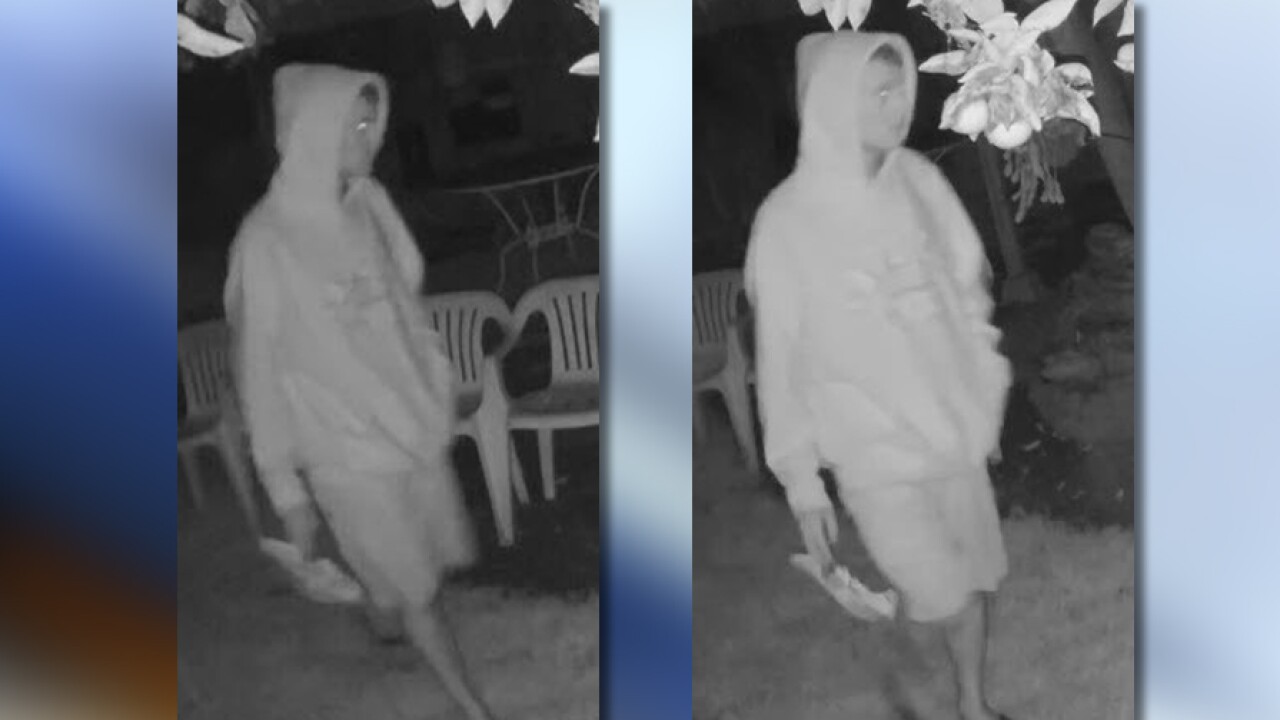 San Diego Metro Arson Strike Team investigators say during the early hours of Sept. 28, between 12:30 a.m. and 5:03 a.m., six separate fires were started in the backyards of homes. Various items were ignited, investigators say, at the following locations:

A white, compact SUV similar to a Toyota RAV4 was seen in the 4100 block of Catalina Place just before a fire was discovered at that location, investigators added.

Video and photos show a person in a hooded sweatshirt, shorts, and sandals walking in the yard of a home where one fire ignited.

In the video, the person can be seen walking with what appears to be a piece of paper in one hand and cigarette in the other, before disappearing from the video. The person reappears in the video, but it's not clear if he or she still has a cigarette.