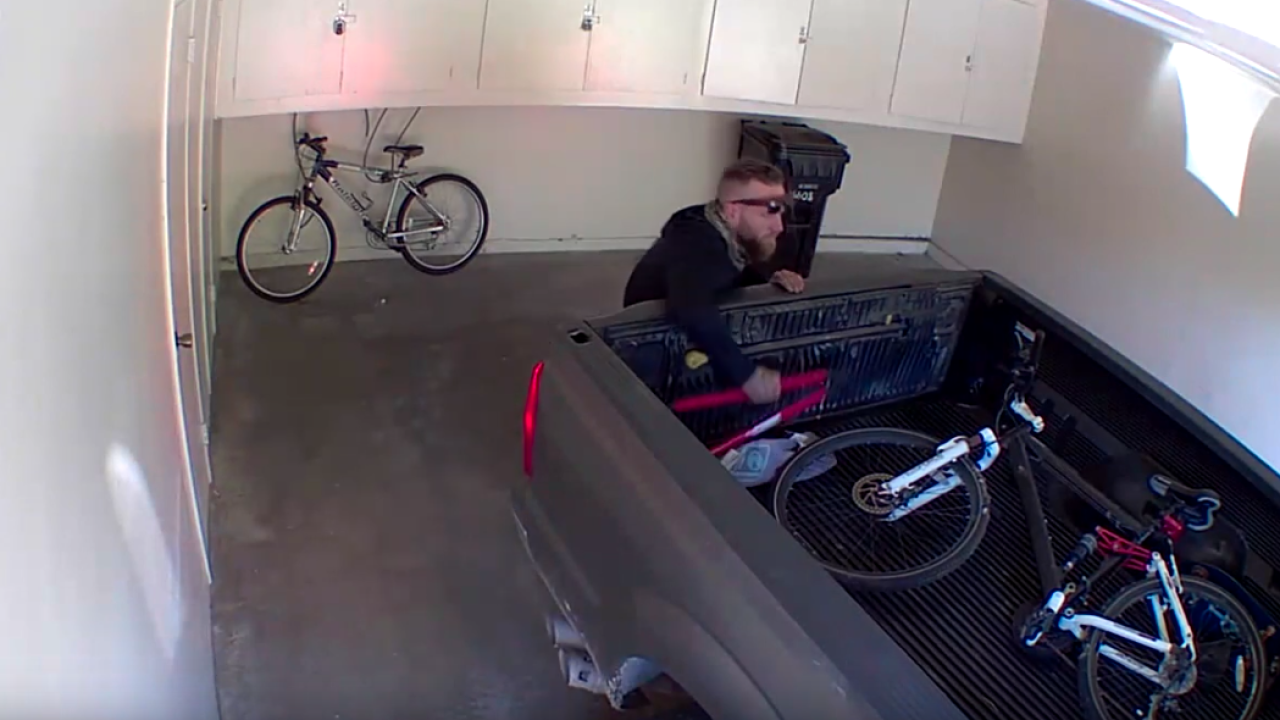 SAN CARLOS, Calif. (KGTV) -- Police are searching for a suspect caught on video stealing a bike from a San Carlos garage in late October.

According to police, the theft happened on the 6600 block of Bell Bluff Avenue on October 25 around 2 p.m.

Police say the suspect backed his truck into the victim’s garage before using bolt cutters to cut a lock and steal a M80 mountain bike.

According to police, the theft wasn’t the first time mountain bikes were stolen from the same home.

On October 13 and 15, the victim had two other mountain bikes stolen from the garage. The total value of the three bikes is $3,000, police say.

At this time, it’s unknown if the same suspect is responsible for all three thefts.

The suspect is described as a white male in his 30s or 40s with short, blonde hair and a full beard.

After the second theft, police say the victim installed security cameras, which captured the third theft. Watch video of the incident below: