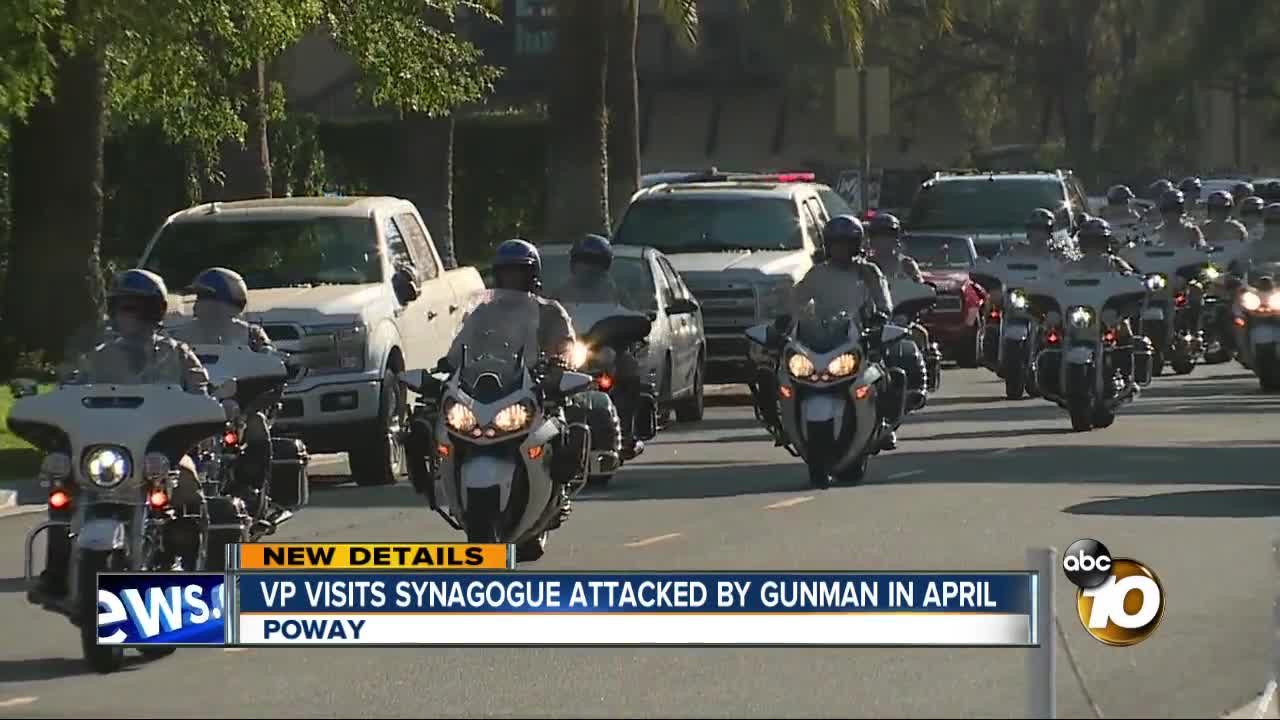 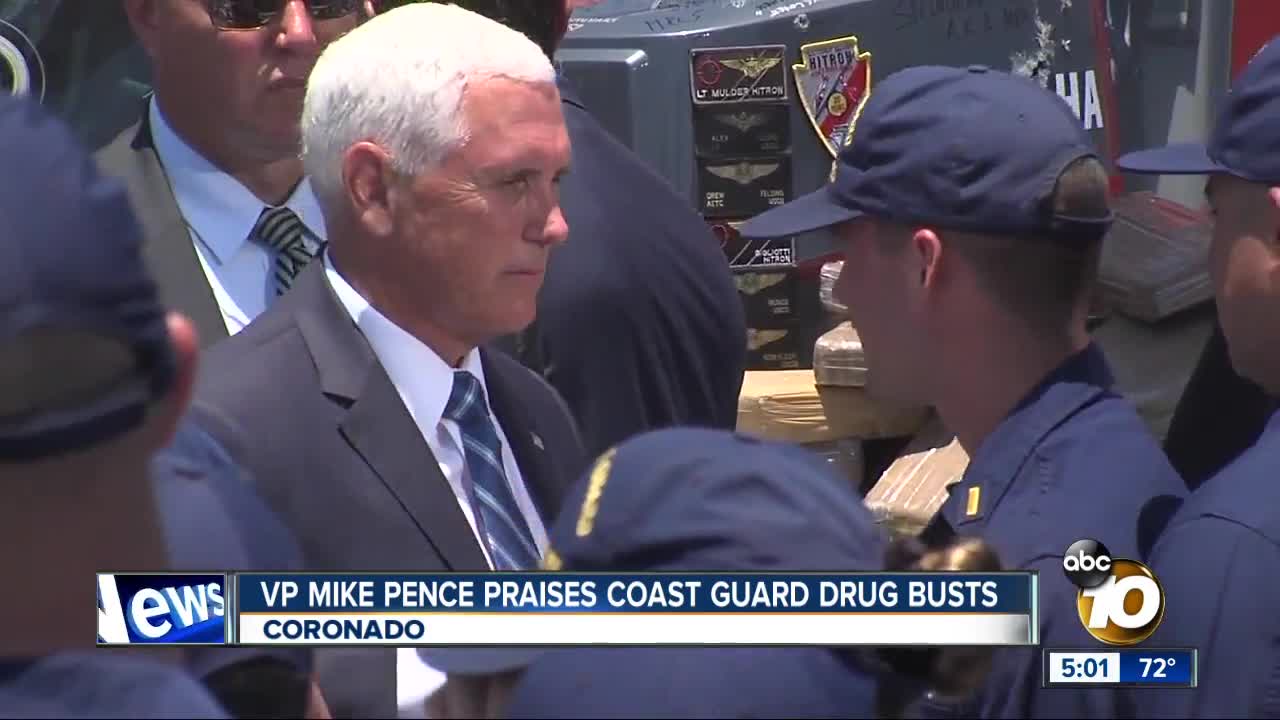 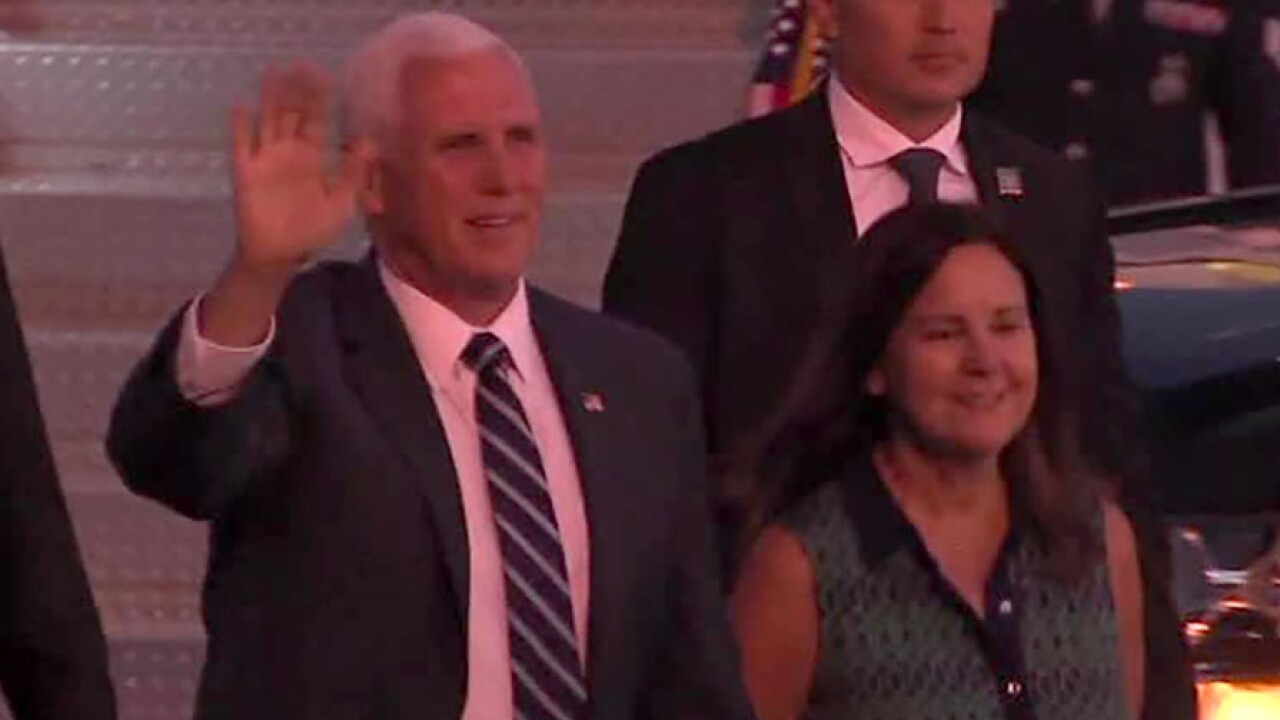 During his stop in San Diego, Pence visited U.S. Naval Amphibious Base Coronado and Naval Air Station North Island. At the Naval Air Station, Pence attended the offloading of what the Coast Guard says are more than 39,000 pounds of cocaine and 933 pounds of marijuana worth a combined estimated $569 million from the cutter Munro, which is normally homeported in Alameda. The drugs were seized in international waters in the Eastern Pacific Ocean.

During his time in board the USCGC Munro, Vice President Pence also addressed concerns about the Southern Border.

"Not all the narcotics are coming over the ocean," Pence said. "Tomorrow I will be at the southern border at McAllen, Texas."

As the cartels pressure vulnerable families into fleeing their countries, Pence said that America must also fix our immigration system. He plans on getting a first-hand look at the Detention Center in Texas tomorrow.

"I fully expect it to be full. I expect there to be evidence that our system is overflowing," Pence admitted.

But he shot down remarks made by Democrats, who called the Detention Facilities "Concentration Camps," where detainees have no access to food and water.

"Our customs and border protection are providing humanitarian care, healthcare, shelter, food, sustenance, in a way that would make the American people proud," Pence said.

Although Pence has not visited San Diego County in an official capacity since taking office in January 2017, he traveled to the U.S.-Mexico border in Calexico, located about 100 miles east of San Diego in Imperial County, in April 2018 to discuss immigration policy and view renovated areas of border fencing.

"We are thrilled to have @VP @Mike--Pence visit San Diego," Republican Party of San Diego County Chairman Tony Krvaric wrote in a Twitter post. "All fair minded San Diegans will acknowledge that the Trump-Pence administration's policies have ushered in unprecedented economic growth and support for our military service members."

Pence arrived in San Diego Wednesday night after visiting Naval Air Station Lemoore and Vandenberg Air Force Base in Lompoc. The stop is part of a three-day swing through California and Texas to visit constituents and military bases.