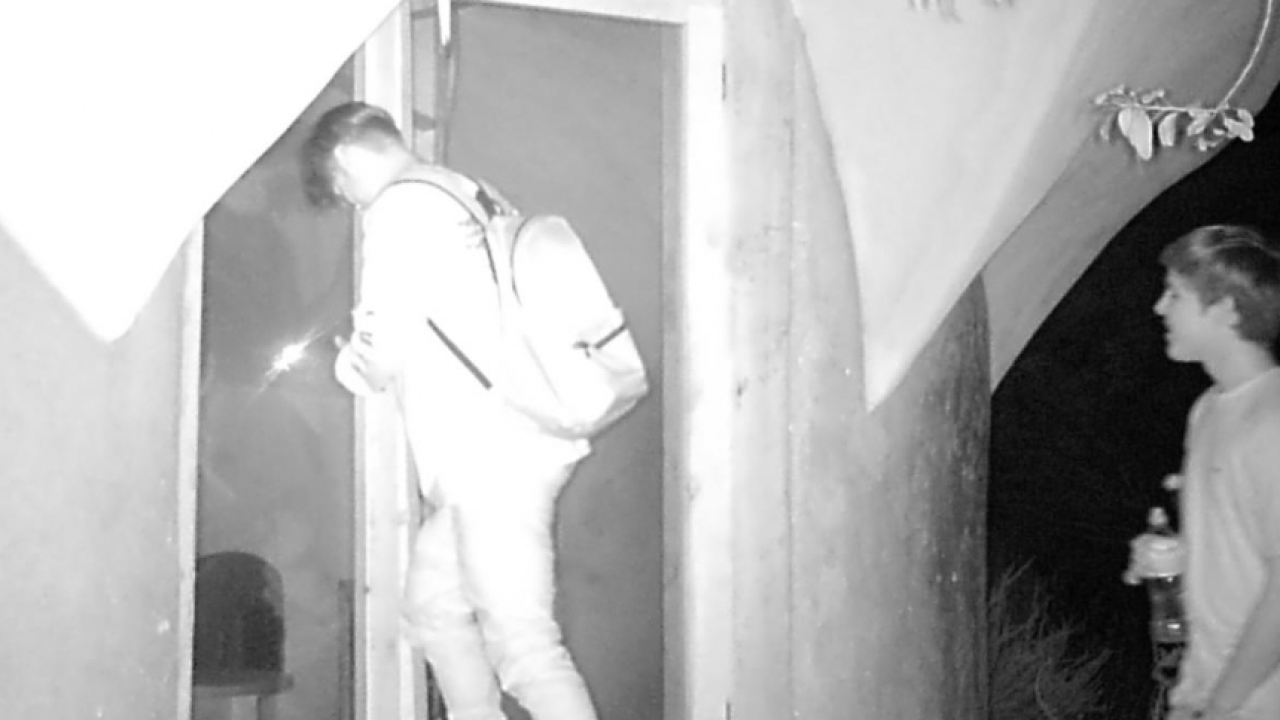 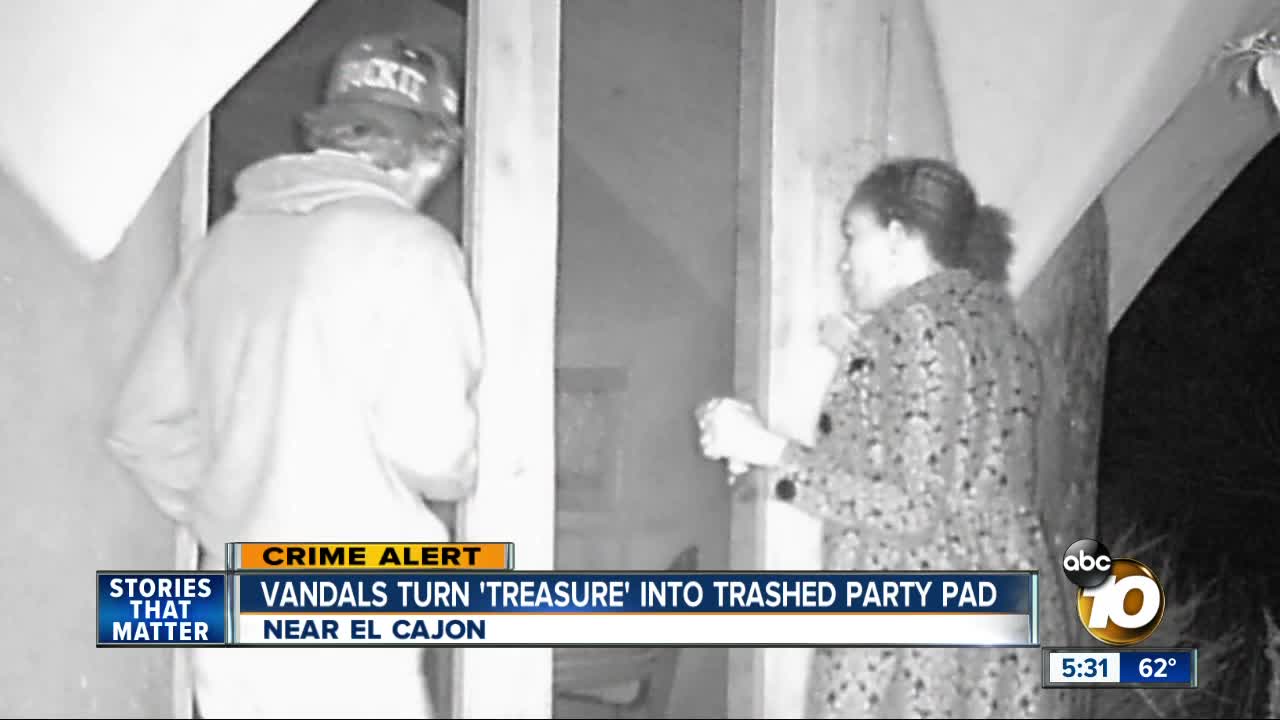 EL CAJON, Calif. (KGTV) — A beloved visitor center and community "treasure" designed by a famed artist is routinely being turned into a trashed party pad.

The small building, dubbed the Hubbell Kiosk, is located in the Crestridge Ecological Reserve. Designed by famed artist and architect James Hubbell, the partial build was destroyed by the Cedar Fire in 2003. The wood, clay and straw-filled project was rebuilt several years later.

Then last month, Lands Manager Kyle Smith discovered a smashed skylight and a mess inside.

The scene they left behind, including wrecked displays and broken chairs, has become a familiar one.

Video surveillance has captured the party goers in five break-ins since early August. Some of the faces appear to be repeat revelers.

The break-ins leads to thousands of dollars in repairs and extra security precautions. Endangered Habitats Conservancy, the non-profit that oversees the site, hopes someone will recognize the photos of the vandals.

Smith has a message for the party-goers.

"You're not welcome here. Go party somewhere else," said Smith.