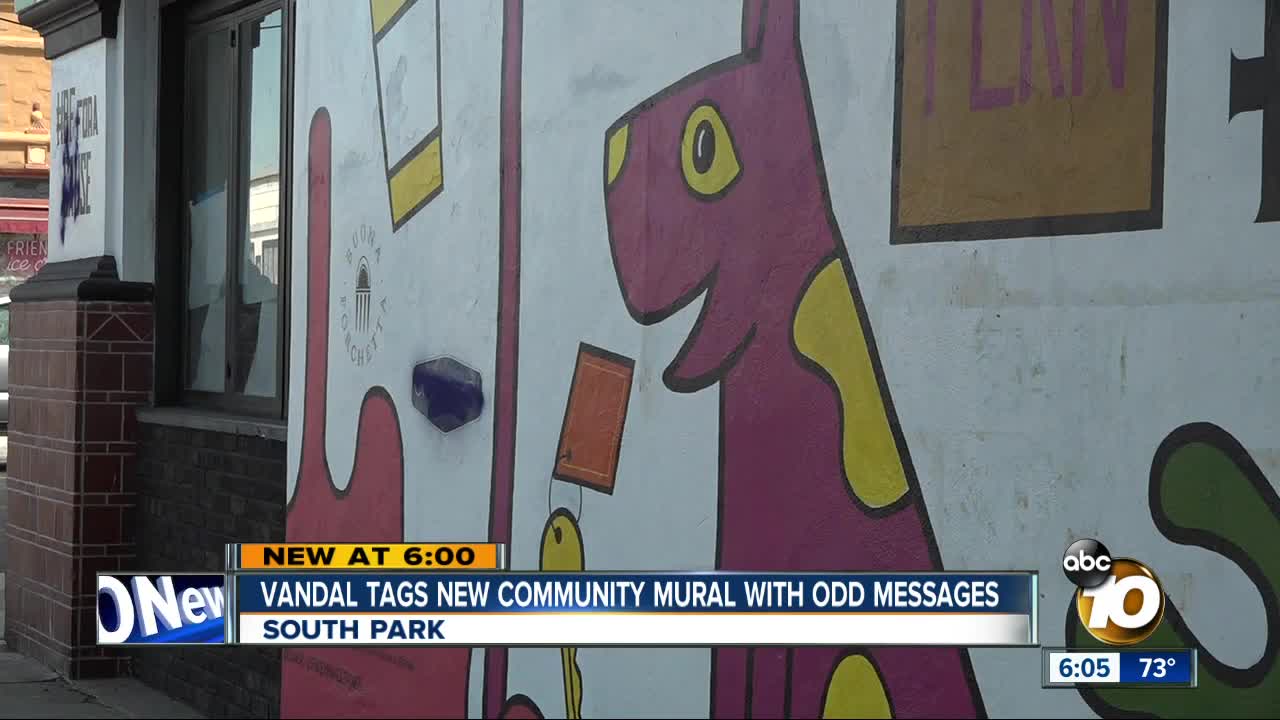 Neighbors are expressing their collective frustration after a vandal tagged a new community mural in South Park. 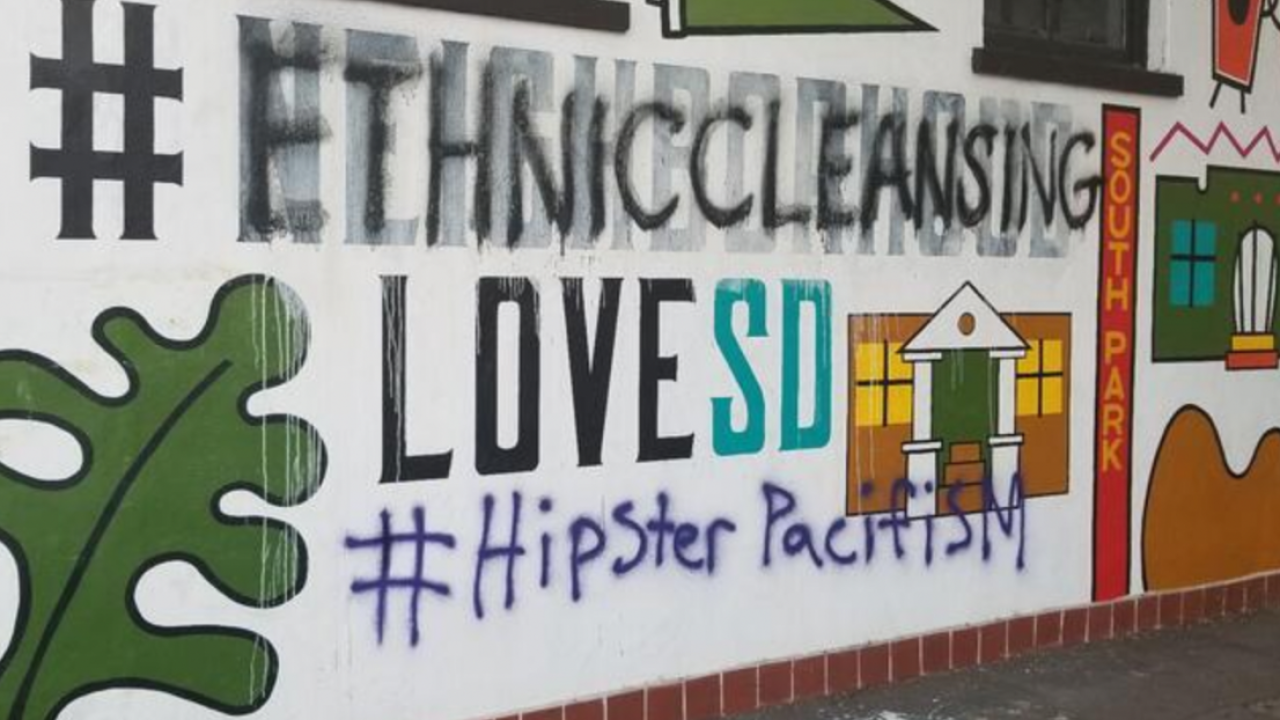 SAN DIEGO (KGTV) — Neighbors are expressing their collective frustration after a vandal tagged a new community mural in South Park.

"Pretty awful and disrespectful. A lot of time, energy and love into this piece," said Heather Johnson.

At 30th and Juniper Street and 30th Street, the community mural sponsored by several neighborhood businesses was targeted by a vandal over the weekend.

"I think it's disgusting to be honest with you," said Brian Padgett.

The phrase "#Neighborhood" was spray-painted over, replaced with the phrase "ETHNIC CLEANSING." At the bottom of the mural, the phrase "#Hipster Pacifism" was tagged in purple.

"Disheartening, frustrating and an act of cowardice," added Ezekiel Morphis.

Neighbors believe the spray-painted messages are sounding off against the gentrification of South Park. The tagged wall is a part of a building which will soon be home to a non-profit restaurant benefiting local schools. It was once home to long-time coffeehouse priced out of the area almost two years ago.

"It happens in every neighborhood. As a city grows, there is change. This is not the way to handle it," said Johnson.

Those sponsors tell 10News they're heartened by the response from the neighbors, who have offered their support and help in repairing the mural.