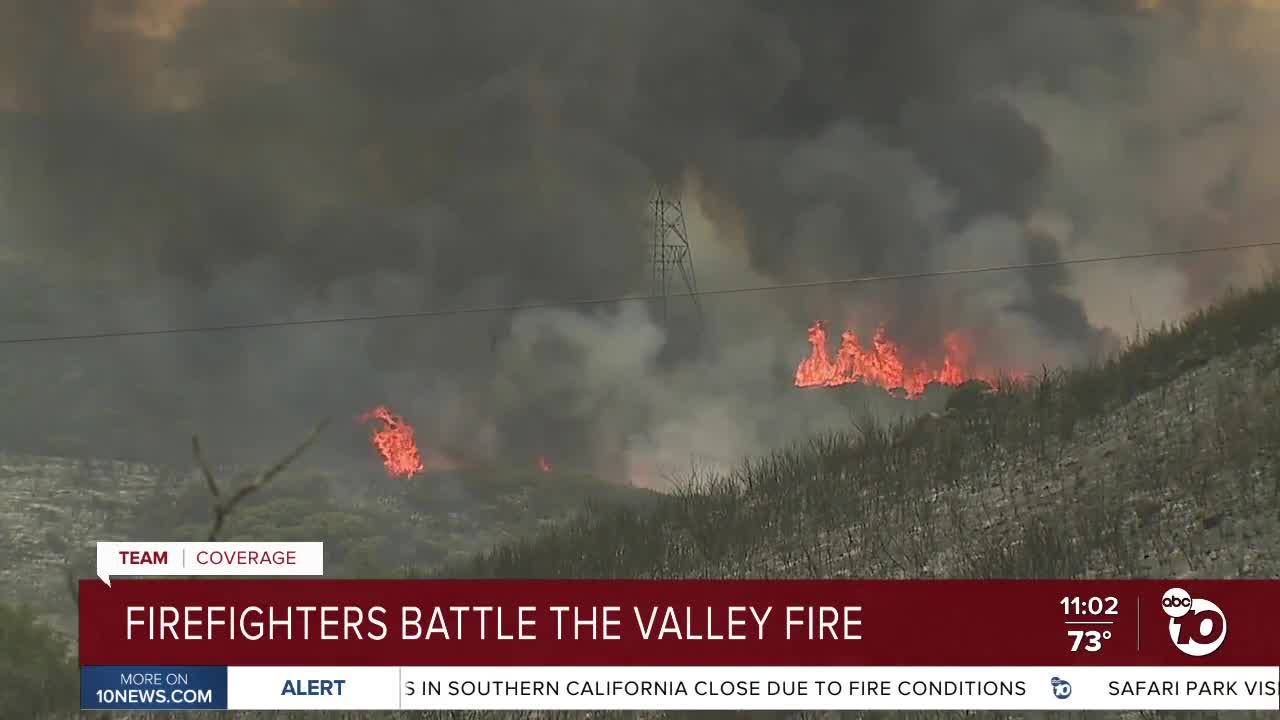 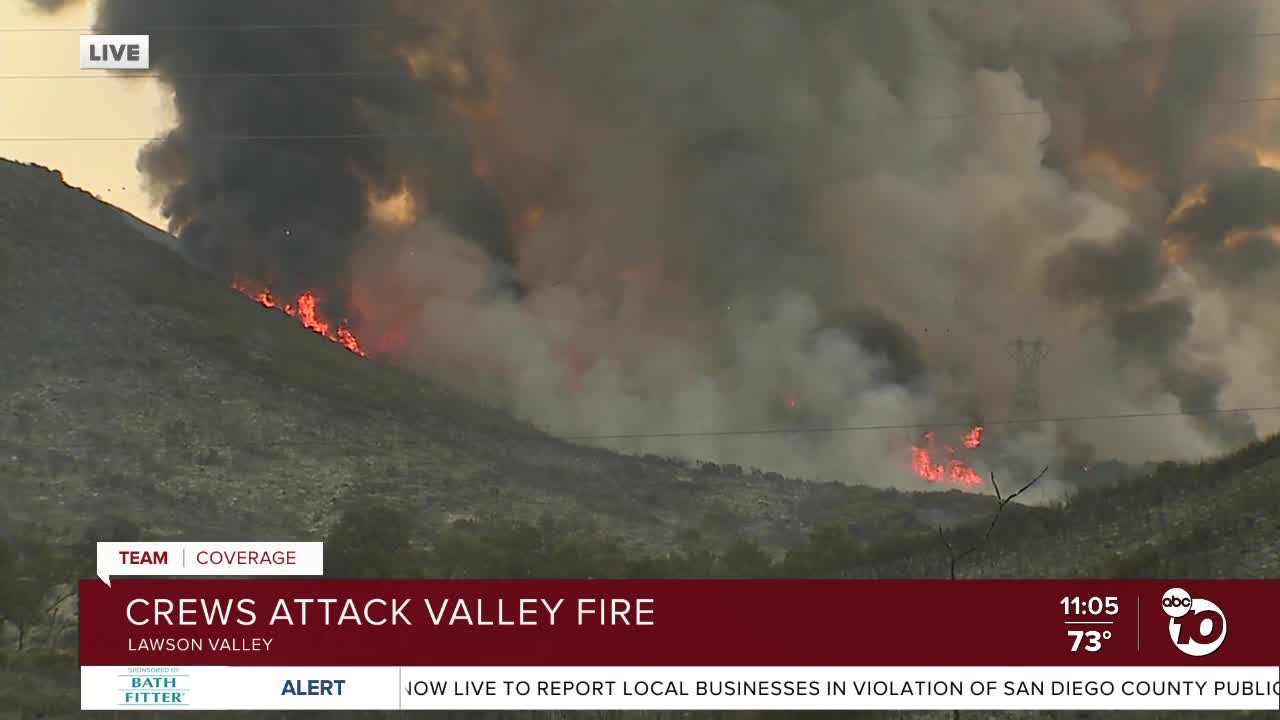 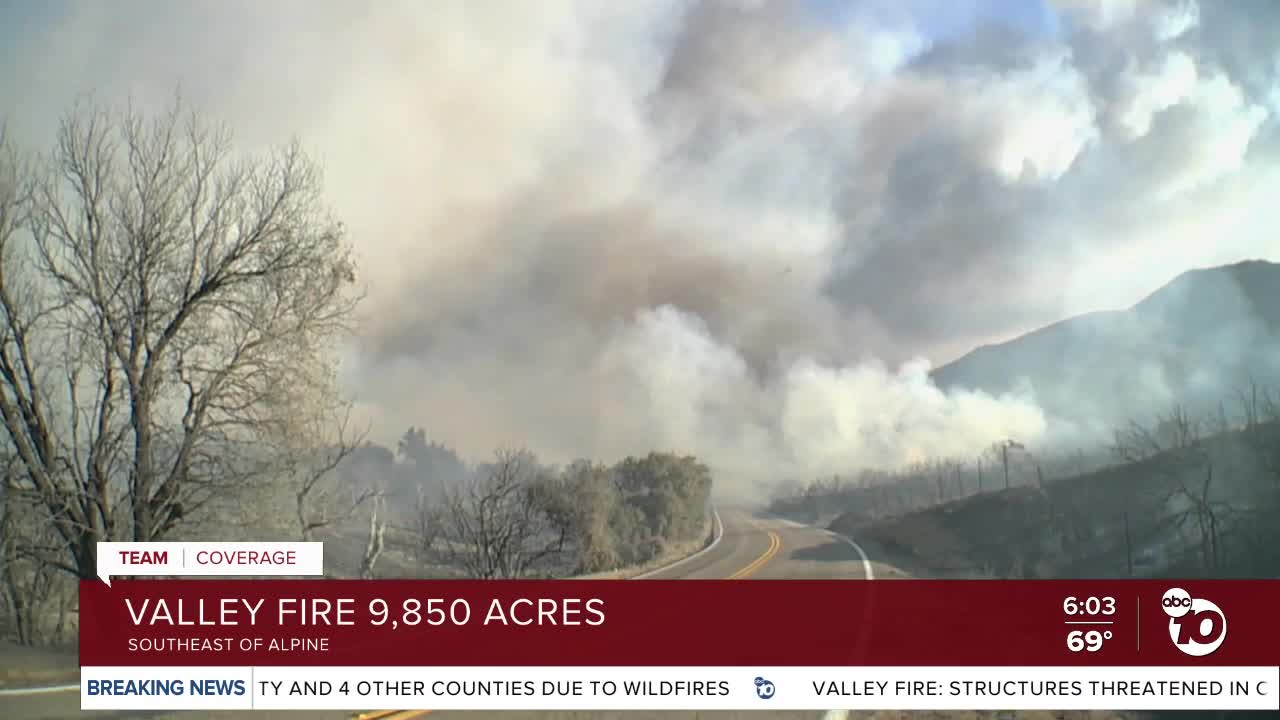 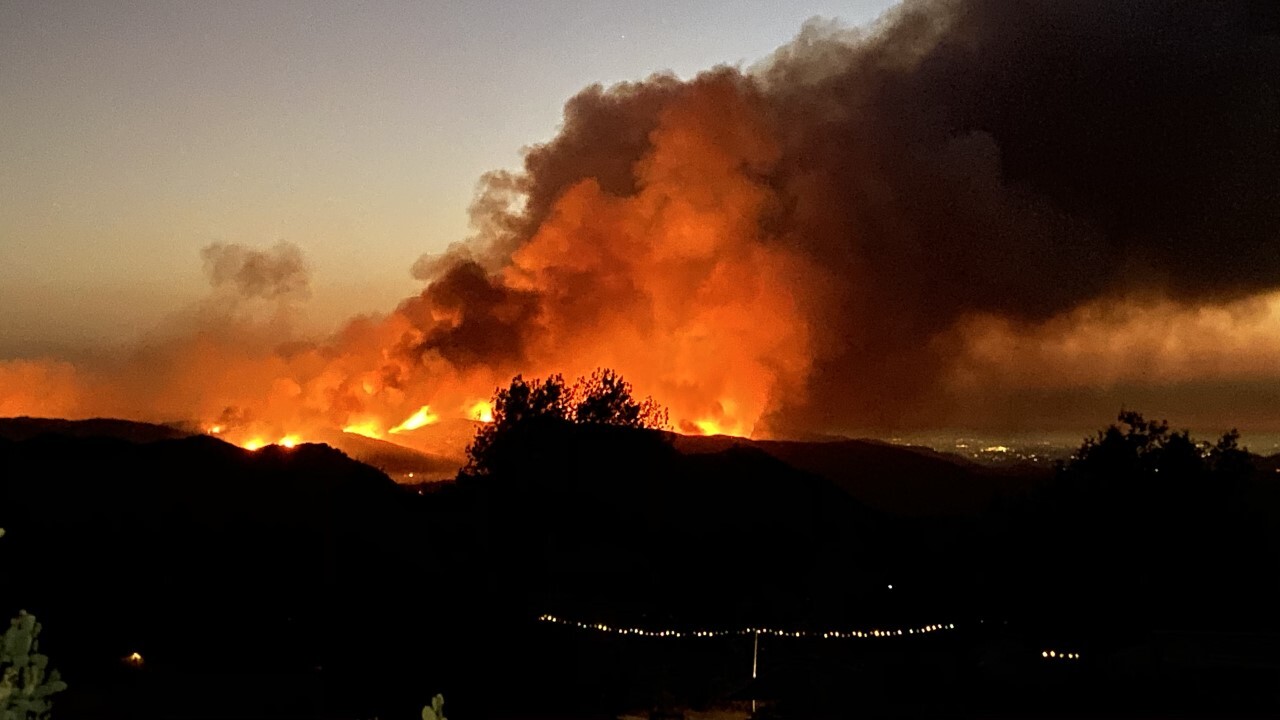 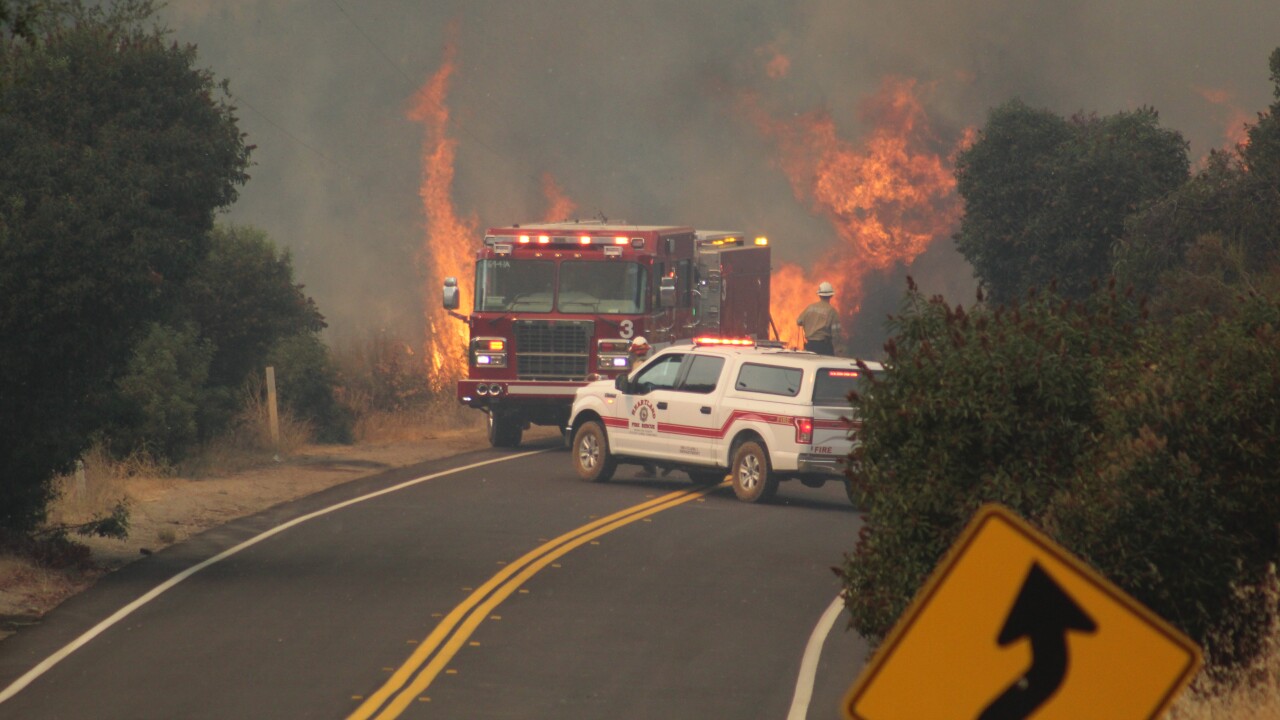 So far, the blaze has scorched 17,345 acres and is 3% contained, as of 6:20 p.m. on Monday. Authorities with the Cleveland National Forest tweeted Monday that the fire had only grown by 408 acres overnight.

Evacuation centers have been set up at Steele Canyon High School at 2440 Campo Road and Joan MacQueen Middle School at 2001 Tavern Road.

Cal Fire said Monday it will exercise an agreement it has with the Navy’s Third Fleet and the First Marine Expeditionary Force. Military aircraft will be used to help fight the Valley Fire.

Governor Gavin Newsom Sunday declared a state of emergency for San Diego County and other counties impacted by wildfires. The declaration paves the way for federal funds to be used in response to the fires.

The blaze also knocked out power to thousands of people throughout North County, with San Diego Gas and Electric saying they will work with CalFire to bring power back to affected customers.

The fire began Saturday near Sprint Trail and Japatul Road southeast of Alpine before 3 p.m.