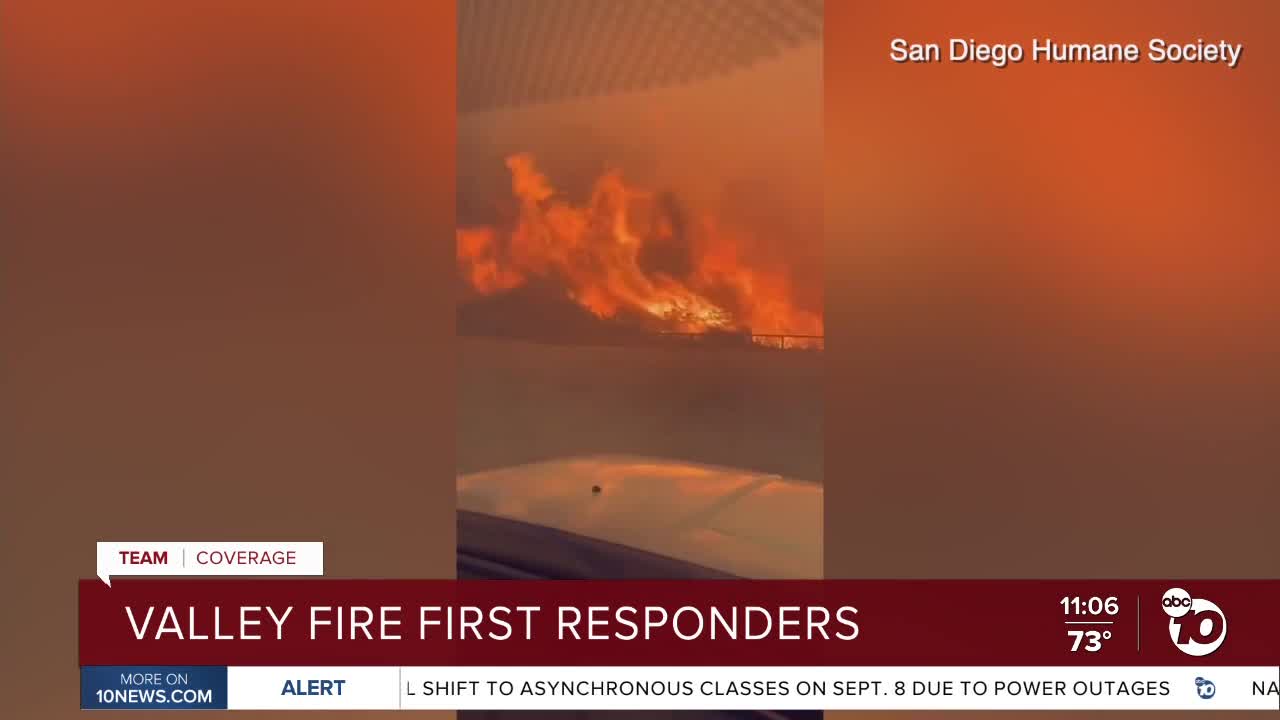 (KGTV) -- As evacuation orders remain in place, those on the frontlines of the Valley Fire continue to work around the clock -- either battling the fire or helping get animals to safety.

The San Diego Humane Society, like fire crews, have been working since the fire erupted. Although their jobs are drastically different, they do have some of the same training.

The Humane Society’s Emergency Response Team has been rescuing animals from the path of the flames. The team has helped small pets like cats and dogs, as well as larger farm animals.

At one point during a rescue on Sunday, Humane Society teams were forced to turn around as the fire jumped the road in front of them.

The Humane Society is in need of donations to help care for the animals they are rescuing.

Meanwhile, for firefighters, the work is never ending, and fatigue is a reality.

“It’s an assignment that we look forward to and certainly proud that we’re able to serve in this capacity,” said Cal Fire Capt. Issac Sanchez.

Over the weekend, one powerful image showed the firefight's effects on crews. The photo from the Lakeside Fire Protection District shows Engineer Danny Leetch taking a much-needed break after being on the fire's frontlines for 26 straight hours.

Ahead of Santa Ana winds, crews are already preparing for what could come.

Fire officials are asking those in the path of the fire to listen when evacuation orders are issued to avoid having to pull crews for a rescue.

“We're taking those resources away from the firefight and nothing could have an impact on our operation than to have to redirect resources that could be engaged in putting out this fire,” Sanchez said.