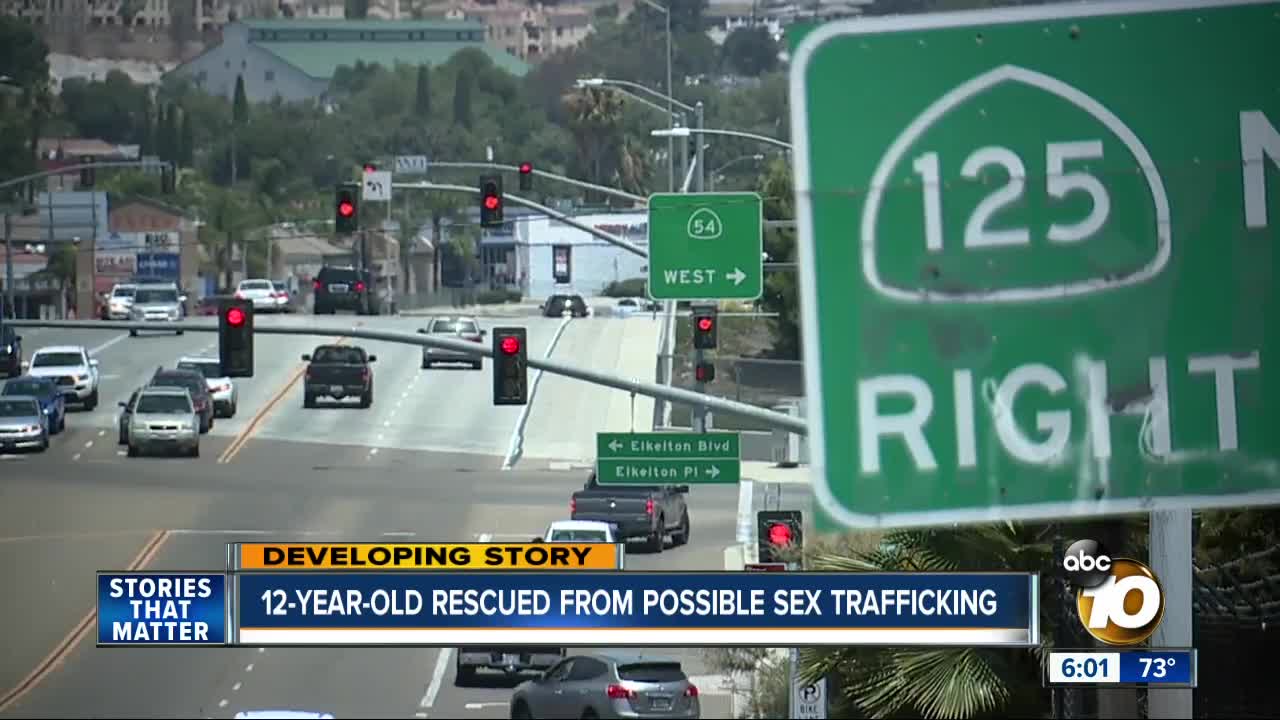 According to the San Diego County Sheriff’s Department, detectives found the girl on the 8500 block of Paradise Valley Road Saturday.

The department says the 12-year-old was a runaway “who was possibly being sex trafficked.”

The two 17-year-old boys were arrested for possession of firearms.

Marisa Ugarte is the founder of 'Bilateral Safety Corridor Coalition' [BSCC]. For two decades, she has helped victims of human trafficking get back their lives. What startled her about this case was the age of the victim.

FBI studies show San Diego is one of the highest child sex trafficking areas in the nation. The reason: Tourism.

"You have Comic-Con. We have a cyber patrol that we do. In three hours, we had 45 calls of buyers." Ugarte said. These patrollers look for potential buyers on the internet and intercept them before they prey on children.

Another reason San Diego's human trafficking statistics are also high is the international aspect. The area's proximity to the border brings in large numbers of sex and labor trafficking.

Human trafficking is a billion-dollar underworld operation, with victims so young and trapped, often out of desperation. Ugarte sent a message to the young victim.

"Please don't disappear and become one girl on the milk carton. You do not know what is out there. Please. Just think about it. It's not worth it," Ugarte pleaded.

If you or someone you know is a victim of human trafficking: