Truck slams into hydrant in Pacific Beach, sends water spewing into the air 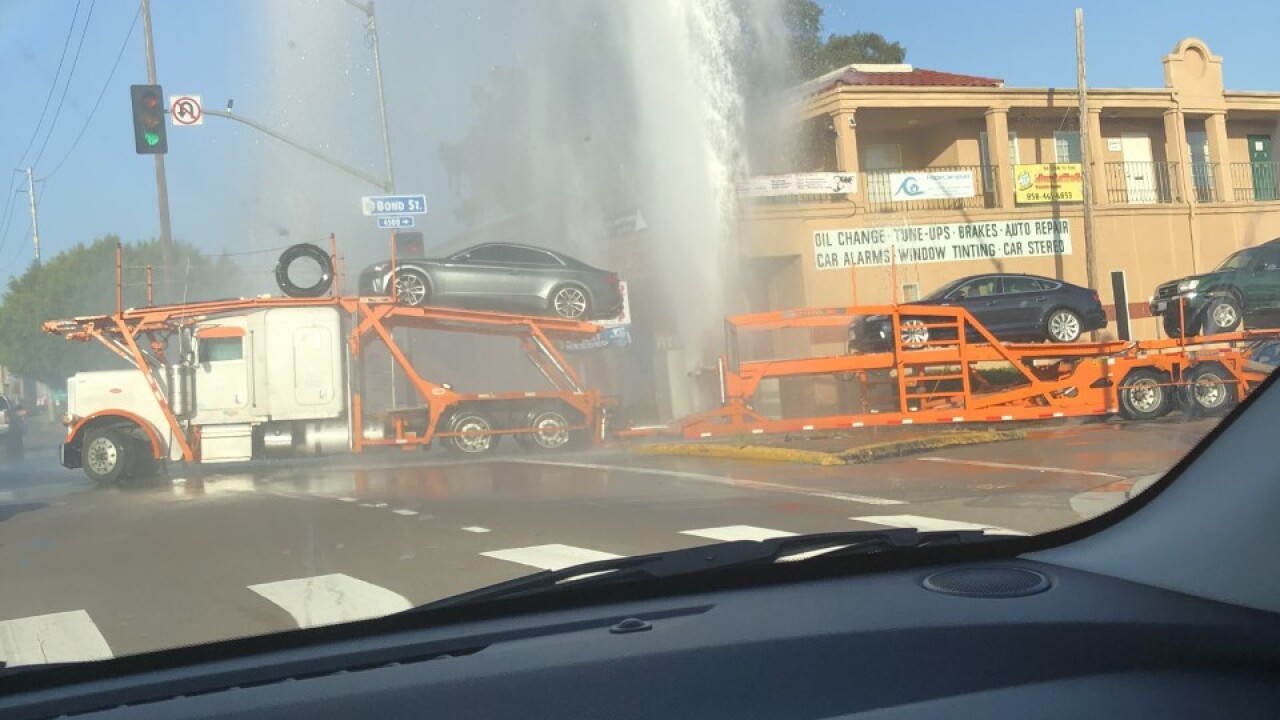 Rae Arnett
A car carrier truck slammed into a hydrant Tuesday evening, sending a geyser spewing into the air.

SAN DIEGO (KGTV) -- A car carrier truck slammed into a hydrant Tuesday evening in Pacific Beach, sending a geyser spewing into the air as passersby took in the spectacle.

The incident happened on the 2700 block of Garnet Avenue around 6:30 p.m. Authorities say the driver hit the hydrant before immediately pulling over and remaining at the scene.

San Diego Fire-Rescue arrived to stop the hydrant from shooting water onto nearby businesses.

Many nearby businesses closed for the day as San Diego Police and San Diego Fire-Rescue went door-to-door to find out what, if any damage had been done.

At this time, it's unclear what led to the crash.