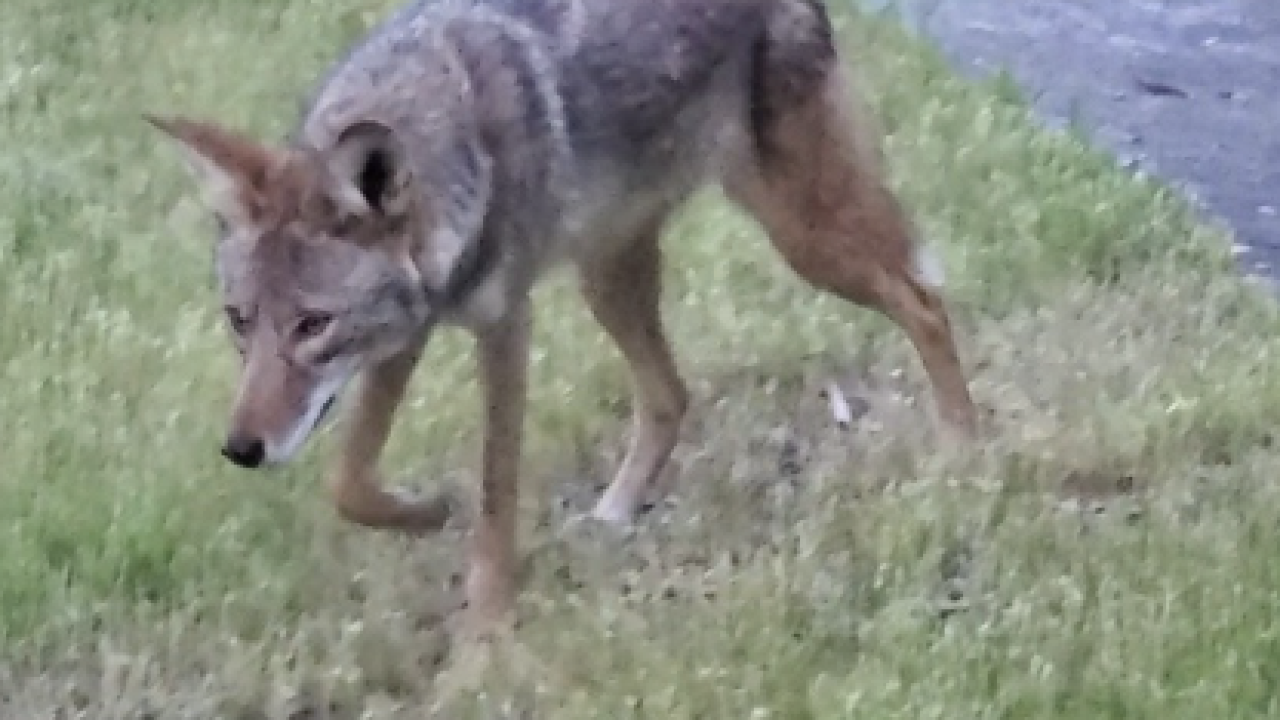 Along East Naples Street, surveillance video captured a hard-to-watch scene a few weeks ago in Patty Prescott's yard: a coyote toying with a feral kitten that Prescott was caring for.

"I ran out of the house. I started yelling, waving my arms. That's when the coyote dropped the kitten," said Prescott.

Sadly, the kitten died. Prescott says coyote sightings have surged in the neighborhood, with more than six pets killed in the last month. Just to the south, at Max Field, home to little league fields, neighbors have been reporting several aggressive coyotes roaming the baseball fields and nearby Loma Verde Park since the start of the pandemic.

"Frightening. No fear of people. You make noise, and they take a step back and then stare you down. Now they're coming out earlier, throughout the day, any time throughout the day. They're searching and looking," said neighbor Rachel Morineau.

Park goers say the coyotes are going after dogs of all sizes. In late May, cellphone video showed one of the coyotes leaping a park fence and attacking a large pit bull, before its owner chased it off.

The coyotes' behavior has unnerved neighbors.

"I don't feel safe, even in my front yard," said Prescott.

A group of neighbors has banned together, starting a Gofundme campaign to address the issue. Their concerns grabbed the attention of City Councilman Mike Diaz, who secured funding to trap the coyotes. Because state laws don't allow for them to be relocated, they will be euthanized.

"It's not something we wanted to do, but they are getting very aggressive, and it's the only option California gives us," said Morineau.

Until they're trapped, Prescott plans to defend herself and her other cats.

"My son sent me a pellet gun, and I plan on using it for my protection," said Prescott.

Councilman Diaz says the funding will also help form a long-term plan looking at the presence of coyotes in the city.