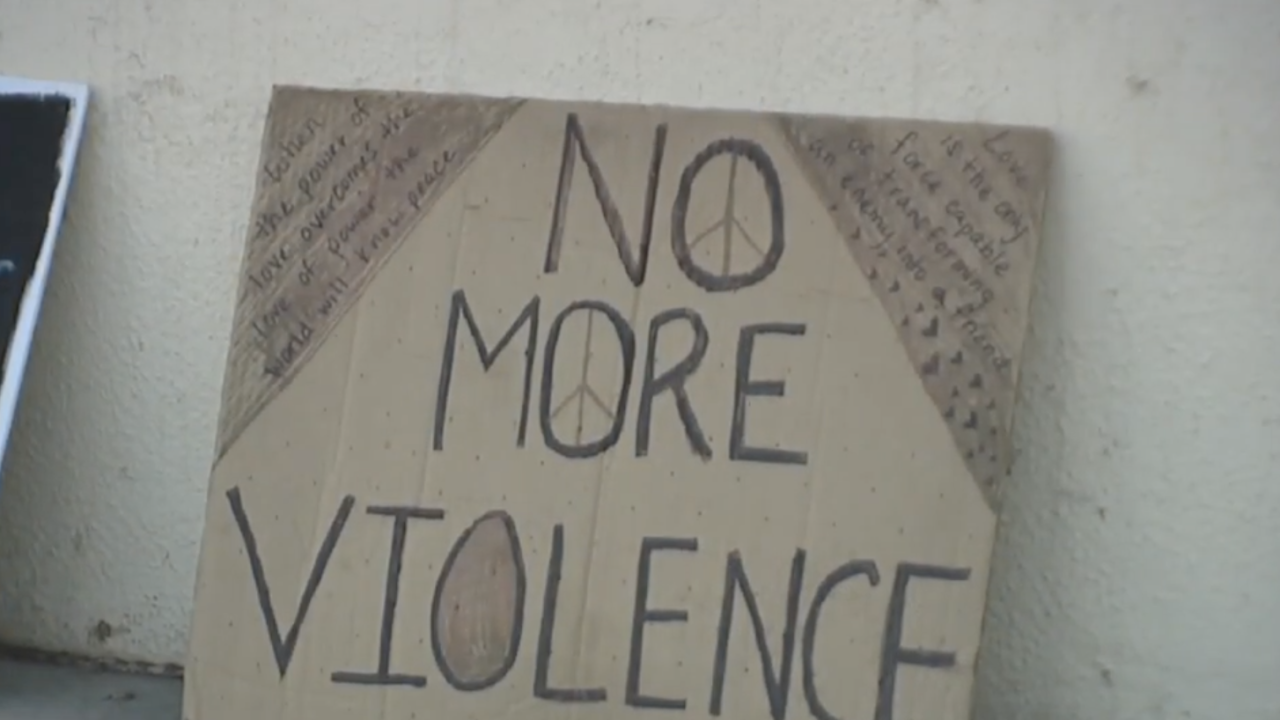 San Diego Police tweeted just before 11 p.m. that three protesters were arrested at B Street and Columbia Street.

Police said earlier that roughly 40 to 50 protesters gathered in the downtown area.

“We are again with the group to ensure they remain safe and the community remains safe. Traffic may be temporarily interrupted,” the department tweeted.