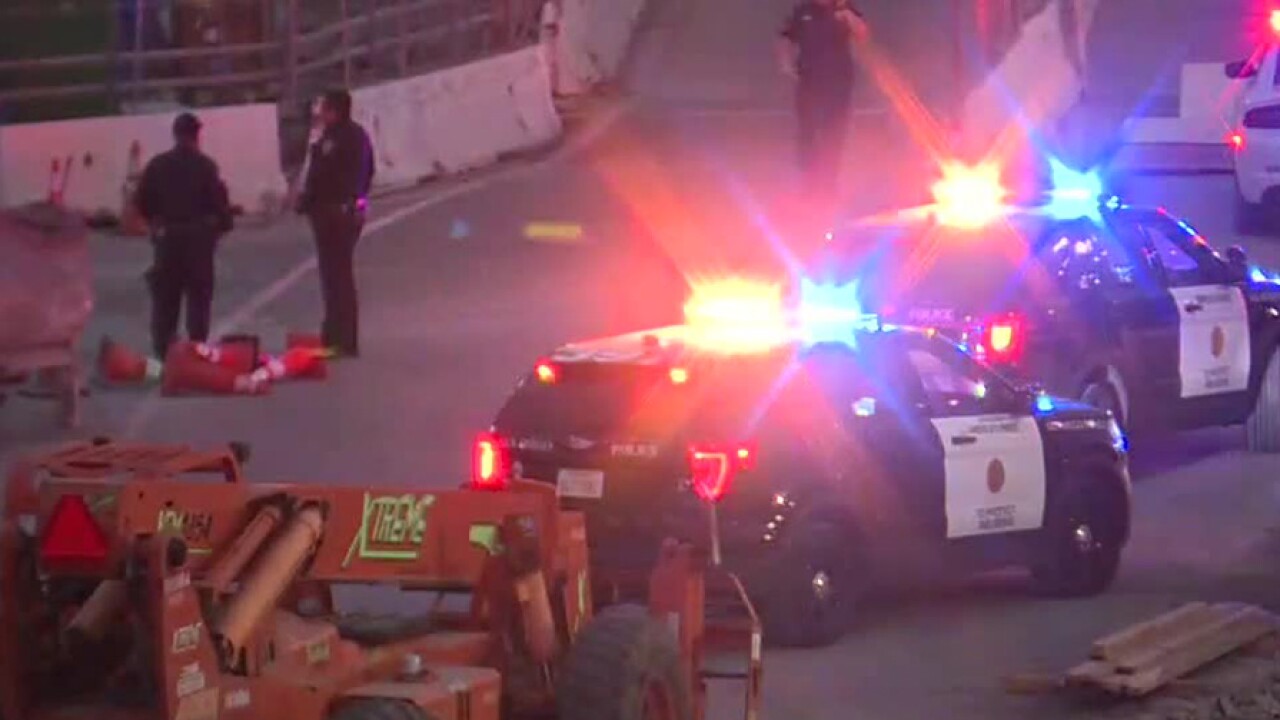 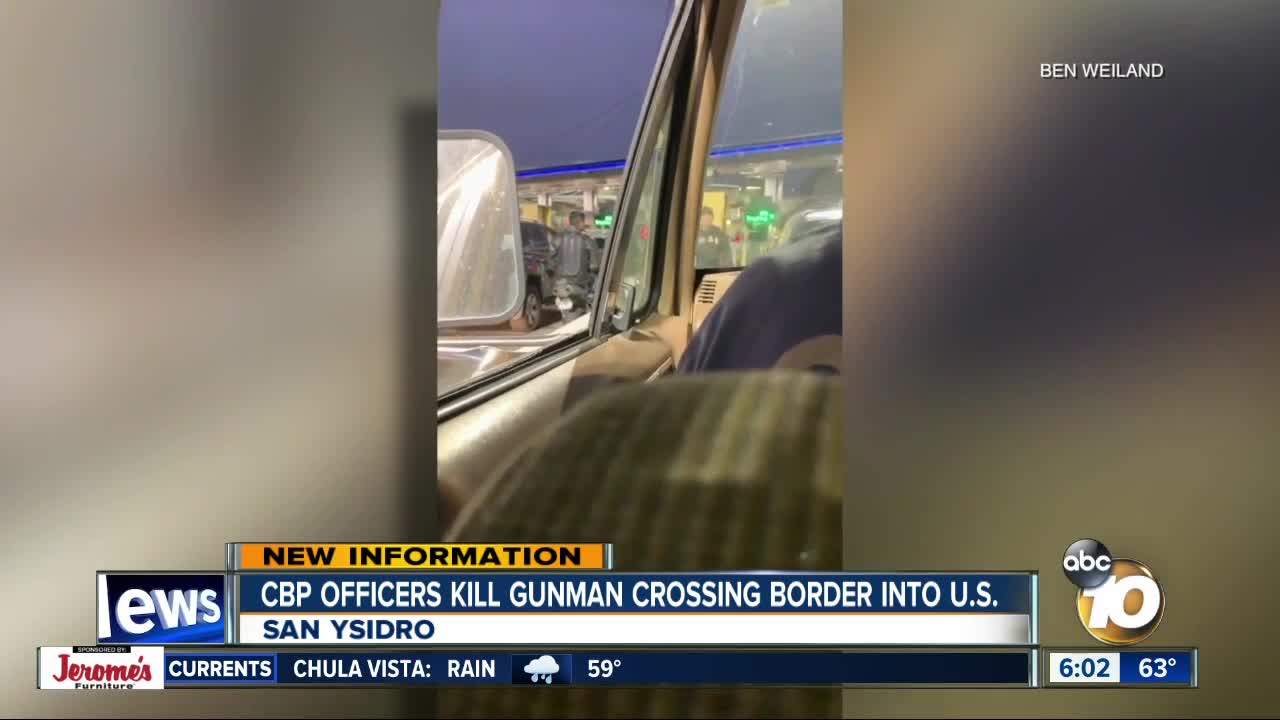 SAN DIEGO (KGTV) - A man who opened fire on U.S. Customs and Border Protection officers at the San Ysidro Port of Entry Monday night was identified as a 23-year-old U.S. citizen.

San Diego police said they received a report just before 7:45 p.m. regarding an officer-involved shooting at the secondary inspection area of the Port of Entry.

Witnesses told police that a man was driving through the POE from Mexico into the U.S. but refused to stop for CBP officers.

As the man tried to drive through the secondary inspection area, officers attempted to stop him. The driver’s vehicle was blocked by another vehicle, however.

RELATED: Man killed in shootout with CBP officers at Port of Entry

At that point, police said the man “began firing a gun out of his vehicle towards the officers, then exited his vehicle and continued firing at the officers. The officers returned fire, striking the suspect.”

Emergency responders attempted life-saving measures, but the suspected gunman died from his injuries.

Police did not release any further details on what prompted the driver to open fire.

The suspected gunman’s name was not immediately released, and he was identified as a 23-year-old white male who is a U.S. citizen.

San Diego police, the lead agency on the investigation, indicated that seven CBP officers were involved in the shooting but none of them were injured.