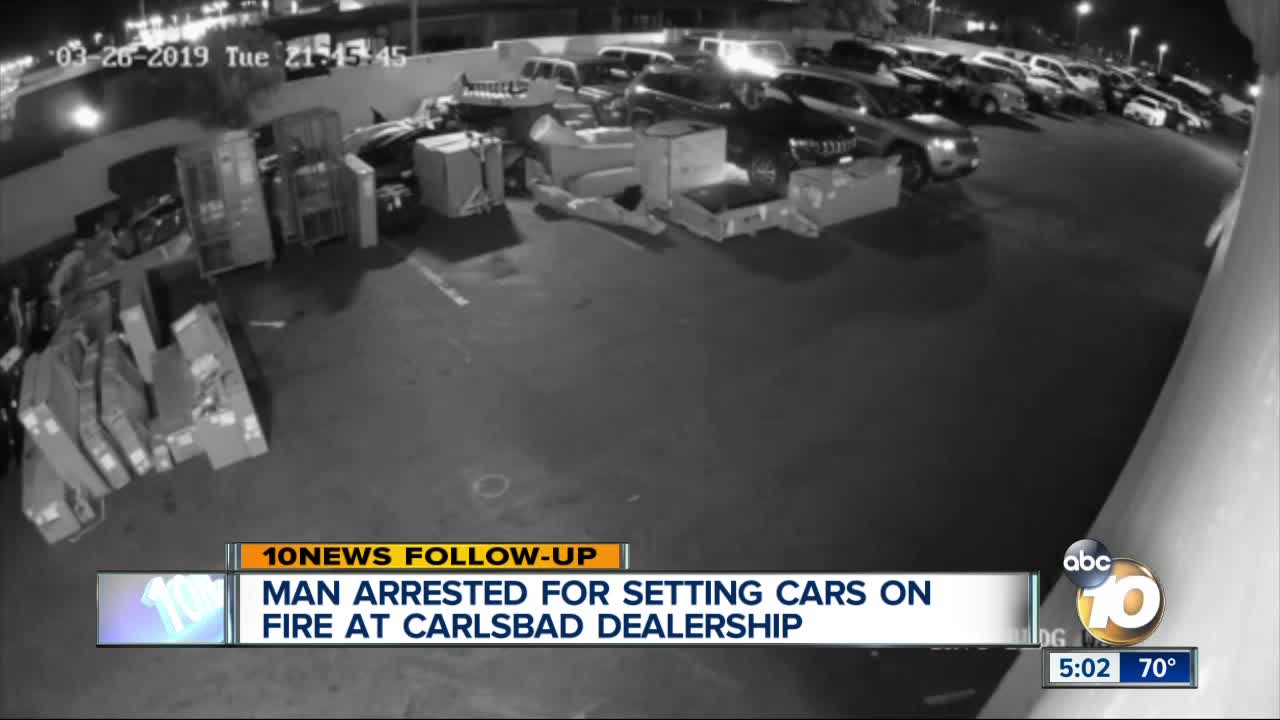 Police say a fire that erupted at a North County car dealership in March was a part of an insurance scam by the suspect. 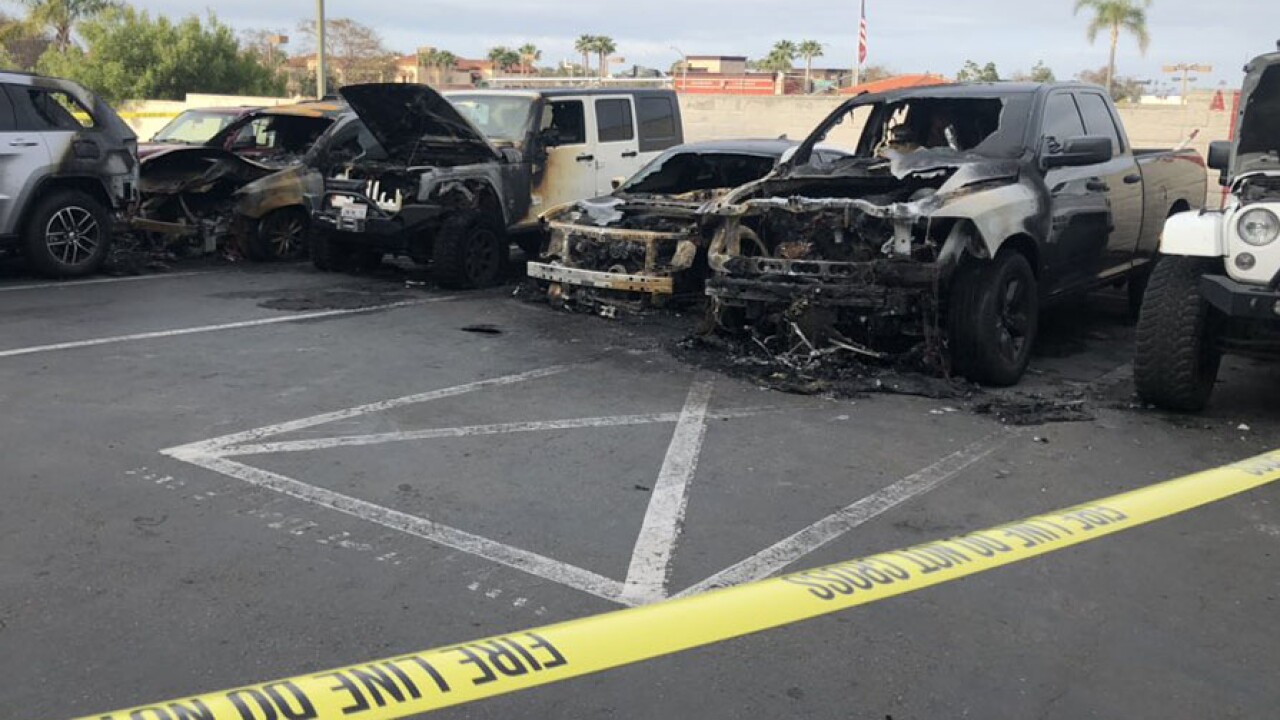 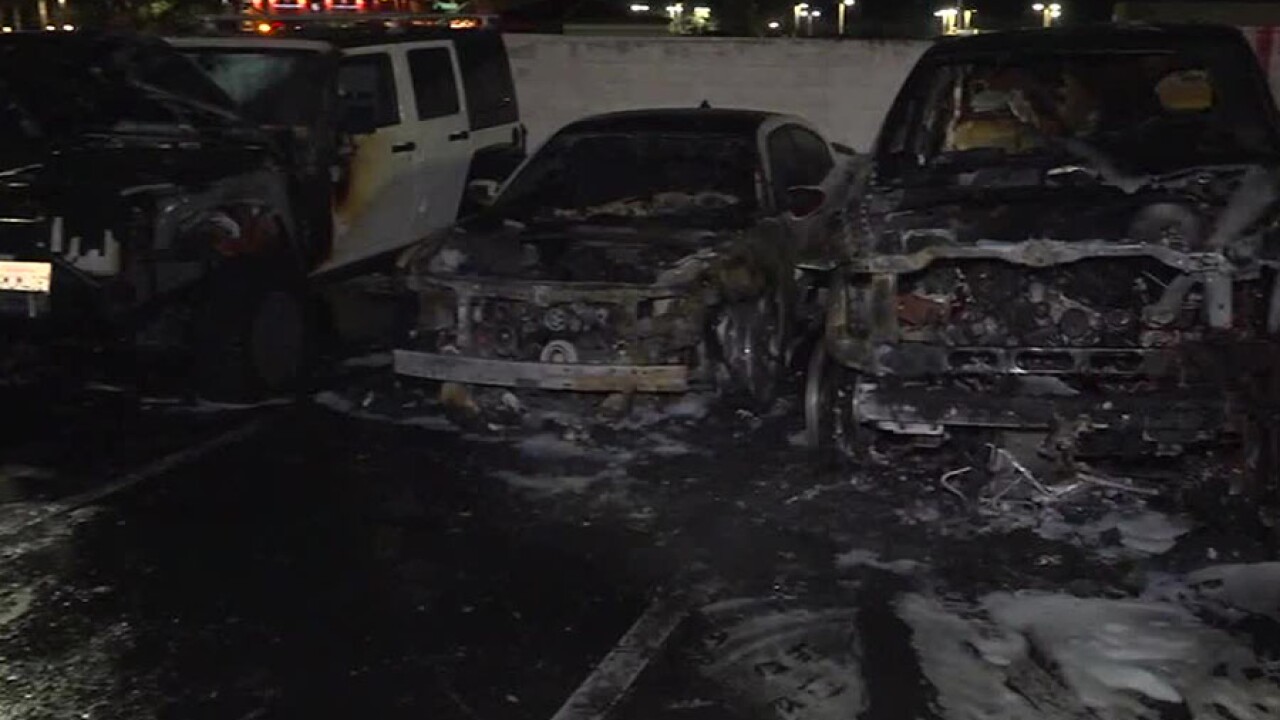 CARLSBAD, Calif. (KGTV) —Police say a fire that erupted at a North County car dealership in March was a part of an insurance scam by the suspect.

Carlsbad Police arrested Charleston Octavius McGhee, 29, on April 20 and charged him with multiple felony counts, including insurance fraud and arson.

He was also charged in association with the theft of a 2018 Dodge Charger Hellcat on April 4 from the dealership. His bail has been set at $185,000.

No one was injured, and eight customer vehicles were destroyed as part of the blaze.

Police said surveillance video showed the suspect, clearly, entering the dealership and heading directly toward the vehicles with two bottles of an accelerant.

Investigators believe McGhee set the fire in hopes the dealership would cover the damages since he didn't have a warranty, insurance coverage, or the proposed amount to cover damages to his vehicle.

The dealership is working with insurance companies to cover the loses of those other customers whose vehicles were involved in the fire, the dealership said.