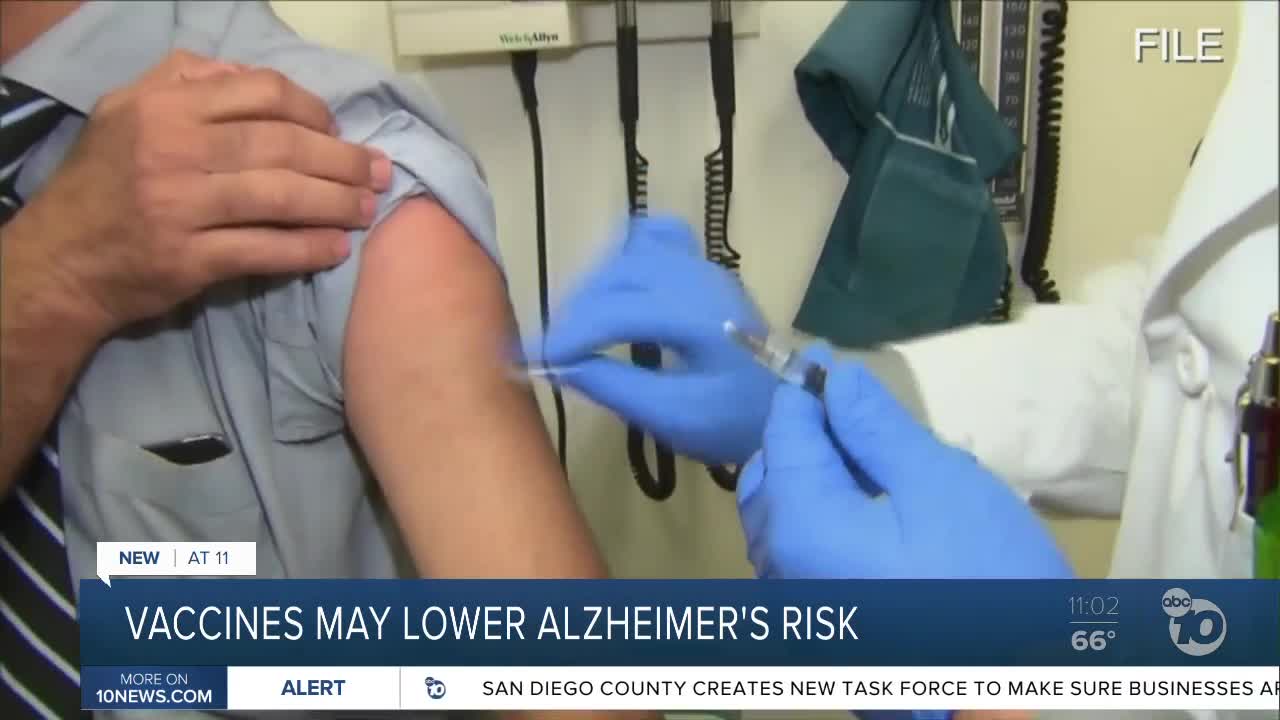 The findings were presented on Monday during the Alzheimer’s Association International Conference, which was held virtually for the first time because of COVID-19. The conference was supposed to be in Amsterdam this year.

In one study, researchers found that getting a flu shot showed a 17% reduction in the development of the disease. The earlier people got the vaccine, the better the protection against the disease.

“Each year, successively, if they did get another flu shot they got more reduction, so almost up to a 30 to 35% of a reduction of the development of dementia, just by getting the flu shot,” said Katie Croskrey, the executive director of the San Diego/Imperial chapter of the Alzheimer’s Association.

In a separate study, researchers found similar reductions for developing dementia for those that received a pneumonia vaccine between the ages of 65 and 75.

“You had a reduction of almost 40% of not developing dementia,” said Croskrey.

Croskrey said these studies are just the starting point for more research to find out how the vaccines are correlated to reducing the risks of the disease. More research is also needed to determine if just getting the vaccines alone reduce the risk, or if it has to do more with lifestyle changes.

Also announced on Monday, research that shows that individuals with dementia are six times more likely to die after infections than those that do not have dementia.

The virtual international conference continues on Tuesday, where researchers are expected to discuss blood biomarkers that could identify a person with a potential for developing Alzheimer’s up to 20 years before any symptoms appear.