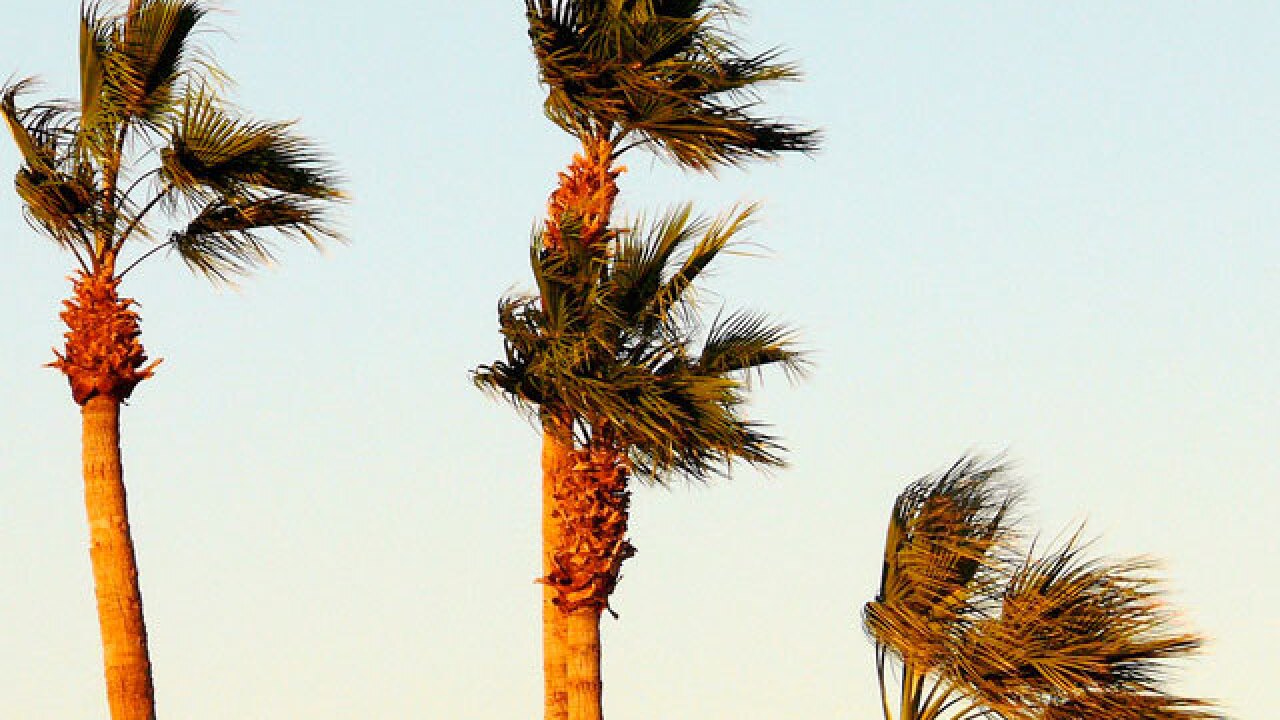 SAN DIEGO (KGTV) — A wind advisory has been issued for San Diego County Wednesday, as strong winds and "potentially damaging" gusts sweep through the region.

The advisory is in effect for the county's mountains and valleys from 4 p.m. Wednesday to 12 p.m. Friday and for coastal areas and deserts from 10 a.m. to 6 p.m. Wednesday.

Winds from the northeast could reach speeds between 20 to 30 mph in the mountains and valleys, with gusts hitting 55 mph in some areas.

Along the coast, winds will hover between 10 to 20 mph with top gusts of 45 mph. Elevated surf with waves between 4 to 6 feet and sets up to 7 feet are expected.

High-profile vehicles traveling through Alpine and Ocotillo on Interstate 8 and on State Route 78 are advised to watch their speeds on the roadways. Winds will have the potential to down tree limbs or tip high-profile vehicles in the area, according to the National Weather Service.

NWS says the strongest winds and "potentially damaging" gusts will be felt Wednesday evening into Thursday.

For those who suffer from allergies, Santa Ana winds can sometimes trigger those medical issues. The strong winds are not expected to increase the risk of wildfires in the region.