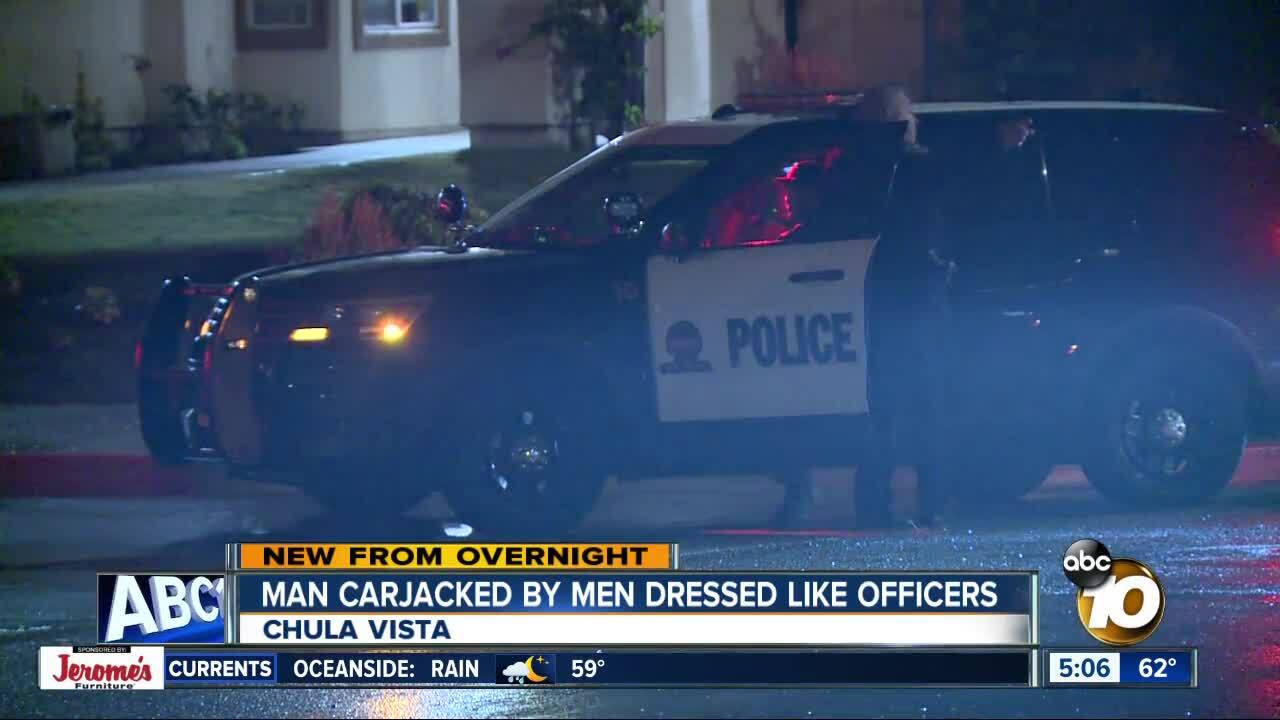 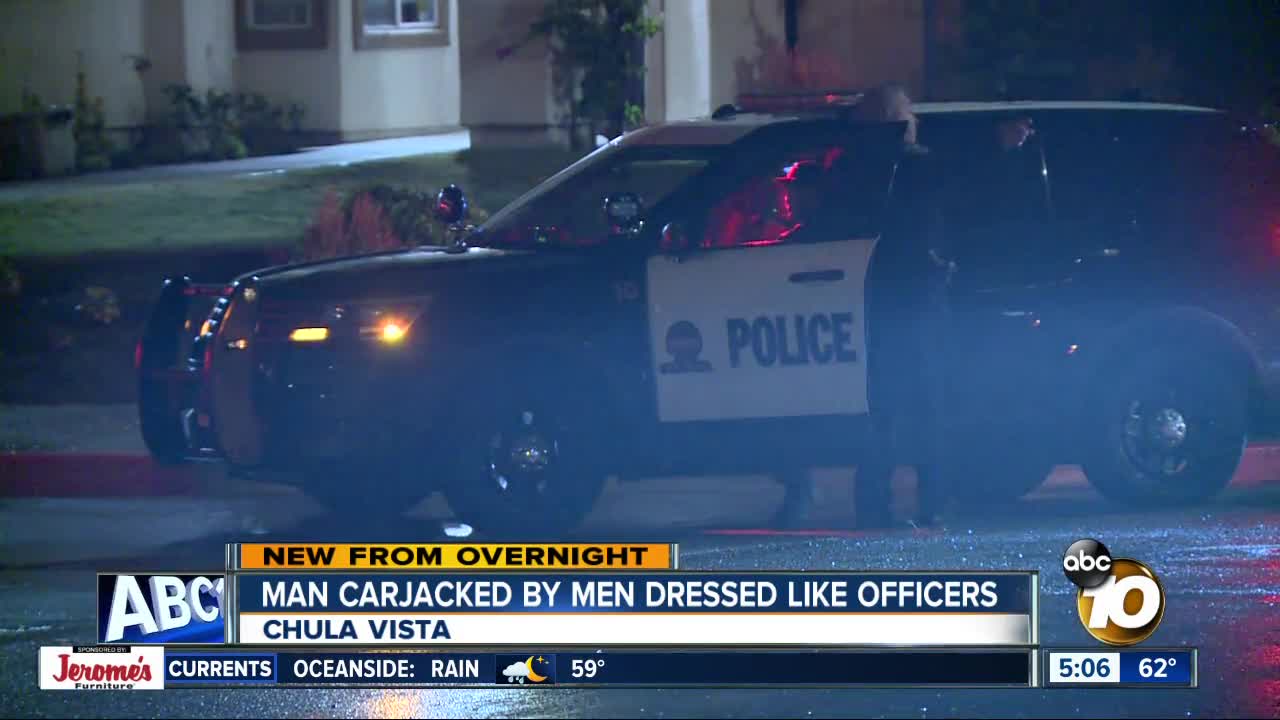 The incident was reported just before midnight Tuesday in the Rancho Del Rey III neighborhood in East Chula Vista.

Police said a group of men, armed with guns and wearing bullet proof vests, were driving in two white Ford Expedition SUV’s, which appeared to look like squad vehicles.

The suspects shined lights on the male victim at the entrance to an apartment complex at 1200 J Street, according to police. Two people wearing vests with the word 'police' on the front ordered him to get out of his Renault Koleos SUV.

Police said the victim believed the suspects had a gun. He got into one of their SUVs and was driven to Paseo Del Rey Park, located between Telegraph Canyon Road and East J Street. The suspects released the victim unharmed at the park, according to police.

The victim walked 40 minutes to a residence on J Street to call 9-1-1, police said. He was not hurt in the incident, police said.

The suspect vehicles and the stolen SUV are still outstanding, according to police. All three SUVs had Baja California vehicle plates, including the Renault Koleos, which is Baja ARB319A.

No further description or information about the suspects was available at this time.

Anyone with information about this incident is urged to call the Chula Vista Police Department.