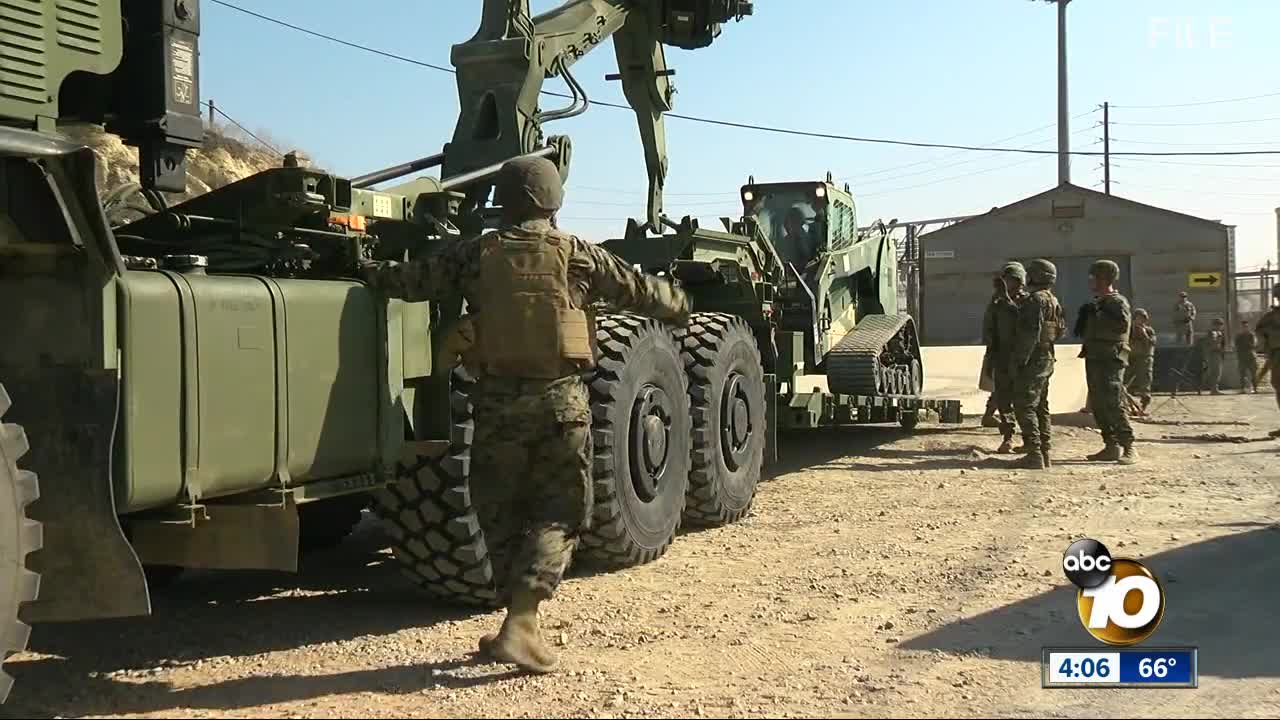 About 160 military police and engineers will be sent to border crossings in San Diego and El Paso this weekend, according to the U.S. Customs and Border Protection. 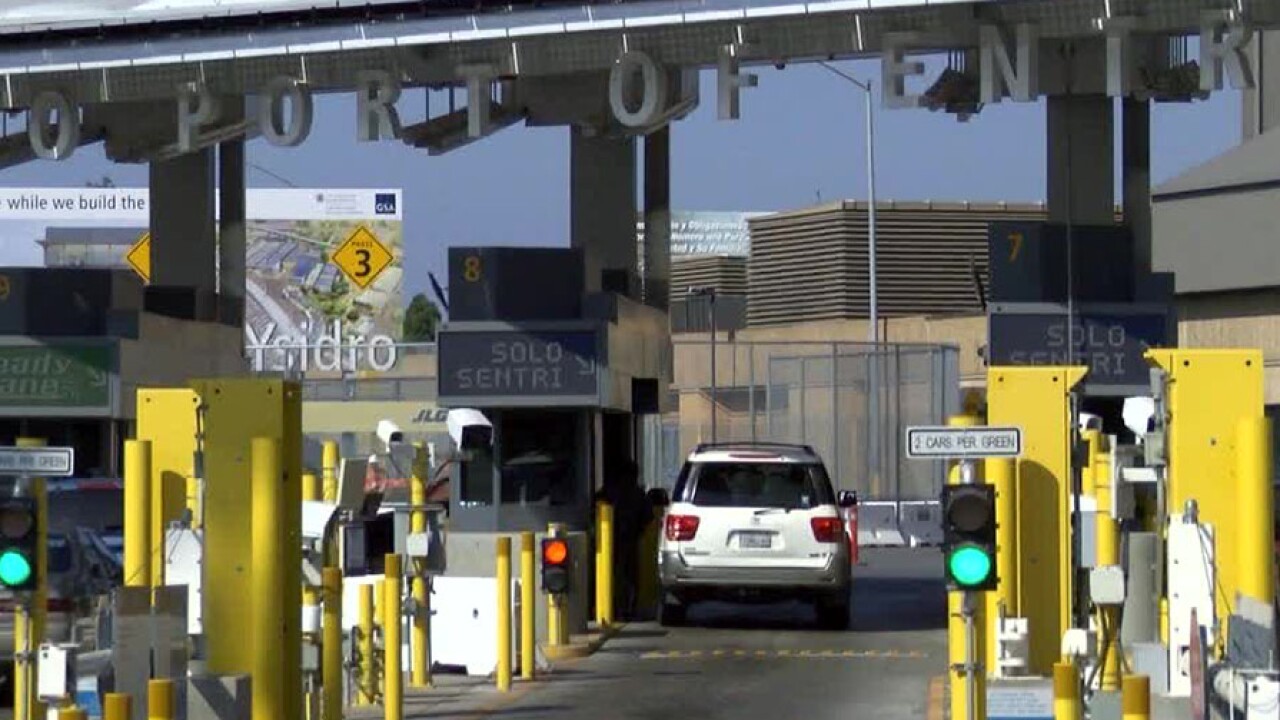 SAN DIEGO (KGTV) — About 160 military police and engineers will be sent to border crossings in San Diego and El Paso this weekend, according to the U.S. Customs and Border Protection.

The government will send 80 active-duty troops to San Diego and another 80 to El Paso, according to CBP and the Department of Defense (DoD). Troops are expected to arrive at the two locations Saturday.

CBP confirmed to 10News the Department of Defense will provide a "crisis response force" (CRF) for the San Ysidro Port of Entry (POE) in case a federal appeals court nixes a Trump Administration policy known as "Remain in Mexico," and due to coronavirus containment concerns.

RELATED: Trump: US could close borders to guard against coronavirus

"Based on the pending MPP [Migrant Protection Protocols] decision, continued concern of large groups attempting to forcibly enter through the San Ysidro POE, and COVID-19 containment and mitigation concerns, CBP has activated the CRF," a CBP spokesperson said.

Though the spokesperson later downplayed that the troop surge was in direct response to coronavirus cases.

"...The DoD is not doing anything in direct terms of COVID-19. CBP officers are still doing all immigration related screenings. This is more about port security," the CBP spokesperson added. "As demonstrated last Friday following the 9th Circuit’s MPP ruling announcement, the balance between facilitating the flow of legitimate trade and travel while upholding our national border security mission and the safety of the public and our personnel is delicate."

The government's "Remain in Mexico" policy requires asylum seekers to stay in Mexico while their cases are processed through the U.S. court system. Last week, when the policy was temporarily stopped, crowds gathered at an El Paso crossing.

In response to the incident, CBP said five port of entries have either been closed or had operations partially suspended.

"[POEs] are not designed or equipped to handle extremely large groups of travelers arriving all at the same time and temporary closure of a POE is contemplated as an extreme option, as necessary for public safety and border security," the spokesperson said.

San Diego Mayor Kevin Faulconer's office, however, said while the extra troops are welcomed in San Diego, they shouldn't be treated as a long-term solution.

“San Diego supports our brave men and women in the military and appreciates their service wherever it may be. Deploying the military to the border is not a viable long-term solution. As we saw with the reversal of the 'Safe Release' policy back in 2018, San Diego’s non-profit community and regional agencies quickly responded to establish a temporary shelter for migrants who were being released onto San Diego streets as a result of changes to Federal immigration policy. The City continues to be in close communication with U.S. Customs and Border Protection and our local non-profits to monitor the situation," said Ashley Bailey, Senior Press Secretary of the Mayor's office.

The DoD told 10News that the additional troops will install temporary barriers to restrict access through POEs and provide protection for CBP personnel at the locations, if needed.

"The service members are from the 687th Engineer Construction Company and the 519th Military Police Battalion. Both units are from Ft. Polk, La.," the DoD said. "Additionally, the Governor of Texas has ordered the Texas National Guard to deploy a team of Soldiers from the 136th Maneuver Enhancement Brigade (MEB) to the Brownsville, Texas area to conduct quick reaction force training in support of CBP."