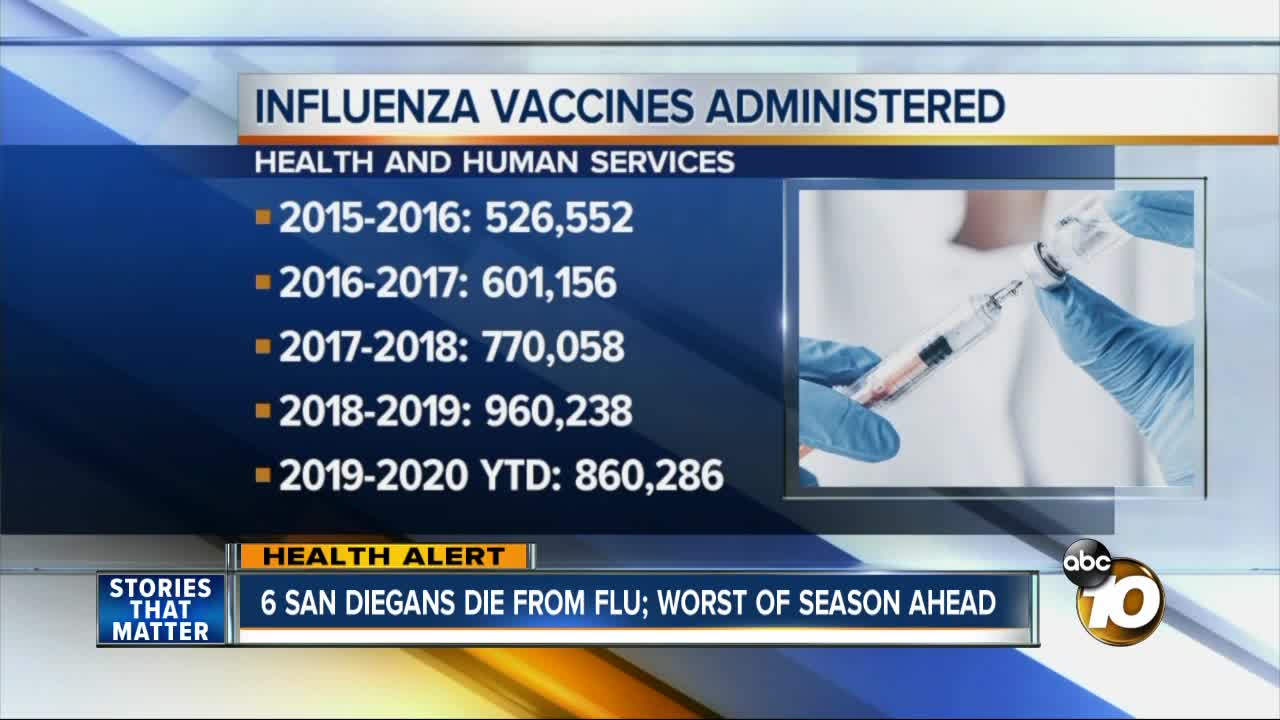 Six San Diegans die from flu; worst of season ahead 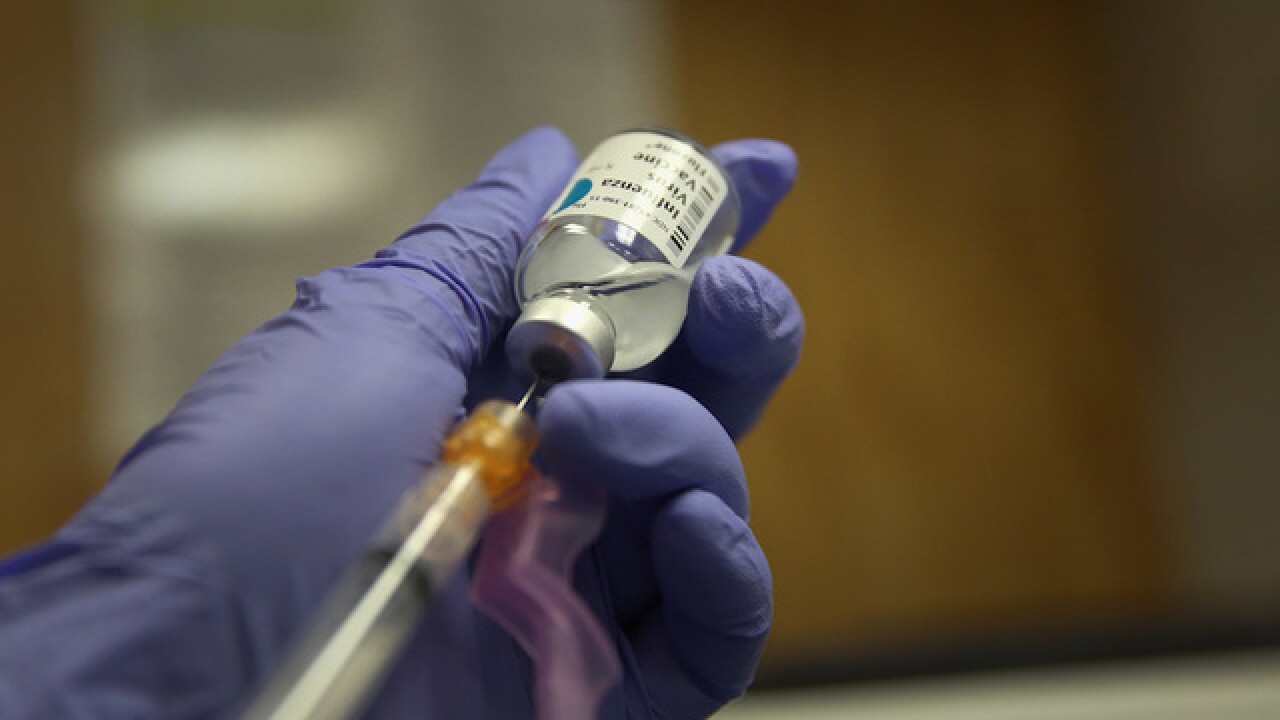 SAN DIEGO (KGTV) — A 59-year-old woman is the sixth person to die from the flu in San Diego County this flu season.

The East County woman died on Nov. 23 from influenza B and there was no indication she received a flu shot this season, according to the County Health and Human Services Agency. The woman reportedly had underlying health conditions as well.

RELATED: Health officials stress getting vaccinated for the flu ASAP

The county says 203 lab-confirmed flu cases were reported last week, almost double the previous week's total. This season, there have been 930 flu cases reported, which is more than double the amount of reported cases at this time last year.

“Influenza deaths are very unfortunate, but they do occur,” said Wilma Wooten, county public health officer. “This death serves as a strong reminder of the importance of getting a flu shot.”

A list of locations offering flu shots can be found at the county's immunization website or by calling 211 for the county's health hotline.

County health officials also remind locals to help prevent catching the flu by washing their hands thoroughly, using hand sanitizers, stay away from others who may be sick, cleaning commonly touched surfaces, and to avoid touching their face.

People with chronic medical conditions, pregnant women, people over 65, and people who live with or care for others who are higher risk are also encouraged to get a flu shot as they face a higher risk of complications from influenza.