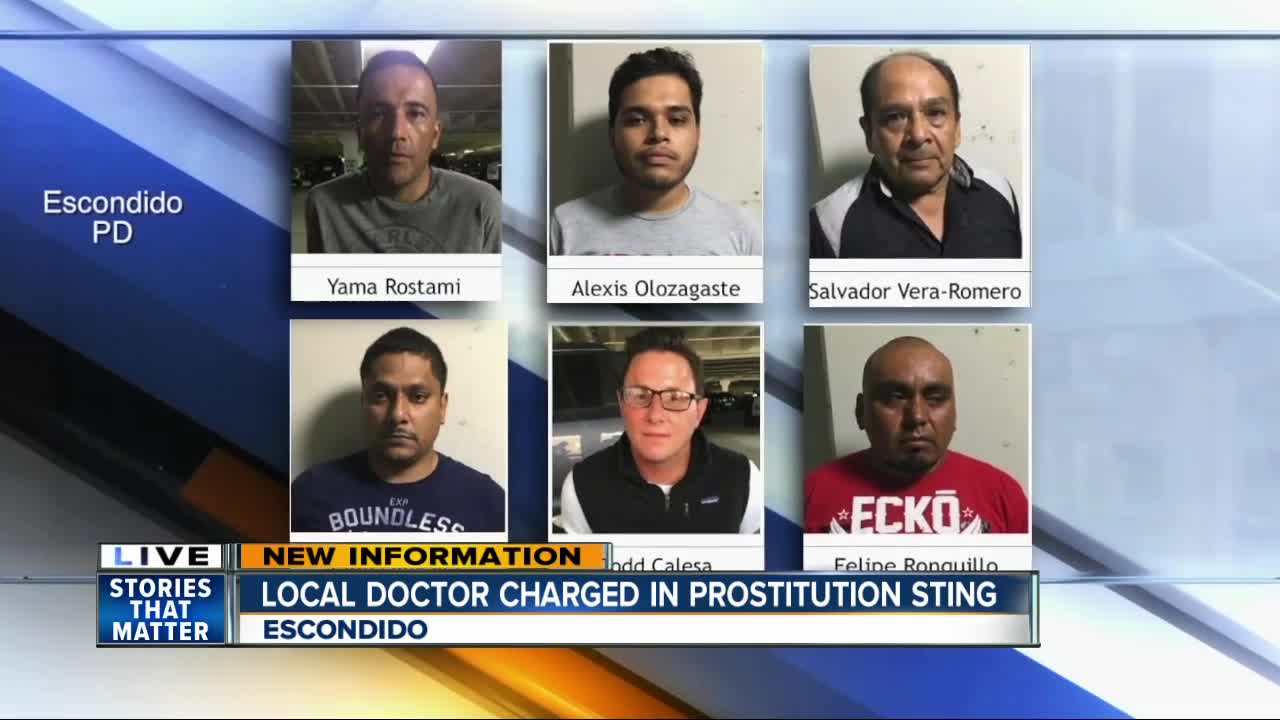 Police said they want to send a message to men 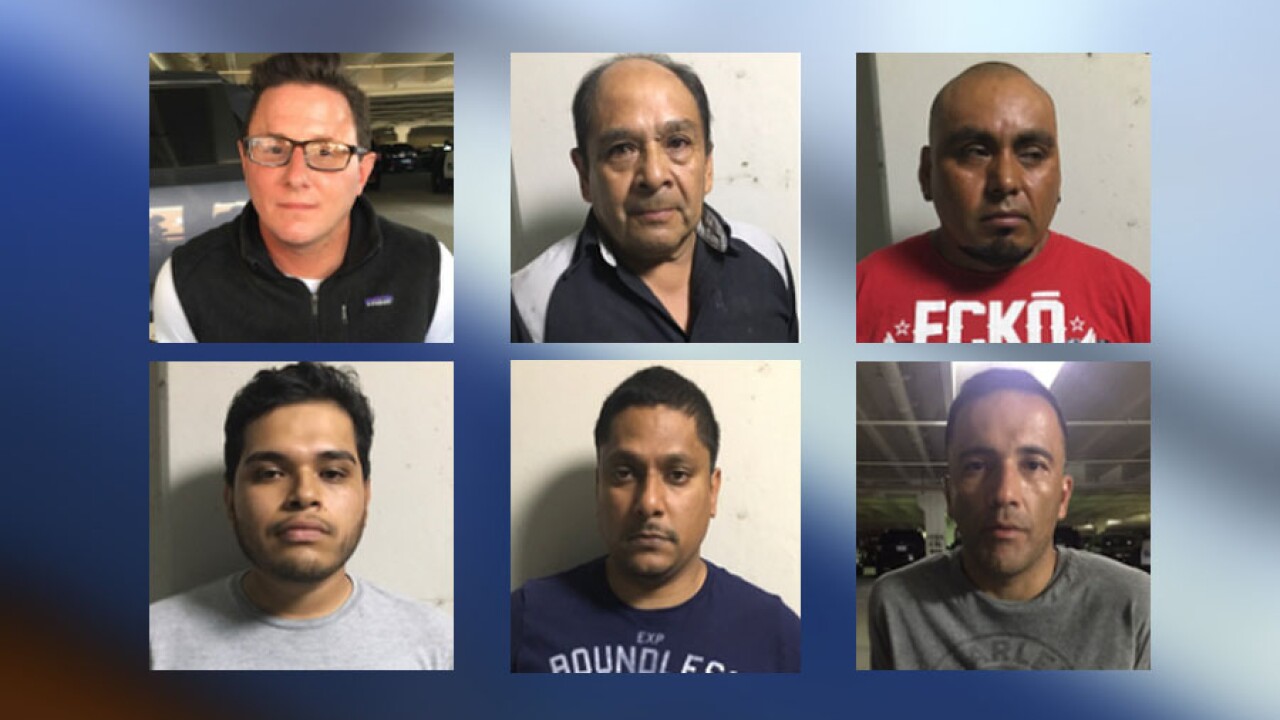 Escondido police announced Monday the arrests of the men, accusing them of making “arrangements over the internet to trade money for sex acts”:

Undercover officers posted messages on various social media sites asking to trade money for sex. The men showed up at an undisclosed location in Escondido where they were arrested.

Panicker is a family medicine doctor at the Vista Community Clinic in Oceanside. A spokeswoman at the clinic said an internal investigation was underway and there would be no further comment. According to the Medical Board of California, Panicker's license is renewed and current. The board had no disciplinary history against him.

According to Escondido police: “These men went to an agreed location where they were contacted and arrested by law enforcement officers for the violation of California Penal Code 647(b)(1) – soliciting or agreeing to participate in any act of prostitution.”

Police said of Rostami’s arrest: “This man went to an agreed location where he was contacted and arrested by law enforcement officers for the violation of California Penal Code 266i(a)(1) – Pandering procuring another person for the purposes of prostitution.”

Photos of the men arrested in the operation were released to the public by Escondido police.

Police are reminding the public of the crime of prostitution: “Prostitution is not a victimless crime. This criminal activity has evolved and often includes young women who are coerced to participate in prostitution often arranged online. Many of these women are forced to use highly addictive drugs, suffer physical assaults, and are forced to perform sexual acts against their will as initiation into this modern form of slave labor. Oftentimes, these activities occur at the direction of criminal gangs and/or organized crime.

If you are a victim of human trafficking or suspect someone who is, please get help by calling the National Human Trafficking Resource Center toll free, 24/7 Hotline at (888) 373-7888 or text HELP to 233733 (BEFREE). If you or someone else is in immediate danger, CALL 911.”