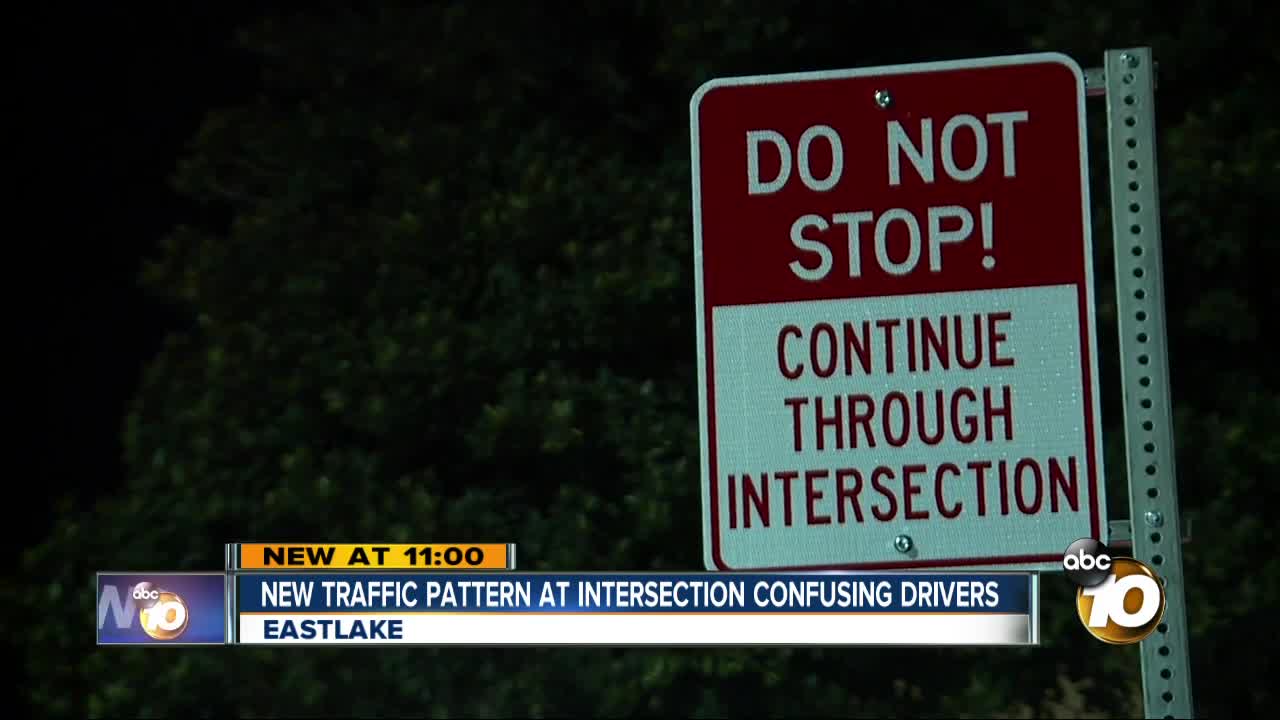 The intersection at Olympic Parkway and Town Center Drive used to be a four-way stop, but a few weeks ago, the stop sign was removed for traffic coming in from Olympic Parkway.

There are multiple signs warning drivers of the new traffic pattern, alerting them that incoming traffic no longer stops, but drivers say not everyone is paying attention or following the new rules.

Some drivers told 10News they've had several close calls, almost getting hit by other drivers. Some are now avoiding the intersection altogether and entering the shopping center from another street.

A city spokesperson told 10News they are looking into the situation and since the intersection is on private property, the traffic engineer will let the property manager know if they have any suggestions.