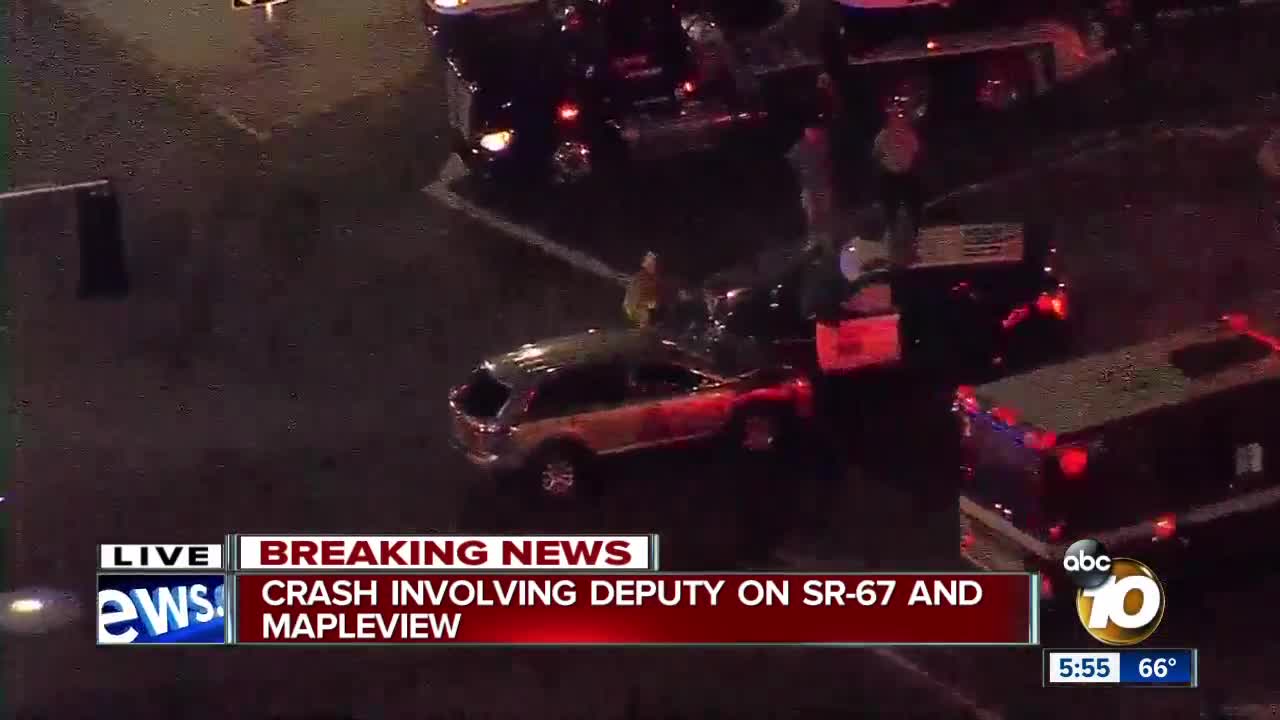 A deputy was involved in a crash in San Diego County Thursday night.

According to the San Diego County Sheriff’s Department, the crash happened on Mapleview Street near State Route 67.

Two vehicles were involved in the crash, but authorities say the deputy was uninjured.

The condition of the other driver and the circumstances surrounding the crash are unclear.