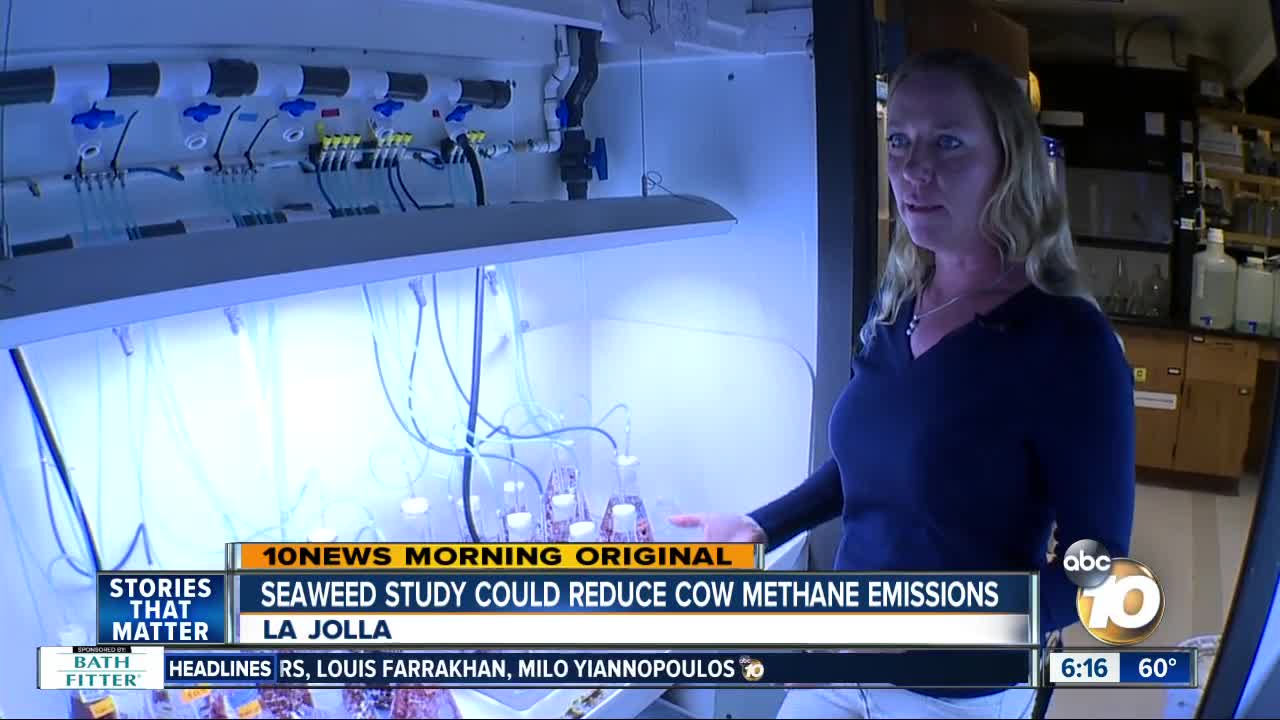 Researchers at the Scripps Institution of Oceanography are working on a way to eliminate methane production in cows. They think a specific type of seaweed would help reduce the amount of gas a cow gives off. 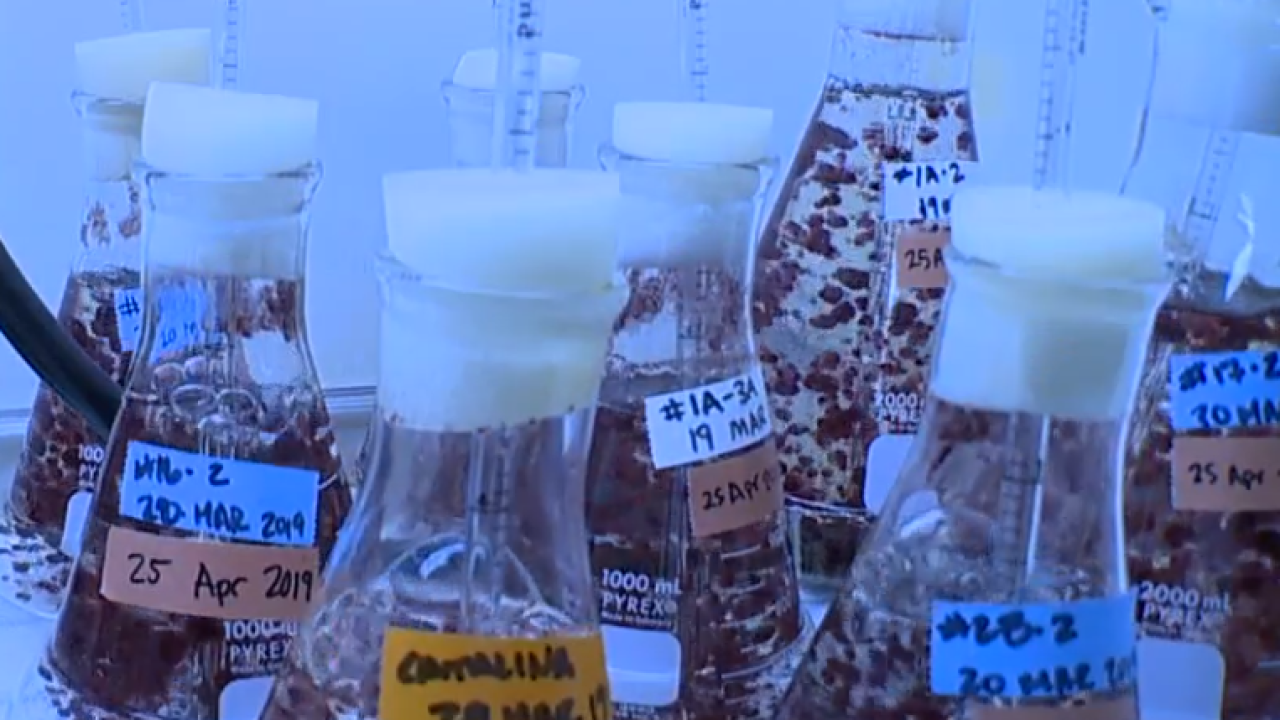 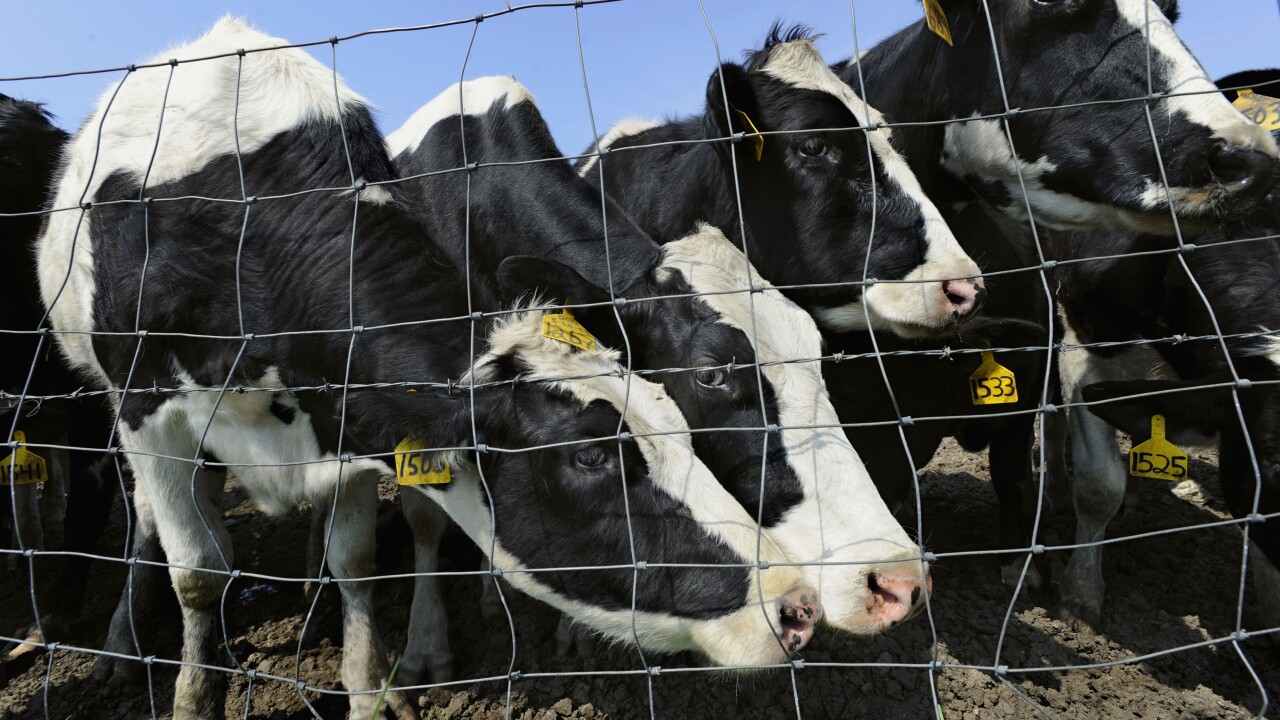 LA JOLLA, Calif. (KGTV) - Getting cows to burp and pass gas less could be vital to curbing global warming. Now, researchers at the Scripps Institution of Oceanography at UC San Diego think they have the solution: seaweed.

"Everybody chuckles," says lead researcher Jennifer Smith. "It's one project that almost anyone you talk to can relate to."

Smith is working with researchers at UC Davis on an ambitious project that could eliminate methane production in cows.

"They're the largest source of methane emissions in California, from a human-derived perspective," says Smith.

Part of the cow's digestive process produces methane as a byproduct. As cows release it from their body, it goes into the atmosphere.

With 5.2 million dairy and beef cattle across the state of California, eliminating all that gas could have a profound effect on global warming.

Through the study, they've found one specific type of seaweed can help eliminate the creation of methane during digestion. The plant is called Asparagopsis taxiformis. It grows off the Southern California coast and around the coastal islands.

Researchers at UC Davis found that if they mix the seaweed in with the cow's food, it reduces the amount of methane they release. They're studying how much seaweed needs to be fed to the cows to have the best effect. They're also looking into what effects it can have on a cow's health and on the meat and dairy it provides.

Meanwhile, Smith and her team at UC San Diego are trying to find a more efficient way to farm Asparagopsis.

"We're trying to see how fast we can grow it, how we can manipulate things like light, temperature and nutrients to maximize growth rate," says Smith.

They're also trying to see if they can grow a more concentrated form of Asparagopsis, to reduce the carbon footprint of producing and shipping it to farms.

"It's definitely a big task," says Smith. "And it's something I'm super excited about working on. I get goosebumps every time I talk about it."

More information about the study can be found on theScripps Institution of Oceanography website.