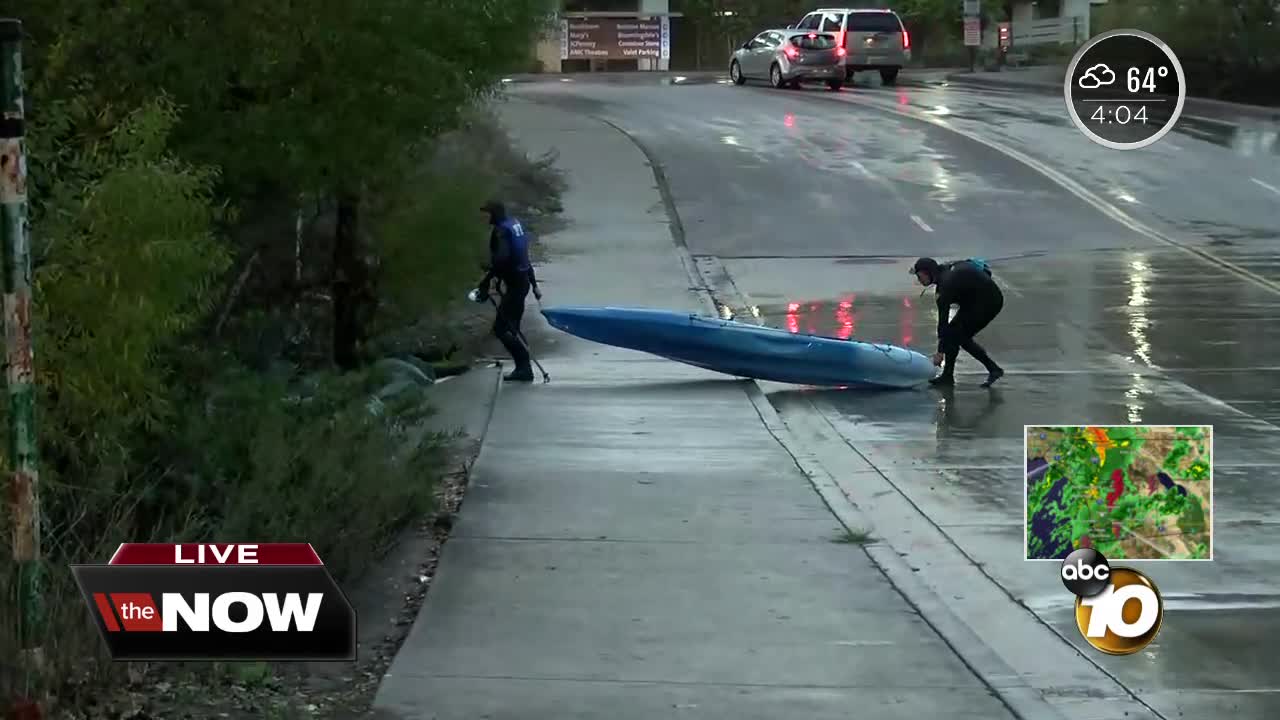 The men were navigating down the San Diego River. 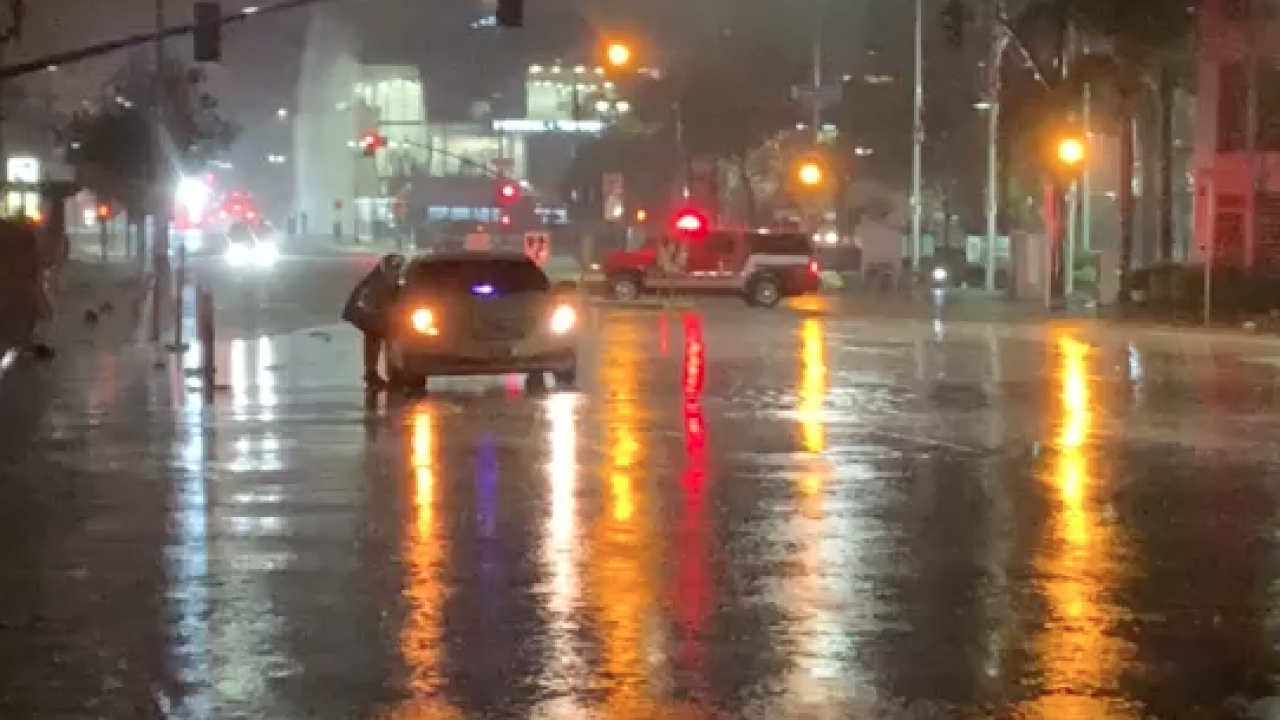 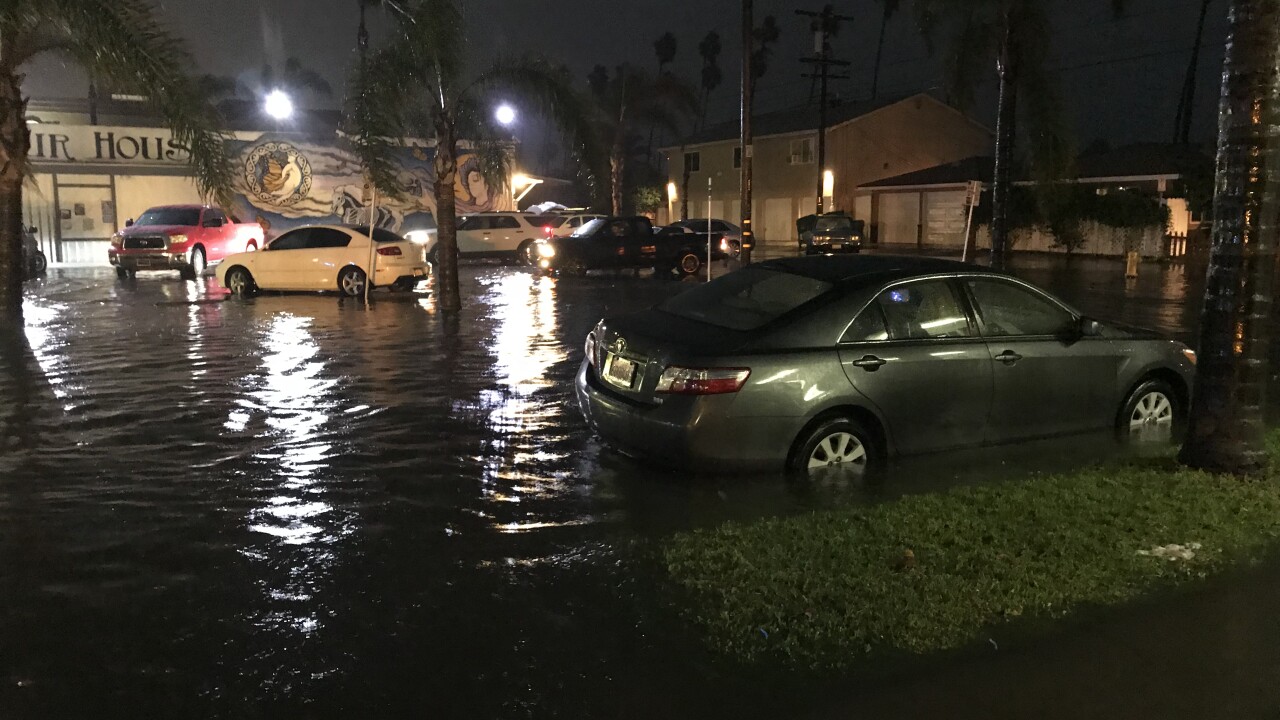 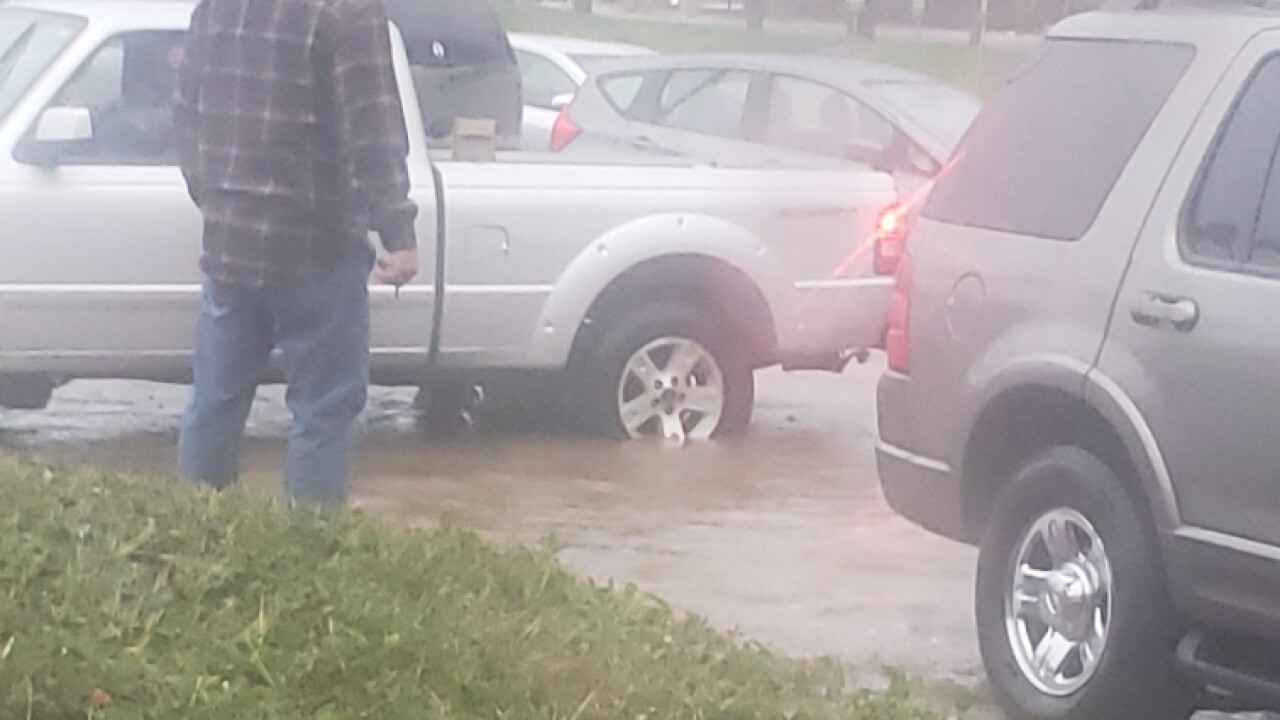 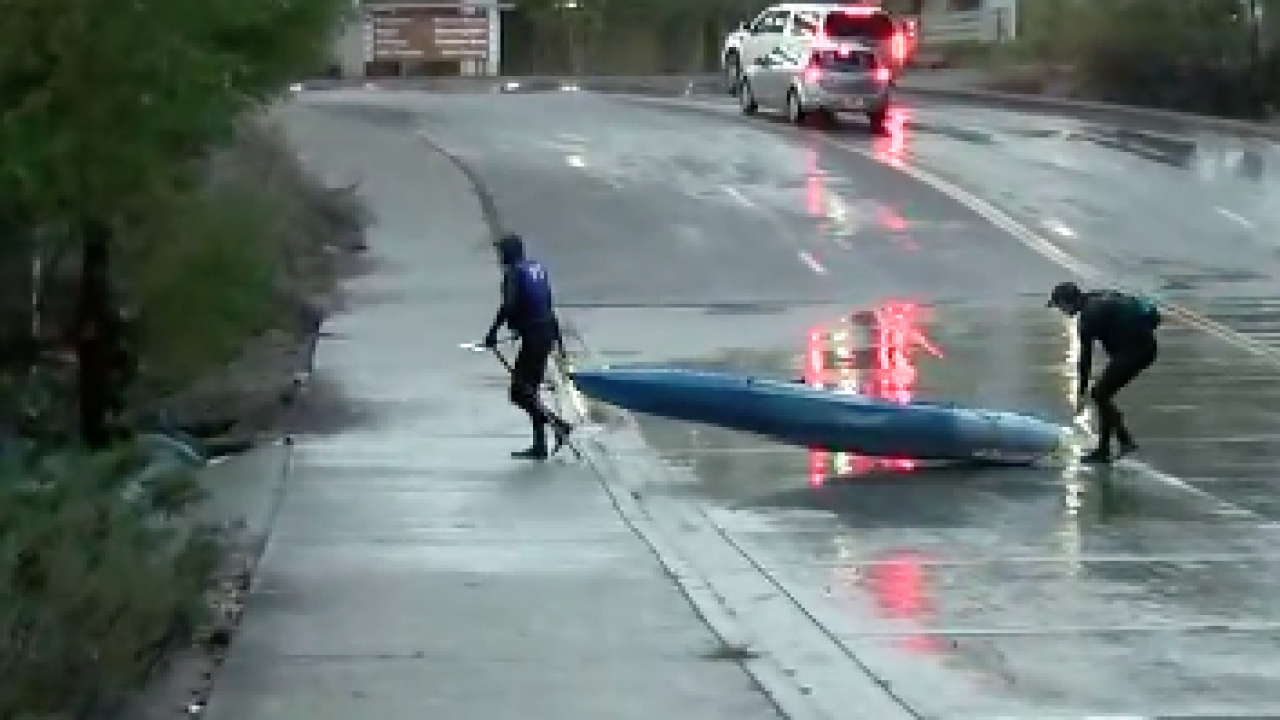 UPDATE, 7:02 p.m.
A water main broke at Pacific Highway and Laurel Street, creating a small geyser and flooding streets. Drivers are trapped in their cars at this busy area near Lindbergh Field.

UPDATE, 6:39 p.m.
More than 1,100 customers in Coronado don't have power, SDG&E reports. The utility has made progress restoring power from an earlier outage affecting 1,100 homes and businesses in Escondido.

UPDATE, 5:56 p.m.
Lindbergh Field is asking travelers to allow for extra time to reach their flights. The airport is reporting multiple delays.

UPDATE, 5:40 p.m.
San Diego Gas and Electric is reporting at least six power outages in North County and Chula Vista. The largest outage is affecting about 1,100 customers in Escondido, Rancho Bernardo and San Pasqual. The utility company could not immediately confirm the outages were weather related.

SAN DIEGO (KGTV) - The storm that reached San Diego County Wednesday strengthened as it moved out Thursday, bringing lightning, thunder and flooding to the region.

The National Weather Service tracked a band of heavy activity Thursday afternoon. Residents in Oceanside were the first to report to heavy showers before the storm moved east.

Oceanside Police sent an alert to residents which read in part, "Oceanside is being affected by heavy rain and flooding in the city. This will include intersection and several roadways. If the roadway appears unsafe you are being advised to not attempt to drive through that area. If possible, we recommend you do not drive unless absolutely necessary."

Flooding was reported in several neighborhoods, including Mission Avenue at El Camino, according to 10News Meteorologist Angelica Campos. Coast Highway and Kelly also flooded, trapping people in their cars.

A 10News viewer sent a photo of cars stuck in flood waters near the Souplantation restaurant on Marron Road in Carlsbad. The restaurant closed early due to the situation.

In San Marcos, two funnel clouds lowered, but lifted back up into the cloud layer, Campos said.

The storm also contributed to increased crashes on San Diego’s roads. 10News spoke with a driver at Isabel Towing who worked 16 hours Wednesday and was prepared for another long day.

“When they don't slow down, they hit another car and instead of one car, five cars get into wrecks,” said Amado Rosario.

Heavy rain on I-805 headed down to #ChulaVista. Careful on the roads! @10News pic.twitter.com/VdGbjUFHRv

Two kayakers chose to take advantage of the rising water levels. They were caught on camera during Cassie Carlisle's live report, moving their kayak over a dry spot of the San Diego River in Mission Valley.