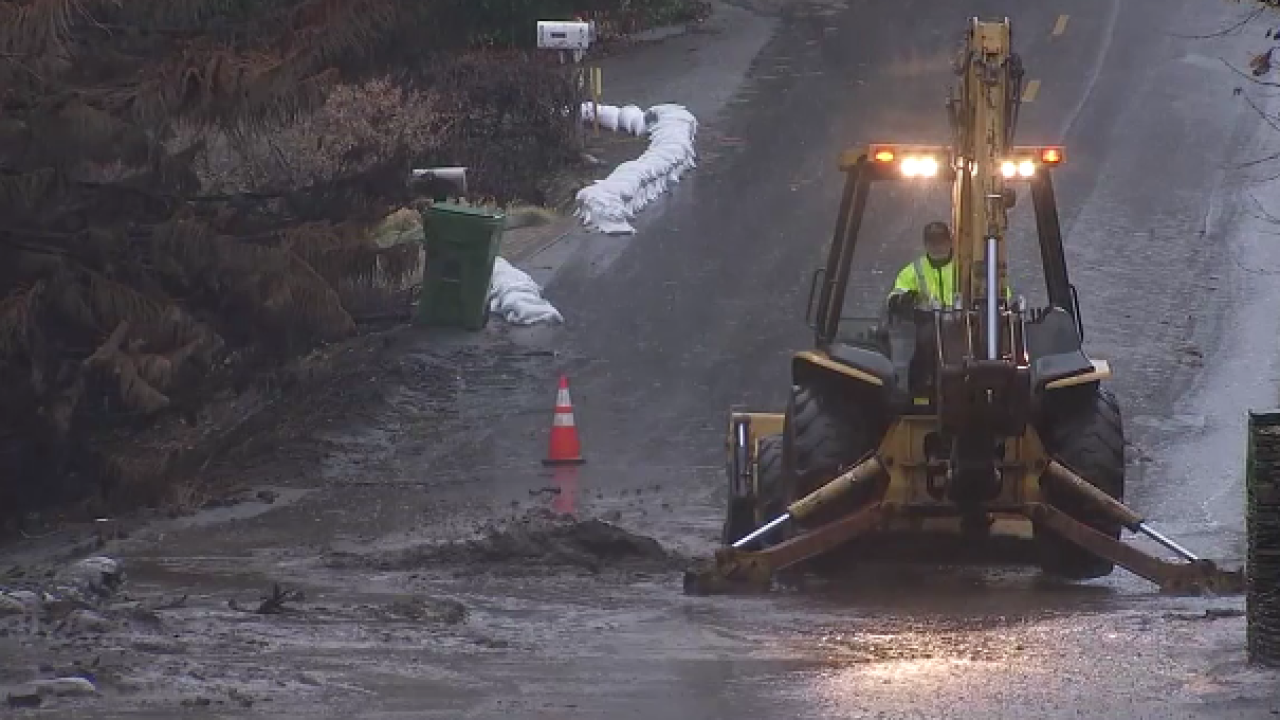 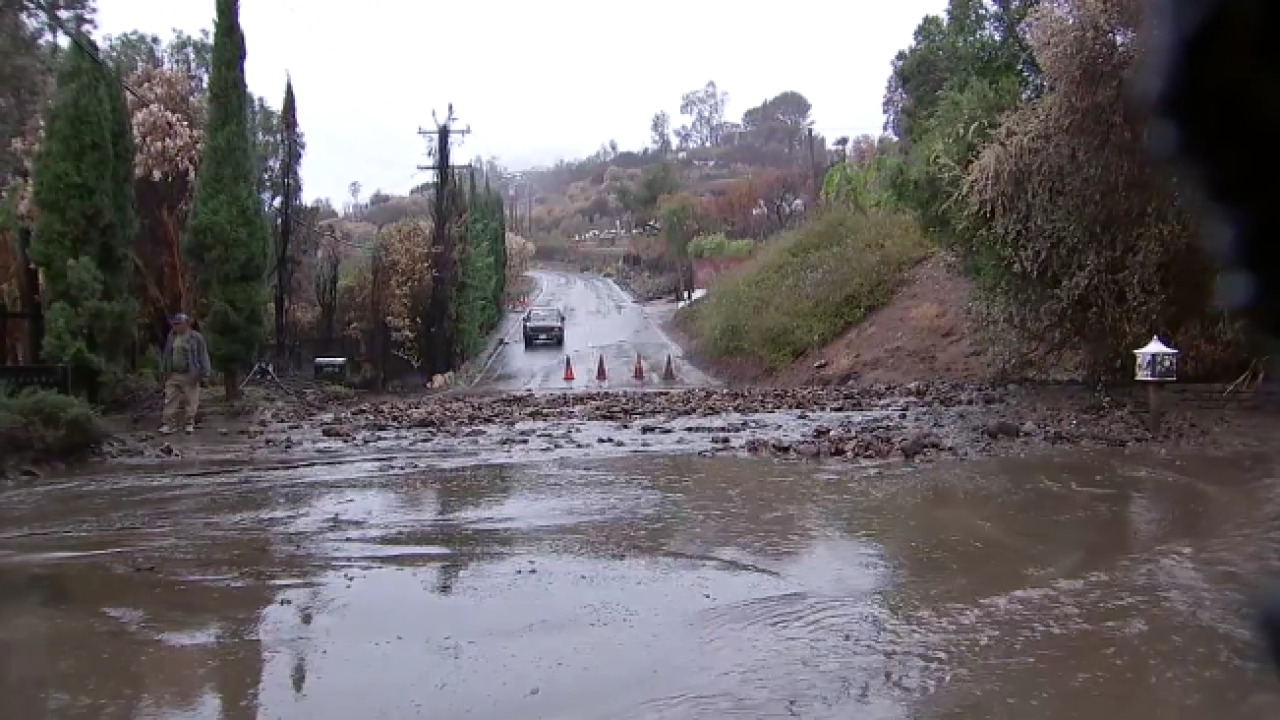 LOS ANGELES (CNS) - Mudslides, flooded freeways and dangerous driving conditions plagued the Southland Thursday thanks to a second straight day of rain, prompting road closures, mandatory evacuation orders in Orange County and fears that the situation could get much worse before the storm moves out.

As of midday, no evacuation orders had been issued in the Malibu area, the scene of the recent Woolsey Fire that now has residents on the lookout for mud and debris flows.

A mudslide during the morning commute inundated a stretch of Pacific Coast Highway near Leo Carrillo State Beach, forcing a full closure of the heavily traveled roadway clear north to Ventura County. Crews had the bulk of the mud cleared by midday, and the road was reopened.

In Orange County, voluntary evacuation orders were issued Thursday morning for select neighborhoods near the Holy Fire, affecting the Trabuco Creek, Rose Canyon and Mystic Oaks/El Cariso areas. By early afternoon, however, the evacuation order was elevated to mandatory for Trabuco Creek, and residents in Rose Canyon were asked to shelter in place due to road closures at Trabuco Canyon Road at Rose Canyon and Plano Trabuco Road, according to Carrie Braun of the Orange County Sheriff's Department.

In Sun Valley, rainwater flooded a stretch of the Golden State (5) Freeway. All southbound lanes of the freeway were closed at Sheldon Street, and the Lankershim Boulevard, Sunland and Penrose onramps were shut down. Traffic was being diverted onto the Hollywood (170) Freeway.

Many drivers in Orange County found themselves stuck in flooded streets, but no one has been hurt, said Orange County Fire Authority Capt. Tony Bommarito.

Coast Hwy is closed in South Laguna between 3rd Ave and 9th Ave due to flooding. @NWSSanDiego pic.twitter.com/FcYXyF5sRQ

``We've got calls all over the place with flooding trapping people in cars, but no injuries reported,'' he said. ``We have multiple cars stalling in intersections. We're telling people if you can stay indoors then stay indoors and wait till the rain subsides. Right now the drains can't keep up. Public works is doing their best to clear the drains right now, but there's been too much water coming down.''

Forecasters noted that around midday, the area had been hit with more than an inch of rain in an hour, raising the threat of debris flows near the Canyon and Canyon 2 fire areas.

The rain made for a challenging morning commute, as was the case Wednesday, when, according to the California Highway Patrol, there were 119 accidents reported on Los Angeles County freeways between 5 and 10 a.m., compared to 93 under dry conditions a week earlier. Forecasters said motorists must be particularly vigilant on canyon roads.