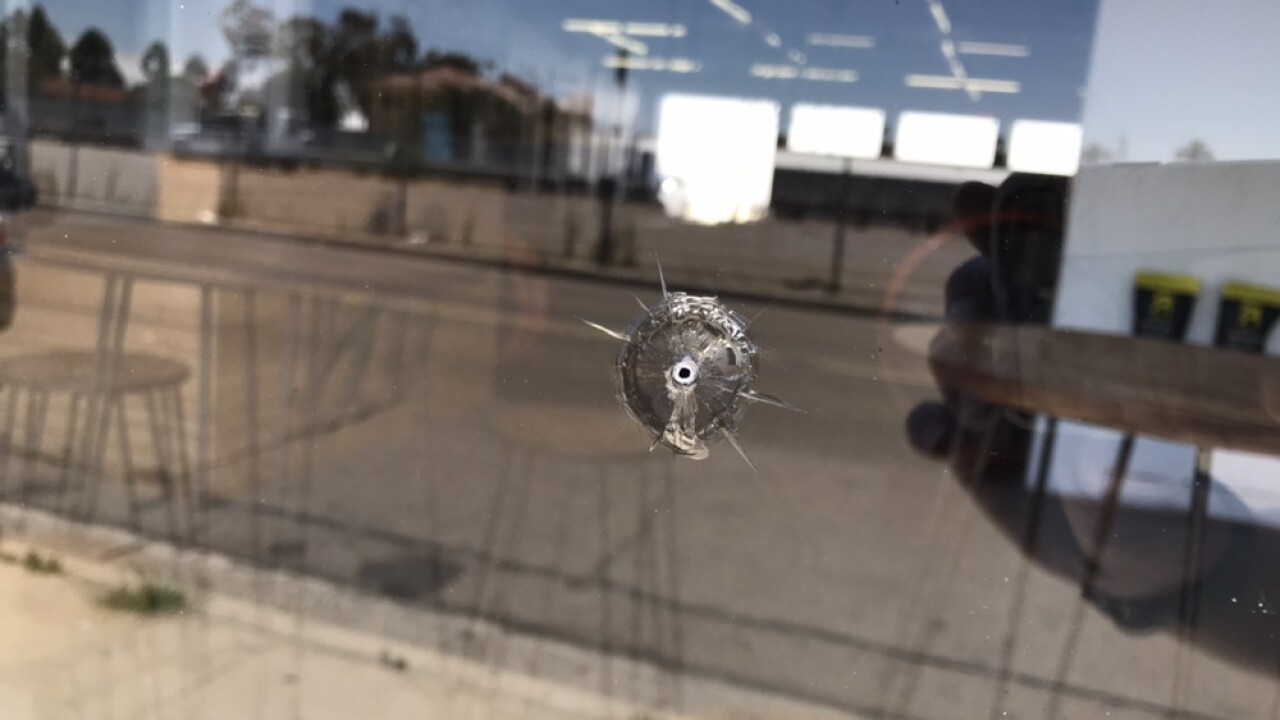 SAN DIEGO (KGTV) -- Another report of BB gun vandalism, this time in Mission Hills, has police warning residents all over San Diego to be alert.

The latest report of vandalism came Thursday at a string of businesses in Mission Hills along the 4000 block of Pacific Highway. Pictures of the area show holes in glass and workers boarding up large windows damaged by the vandals.

Police say there is no indication that the incidents are connected.

Previous incidents were reported between June 24 and July 8 in the late evening and early morning hours.

See the incidents below: