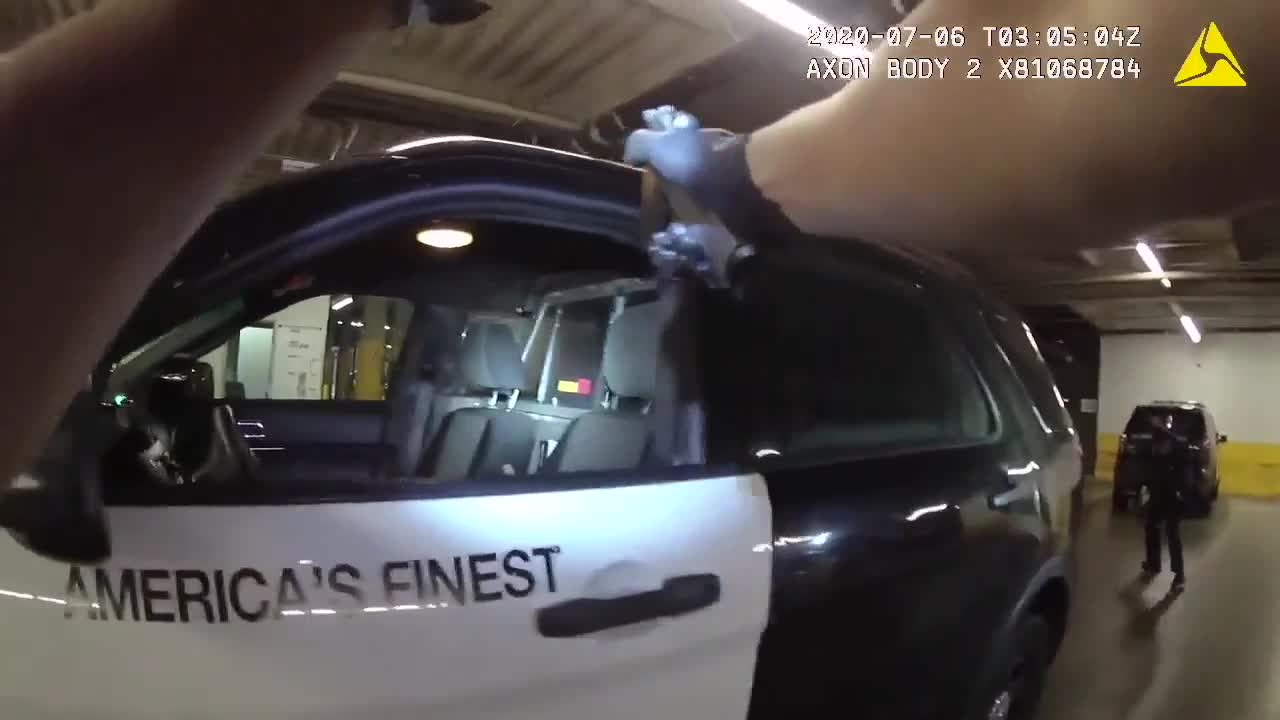 San Diego Police have released video footage of an officer-involved shooting involving a man who was arrested and reportedly stole a gun out of an officer's backpack Sunday. 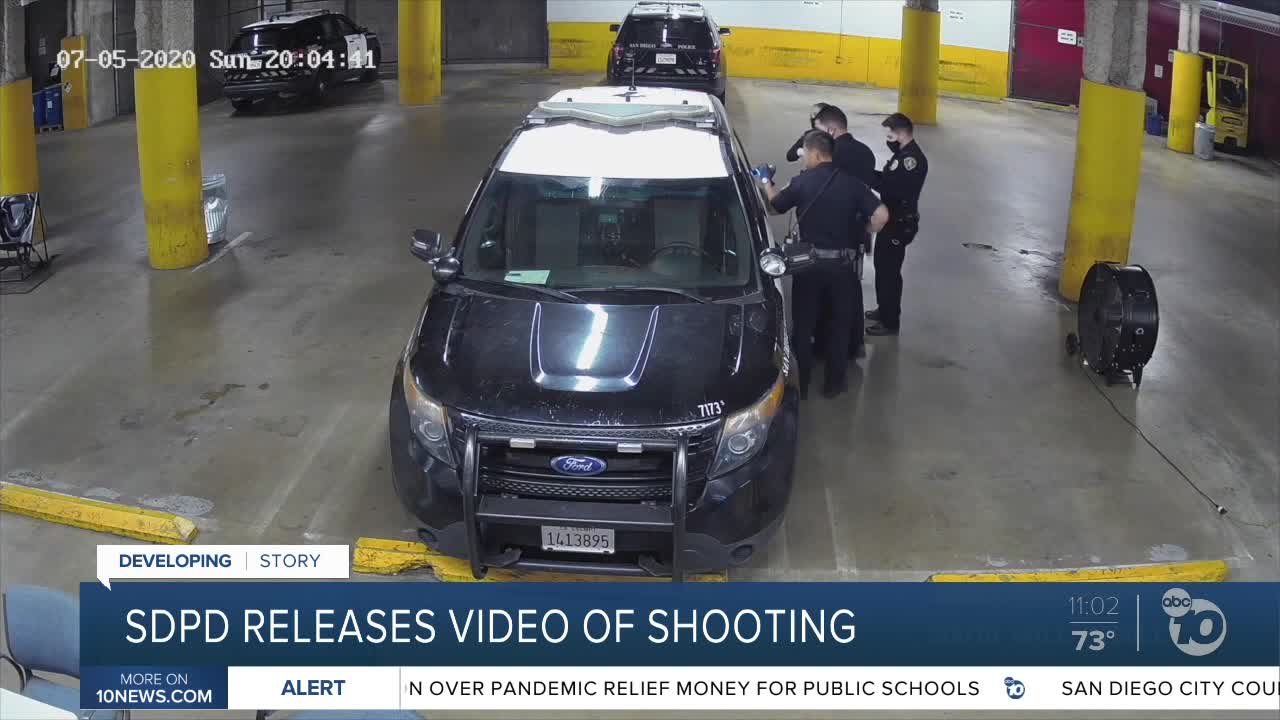 SAN DIEGO (KGTV) — San Diego Police have released video footage of an officer-involved shooting involving a man who was arrested and reportedly stole a gun out of an officer's backpack Sunday.

The footage includes bodycam video from officers inside the police station's sally port, as well as surveillance footage of the parking area.

Police say a 25-year-old Hispanic man, later identified as Keith Bergman, was arrested shortly after 6:20 p.m. after an incident at a downtown San Diego hotel on Sunday. A hotel security guard reported the man was “acting strange” and threatening others.

Bergman was evaluated for being under the influence and arrested, according to SDPD. Police say they found methamphetamine and five credit cards that didn't belong to him in his pockets.

See the video in the player above (If the video doesn't appear below, click here)

Officers brought Bergman to SDPD headquarters. Just after 8 p.m., police said the suspect somehow freed one hand from his handcuffs while inside the patrol SUV, and then broke a divider that separates the prisoner seat area from the cargo area.

Police said Bergman found an officer’s backpack that contained a backup handgun. When officers returned to check on the suspect, he was still in the vehicle but armed with a gun, according to SDPD.

Officers drew their weapons and gave Bergman verbal commands to drop the weapon, but he refused and fired at least one round from the gun, police said.

The officers felt threatened, police said, and at least one round was fired at Bergman, hitting him in the torso.

Bergman reached out of the vehicle's window and opened the door to exit while he was still armed, police said, adding that he tried to open the rear cargo compartment of the SUV and the driver's door, refusing orders to stop in the process.

Police eventually released a service dog to subdue Bergman, and police moved in to arrest him.

Officers provided first aid at the scene and Bergman was taken to the hospital with non-life threatening injuries, according to SDPD.