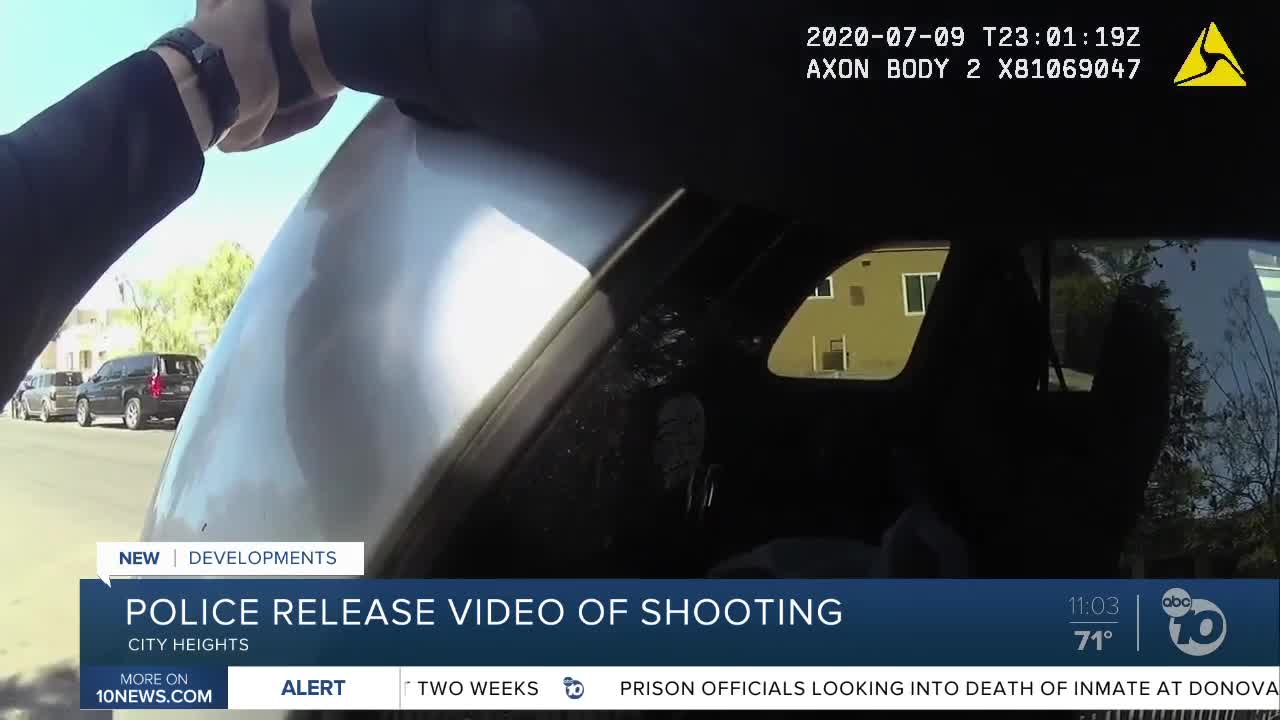 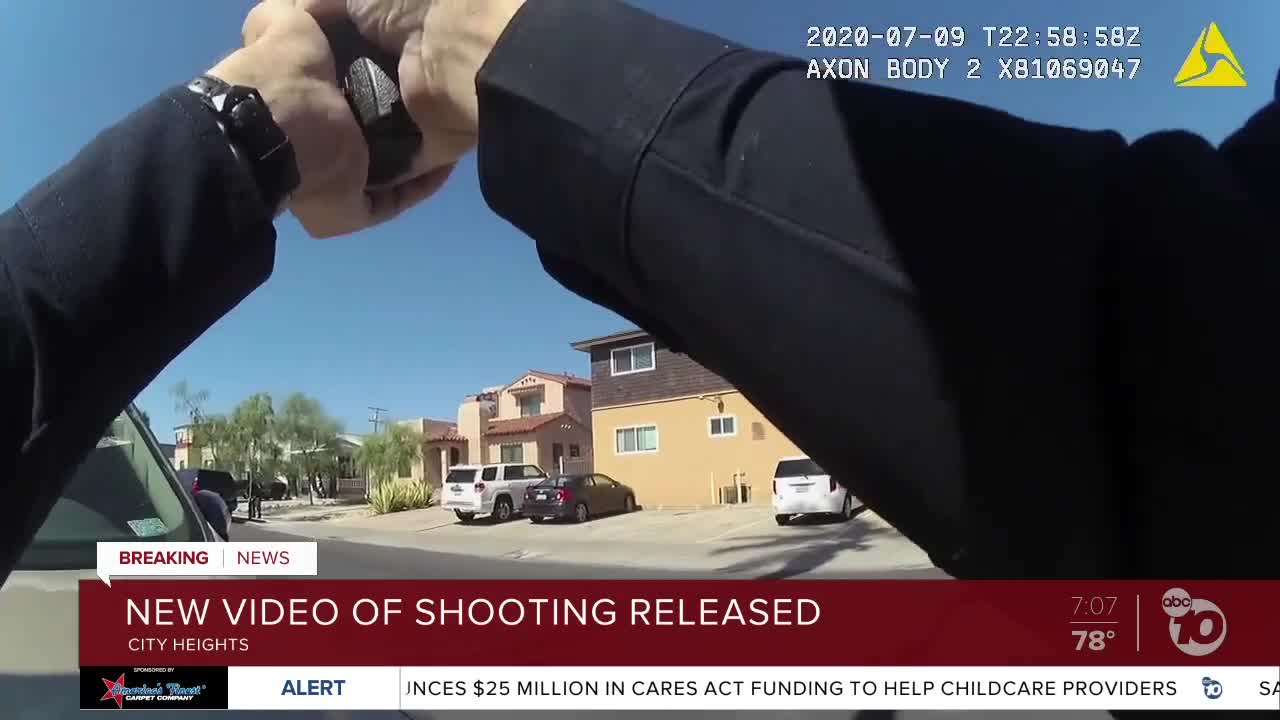 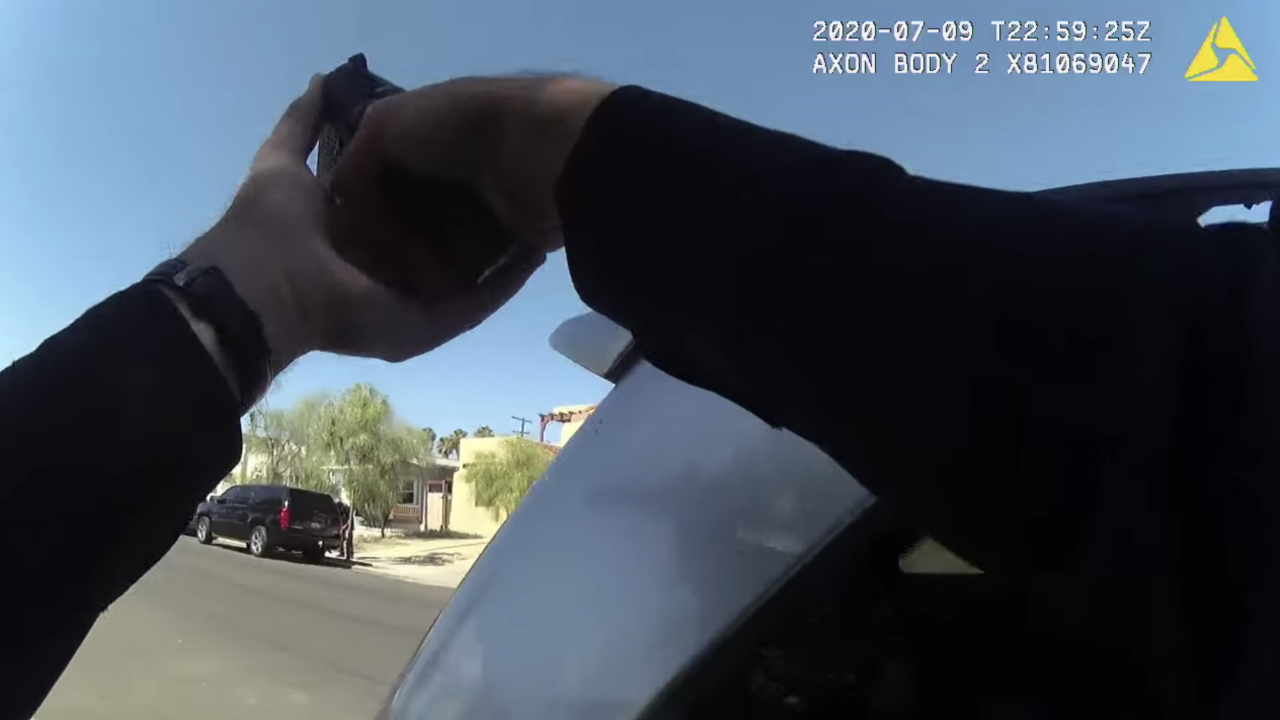 SAN DIEGO (KGTV) — San Diego Police have released bodycam footage of an officer-involved shooting that ended with one man dead in City Heights on Thursday.

The video shows SDPD officers responding to the 4200 block of Menlo Ave. at about 4 p.m. SDPD said officers were called after reports of a man with a handgun confronting two women.

"The man manipulated the slide of the gun as if he were loading it and pointed the gun towards the women," according to an SDPD news release. The women drove away and then called 911.

The video, which includes bodycam video from two officers and witness video, shows officers arrive to the scene and begin to yell to the man to drop the gun and step away. (SDPD has posted the full video here.)

Police can be heard in the video telling the man not to pick the gun up after putting it on the ground, but that he was not complying.

“The male initially complied and raised his hands, at which point a firearm fell from his clothing onto the ground near him, they continued giving him directions to back away from the weapon, but he refused to comply," SDPD Lt. Matt Dobbs said Thursday.

Police say the man picked the gun back up and pointed it at officers. That's when several officers shot at the man, according to Dobbs. The man was hit at least once. SDPD said the man was still moving and in control of the gun, and pointed it in officers' direction, prompting police to fire again.

Police continued to yell to the man to get away from the gun, before SDPD says officers used a combination of non-lethal options, including a bean bag round and canine, to take him into custody.

SDPD says the man was given medical aid, but he was pronounced dead at the scene. His name has not been released, but police say he appears to be a Hispanic or light-skinned African-American man in this 30s or 40s.

A weapon was recovered at the scene, according to police, but it isn't known if the weapon was real or operational. SDPD said a witness provided cell phone video showing the man picking the gun back up and pointing it at officers.

SDPD says seven officers fired shots. They are not being identified. As with all officer-involved shootings, the officers will be placed on administrative duty. No officers were reportedly injured.