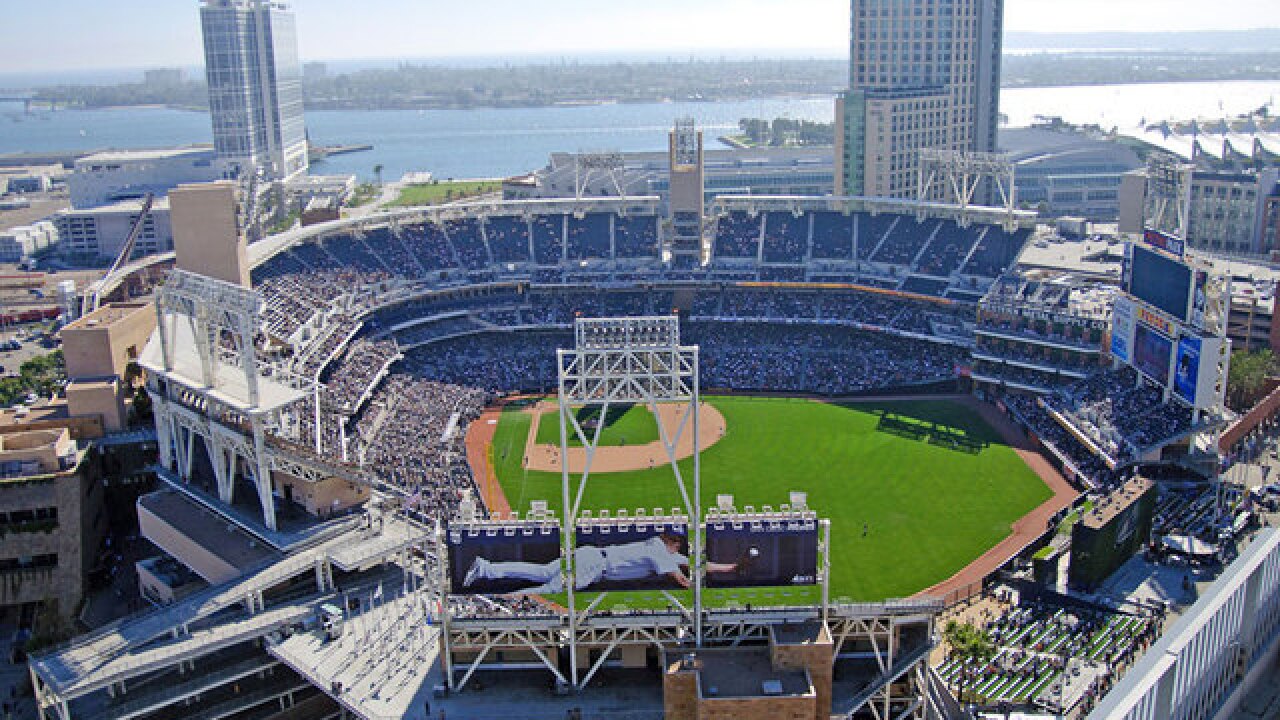 The team says it will open the season at home with a four-game series against the Arizona Diamondbacks starting Opening Day, July 24.

“As part of Interleague play in 2020, the Texas Rangers (August 19-20), Houston Astros (August 21-23), Seattle Mariners (August 25-27) and Los Angeles Angels (September 22-23) will all make the trip to America’s Finest City. This will mark just the second appearance at Petco Park for the Astros since joining the American League and the third visit to Petco Park for the Angels,” the team said.

“For Interleague road contests, the Padres will visit Texas (August 17-18), Los Angeles (September 1-2), Oakland (September 4-6) and Seattle (September 18-20). The club’s visit to Texas’ Globe Life Field will be its first to the brand-new ballpark.”

Three of the team’s four home weekends will be against National League West opponents, including a total of two weekend series against the Diamondbacks and one against the Giants. The Astros will round out the home weekend schedule.

This year on Labor Day, the Padres will host the Rockies. The team will end its regular 2020 season schedule with a three game road trip against the Giants.

The news comes after the team announced that Tommy Pham tested positive for coronavirus. The Padres made the announcement as they began Summer Camp.