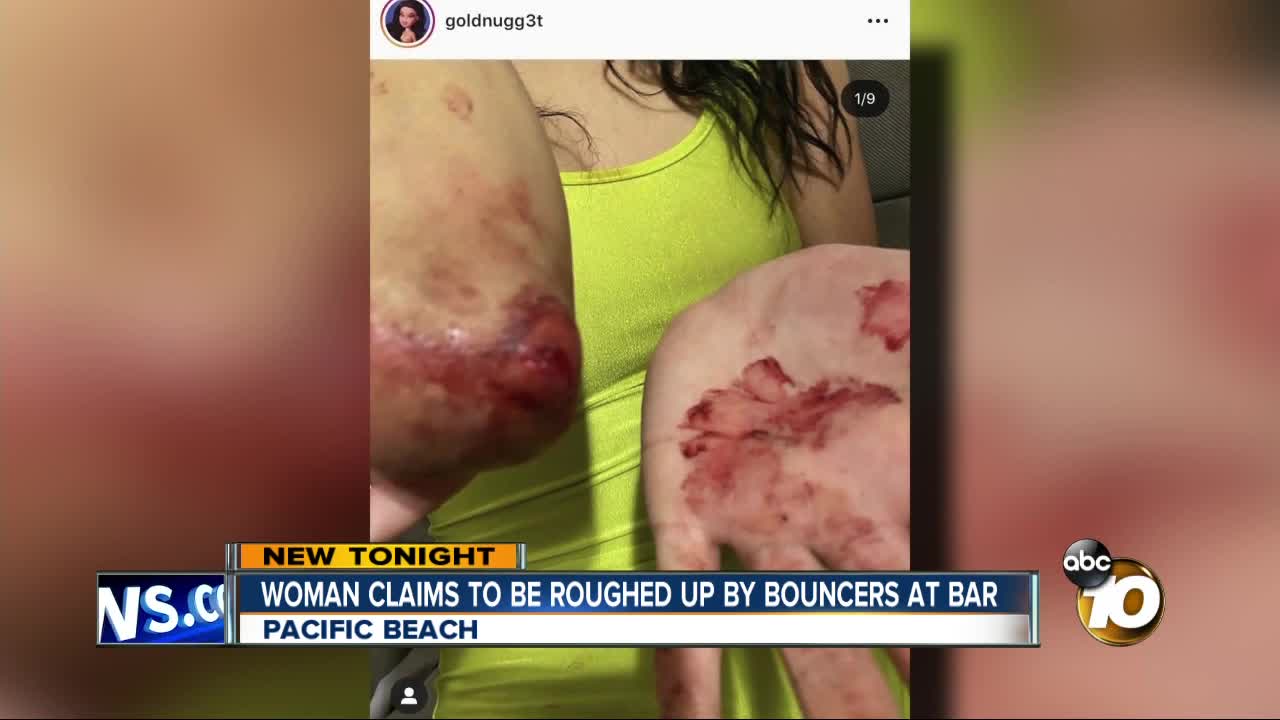 Woman claims to be roughed up by bouncers at bar 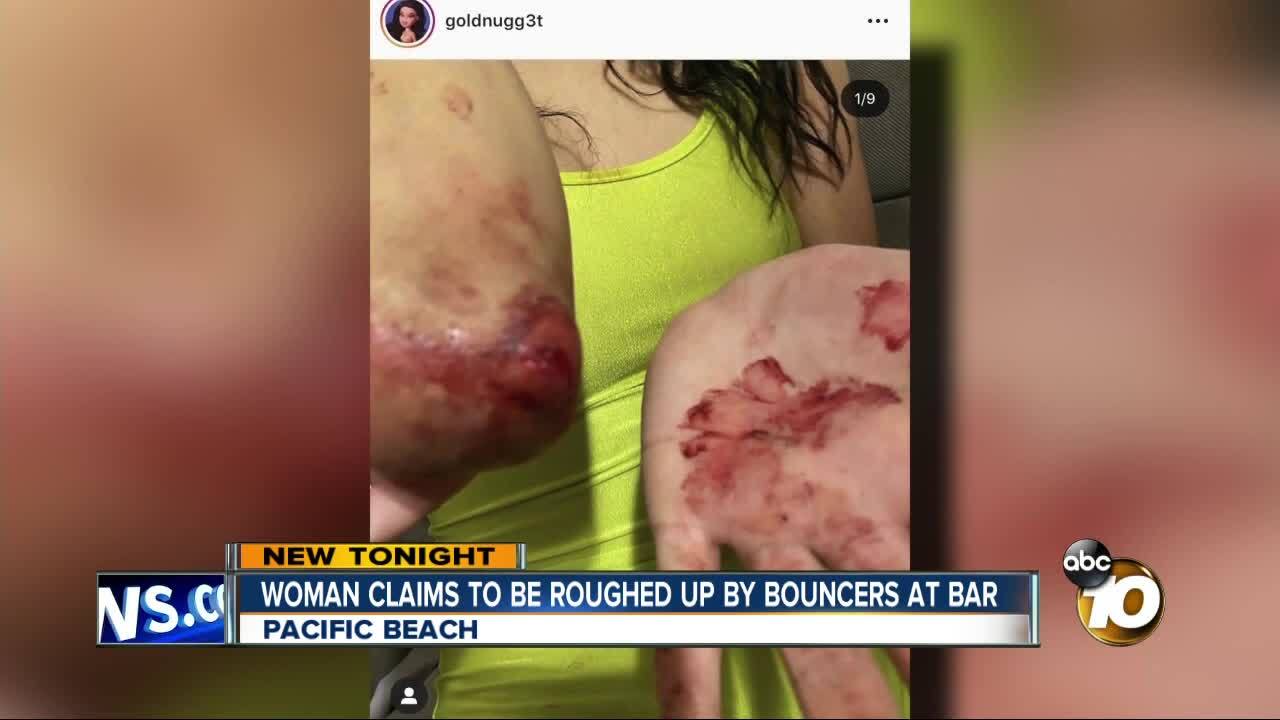 SAN DIEGO (KGTV) -- A woman is planning legal action against a popular Pacific Beach bar after she claims bouncers threw her against the wall twice and tossed her to the curb.

Natalie Lara said she and her friend were at Backyard Kitchen & Tap on the evening of Nov. 23. At around 1 a.m. Sunday morning, she was asked to leave.

The 21-year-old said it started after she claimed she saw a woman push her friend.

"I was like, ‘Hey, you don't need to push,’ and I just see the girl waving her finger," Lara said.

Lara said she later found out the woman worked at the bar. Moments later, she said several bouncers approached her, asked her to leave, and the situation escalated.

That's when she said she was slammed against walls, before being thrown to the curb outside.

Backyard Bar & Tap's general manager, Ryan O'Leary, sent 10News the following statement: "We take any complaint of this nature seriously. Our investigation contradicts the allegations made by this individual."

The business declined to comment any further because of pending litigation.

Lara's attorney, Evan Walker, said it's not the first issue he's dealt with regarding the bar.

The 2019 incident happened on St. Patrick's Day. The situation escalated, leading to bouncers throwing several men to the street. Two of the men are seeking legal action; one of the men had a broken leg.

Backyard Kitchen & Tap declined to comment on any other incident under the advice of their attorney.