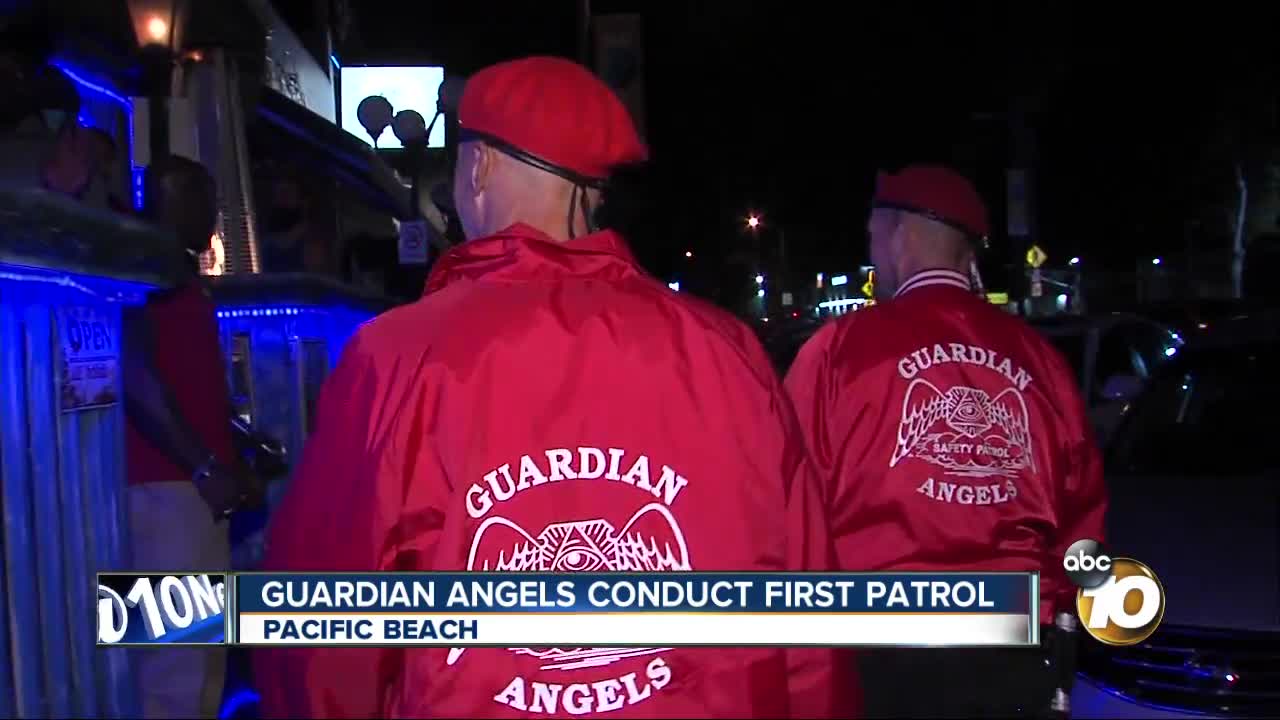 Members of the Sacramento Chapter traveled to San Diego to train the new volunteers.

Administrator Sarah Bonesteel joined after a neighborhood crime walk, saying "crime is getting out of control, we've lost our parks, and our library and things like that."

The Guardian Angels are a national crime prevention nonprofit organization that started in New York in 1979. The group said it created chapters in over 130 cities in 13 countries.

While the group has several programs to prevent crime, the most visible are its street patrols. The Pacific Beach Chapter hopes to provide a safe environment after the bars close.

Guardian Angels patrol in groups of at least two while wearing red berets and uniforms, and say the patrols are meant to serve as a visual deterrent and aim to avoid violent confrontations.

Angels on patrols are unarmed but trained in self-defense to protect themselves in case a situation becomes physical. They hope they do not have to use their training.