Witness comforts driver as he dies from Clairemont crash injuries 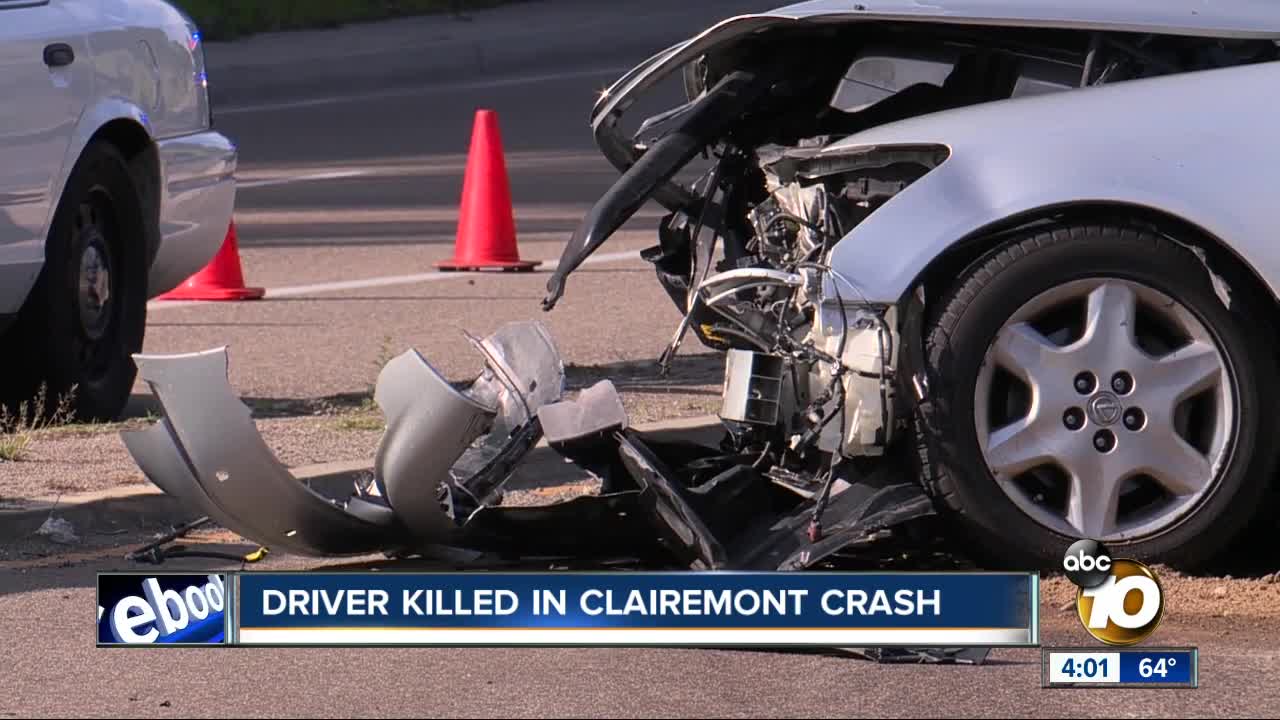 A driver died Wednesday following a two-car crash at what a Clairemont resident describes as a known trouble spot for traffic. 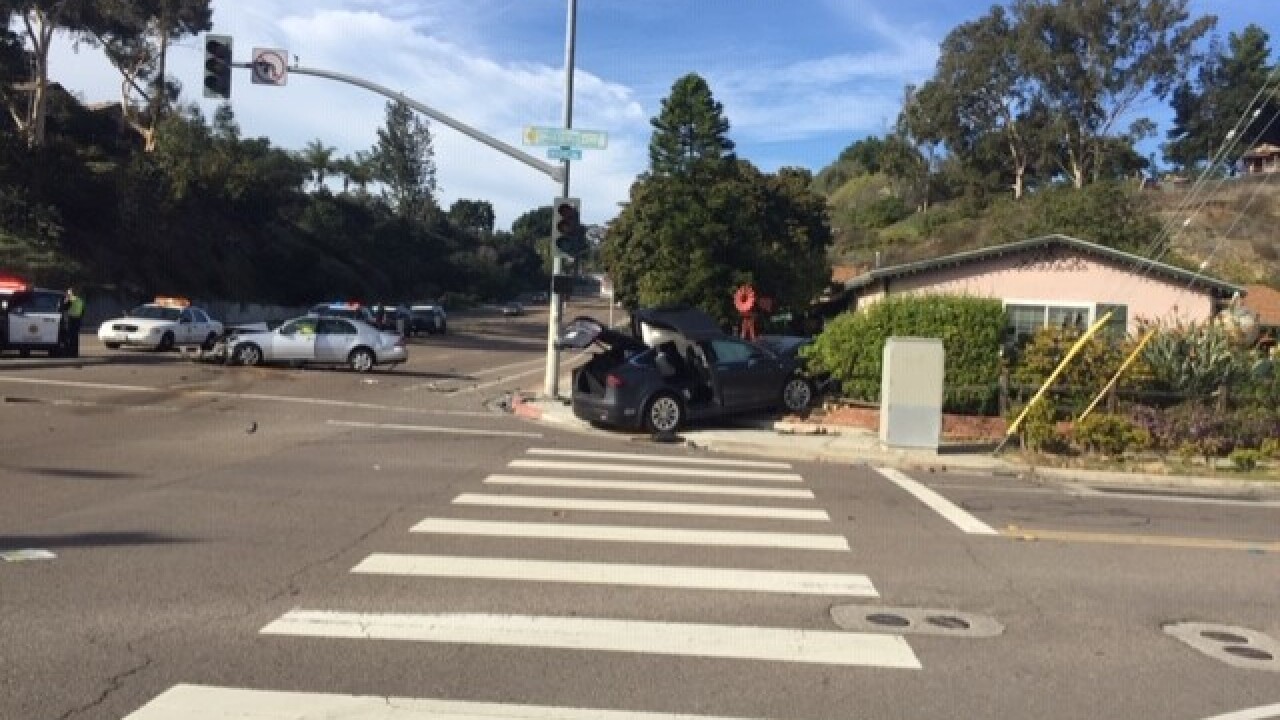 SAN DIEGO (KGTV) - A driver died Wednesday following a two-car crash at what a Clairemont resident describes as a known trouble spot for traffic.

The crash happened about 1 p.m. at the intersection of Genesee Avenue and Chateau Drive, south of Clairemont Mesa Boulevard.

“Hit so hard it sounded like an explosion,” said Bonnie Alexander, who has lived in a home at the intersection for some 40 years.

Alexander ran outside to help, first stopping to check on the driver of the black Tesla that hit her brick retaining wall.

“We went to the other to car, to that driver; he took his last breath. He’s no longer with us,” said Alexander. The man's identity was not immediately released.

Alexander’s home has been struck by cars five times. She’s hoping to get a guardrail at the location.

“There’s so many speeders they slingshot right through the intersection. They think they can beat it and end up t-boning someone,” Alexander says of the stoplight on Genesee.

There was no word on what caused the crash.