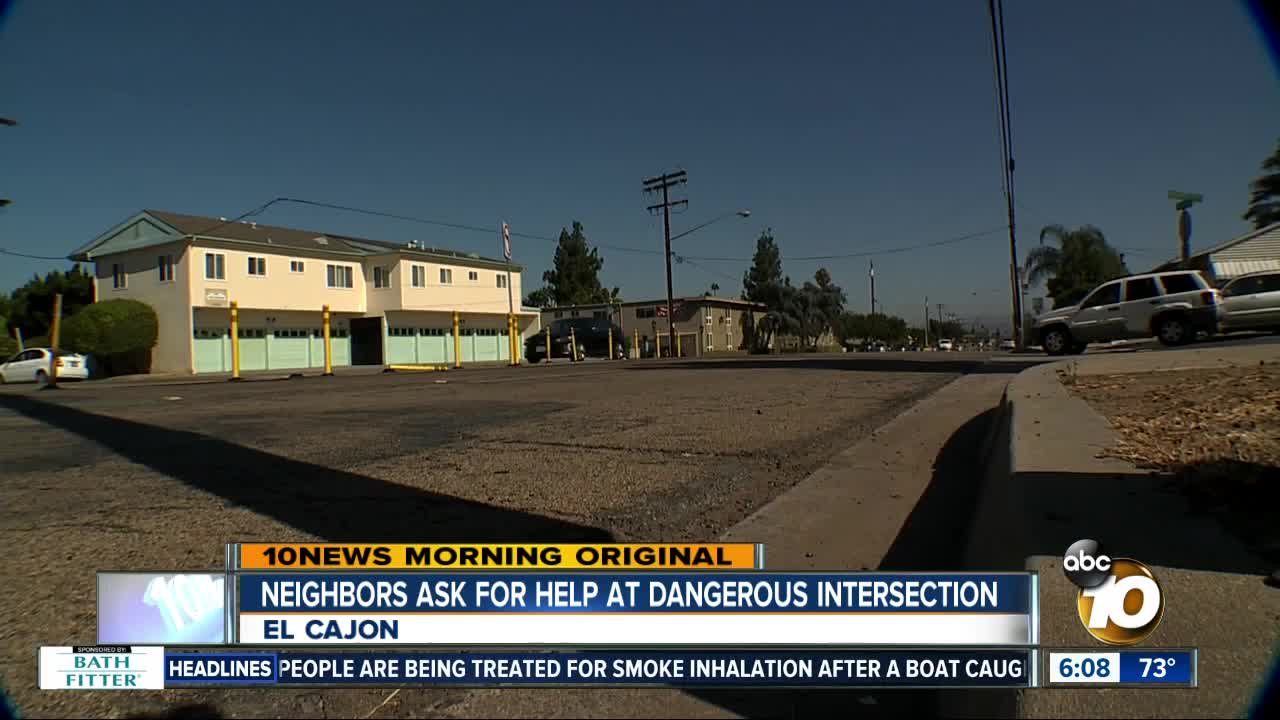 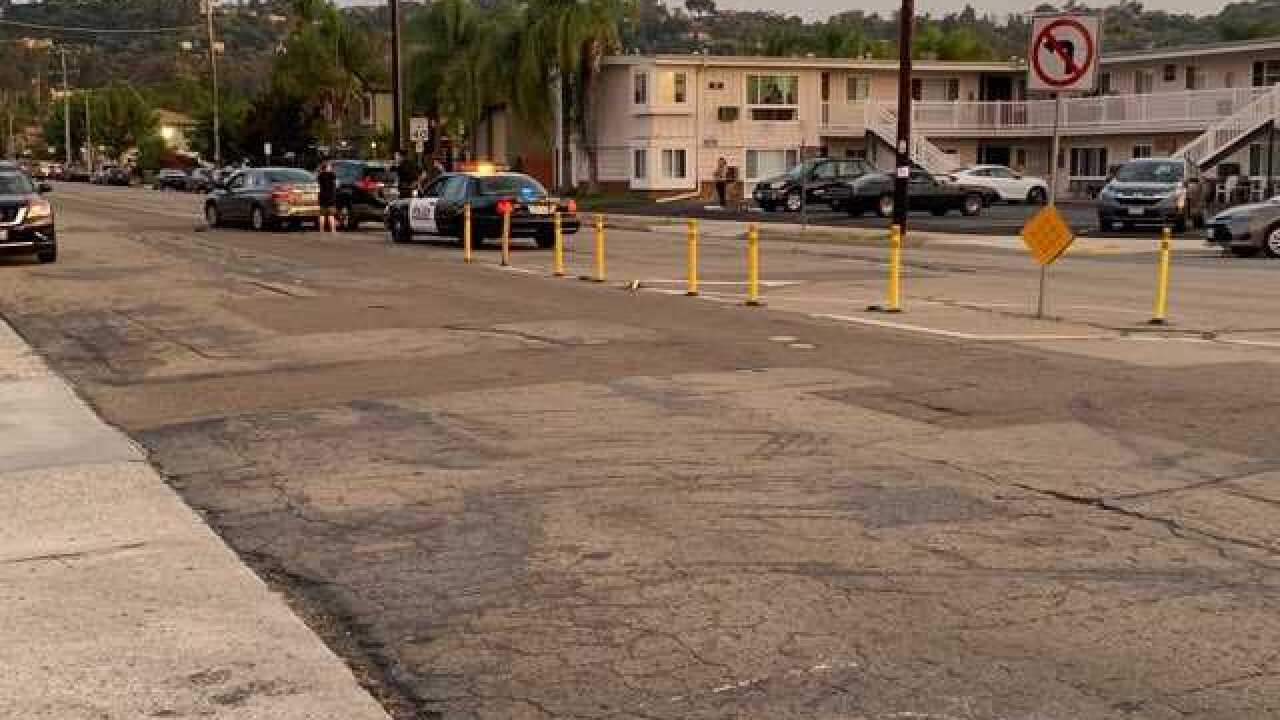 EL CAJON, Calif. (KGTV) - After a series of crashes over the summer, people in El Cajon are calling on the city to add some safety measures to the intersection of Magnolia Avenue and Renette Avenue.

"It's very dangerous," says Julia Reyes, who lives near the intersection. "We have a lot of families and kids crossing through here. We have two schools near here too."

"It's a regular race track," says David Pina, who also lives on the corner. He recently replaced the fence in his yard because a suspected drunk driver plowed into it over Memorial Day weekend.

"We were all in the house and heard a big bang in the street and all of the sudden, boom, right in the yard," he says.

The intersection has stop signs for cars headed East and West. There are also cones and left-turn restrictions in the middle of the intersection. Pina says that only makes it worse.

"That sign ends up in the street all the time," he says of the "No Left Turn" sign in the middle of the road. He adds that people ignore the cones and drive straight through the intersection illegally.

Neighbors have asked the city to install traffic-calming measures. They think a stop sign, speed humps, flashing lights or a sturdier barrier could be a solution.

10News reached out to the City of El Cajon to see if there have been any discussions about adding safety measures to the intersection. A spokesperson from the Department of Public Works asked us to submit a formal public records request. Because of the holiday weekend for Labor Day, the city has not had a chance to reply to that submission.

For Pina, he hopes something can be done soon. He worries that the next crash may cost him more than just a fence.

"My grandson sleeps in that front room," he says. "You gotta worry about the kids. I if somebody did come through that fence and come into the house, there's no chance for anybody. You got some serious issues."

Magnolia Avenue, between Lexington and Chase Avenues, is scheduled to be repaved and restriped by the end of the year. Part of this work will include a “road diet” in which the City will reduce the number of lanes on this portion of the street from four to two lanes. This will allow the road width to accommodate dedicated turn lanes, new bike lanes, and more parking along this section of Magnolia. Studies show that narrower streets slow down the speed of vehicles.

This work has been in the works since the street was identified for repaving last year. Every year, the City evaluates one of the City’s five maintenance zones to identify streets that are in need of a slurry seal or repaving. The City also assesses street traffic volumes to ensure that it has the appropriate number of lanes, speed limit and that it is classified correctly – for instance as a residential versus arterial street.