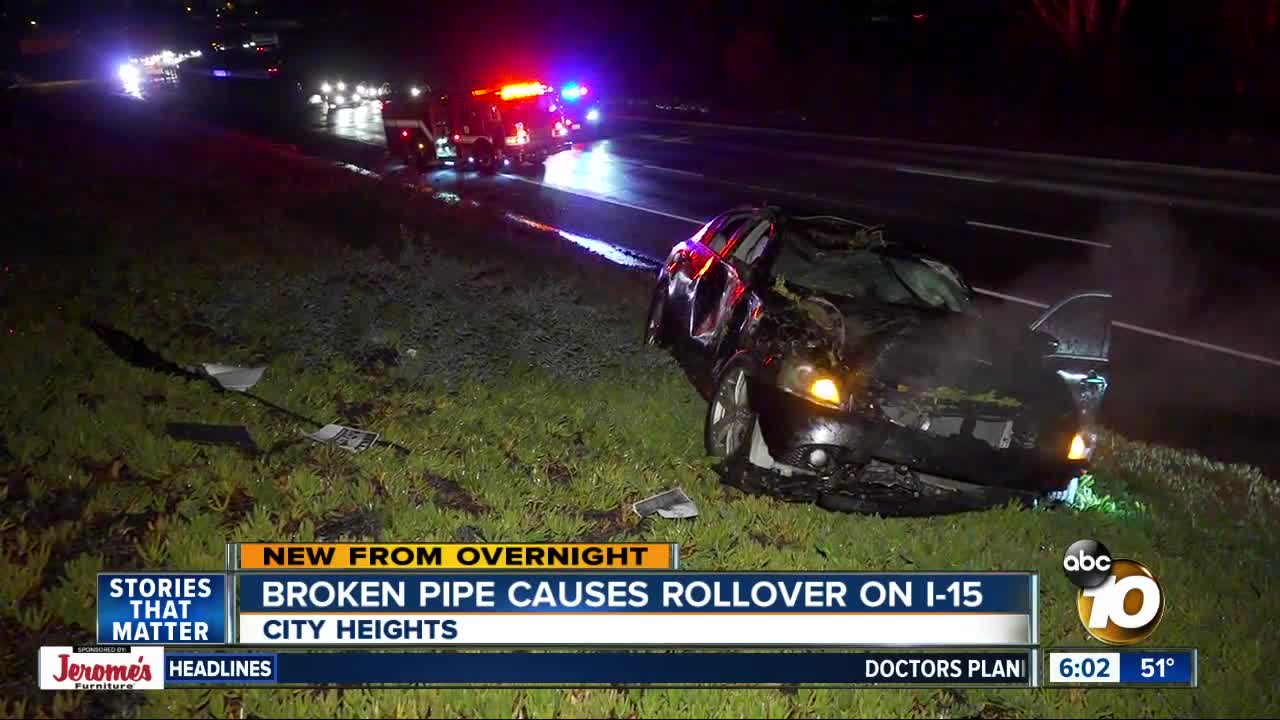 A young man says water from a broken pipe caused his car to skid and roll over on I-15 in the City Heights area.

SAN DIEGO (KGTV) -- A driver escaped serious injury after he said water flowing on Interstate 15 lanes caused his car to hydroplane and roll over several times.

The single-vehicle crash occurred at around 10:45 p.m. Tuesday on northbound I-15 near Interstate 805 in the City Heights area, according to the California Highway Patrol.

Yarlos Tirado told 10News he drove over water on the roadway, causing his car to skid.

“I started drifting and I just braked, and my car flipped on this hill,” Tirado said.

After the car rolled over several times, it came to rest on an embankment off the freeway lanes and next to a broken irrigation pipe that was sending water onto the road.

Tirado managed to escape the wreckage with minor injuries.

CHP officials closed the lanes for crews to clean up the water and fix the pipe. According to officials, the water flow was made worse due to a clogged drain on the freeway.