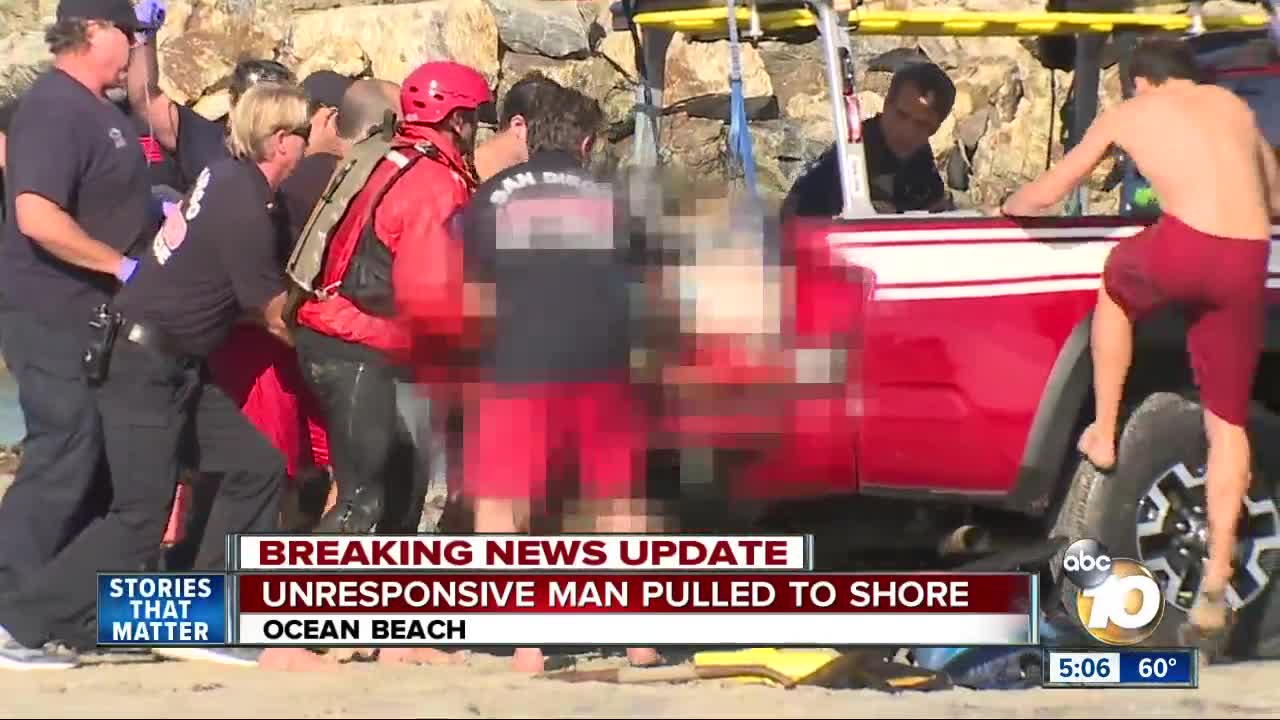 An unresponsive man was pulled to shore Wednesday after possibly being swept out to sea by strong waves along Ocean Beach's coast. 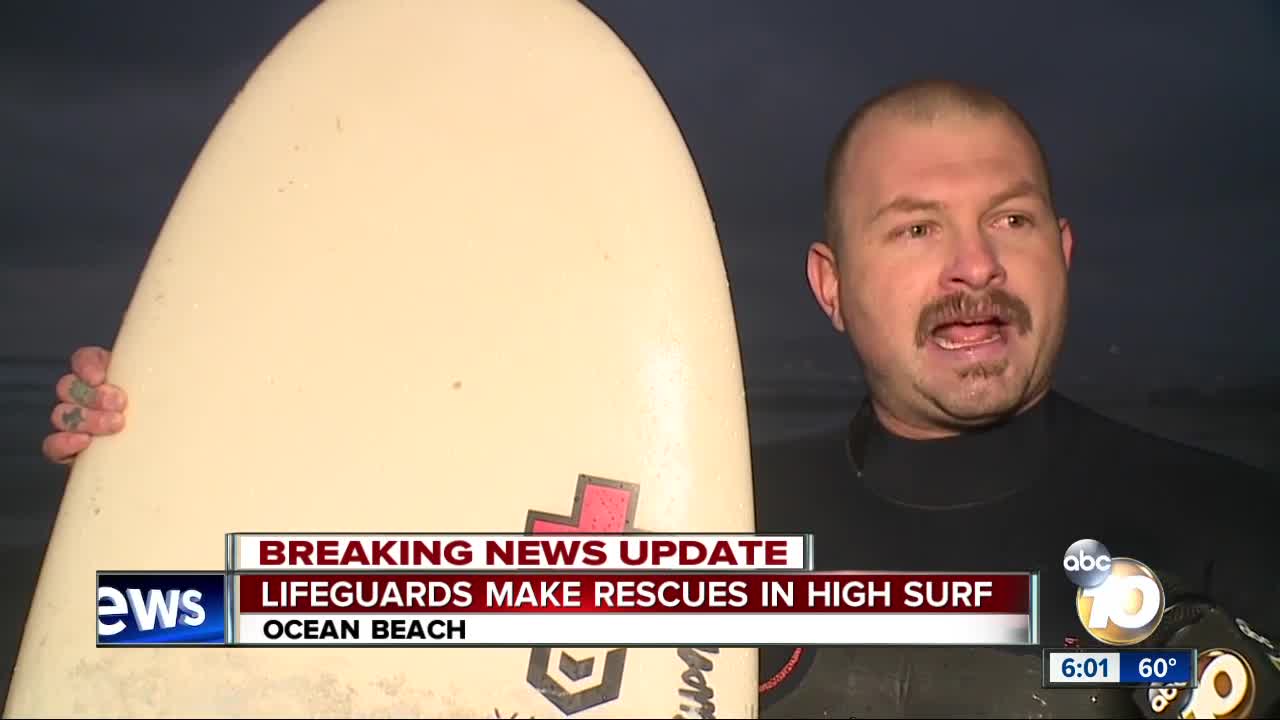 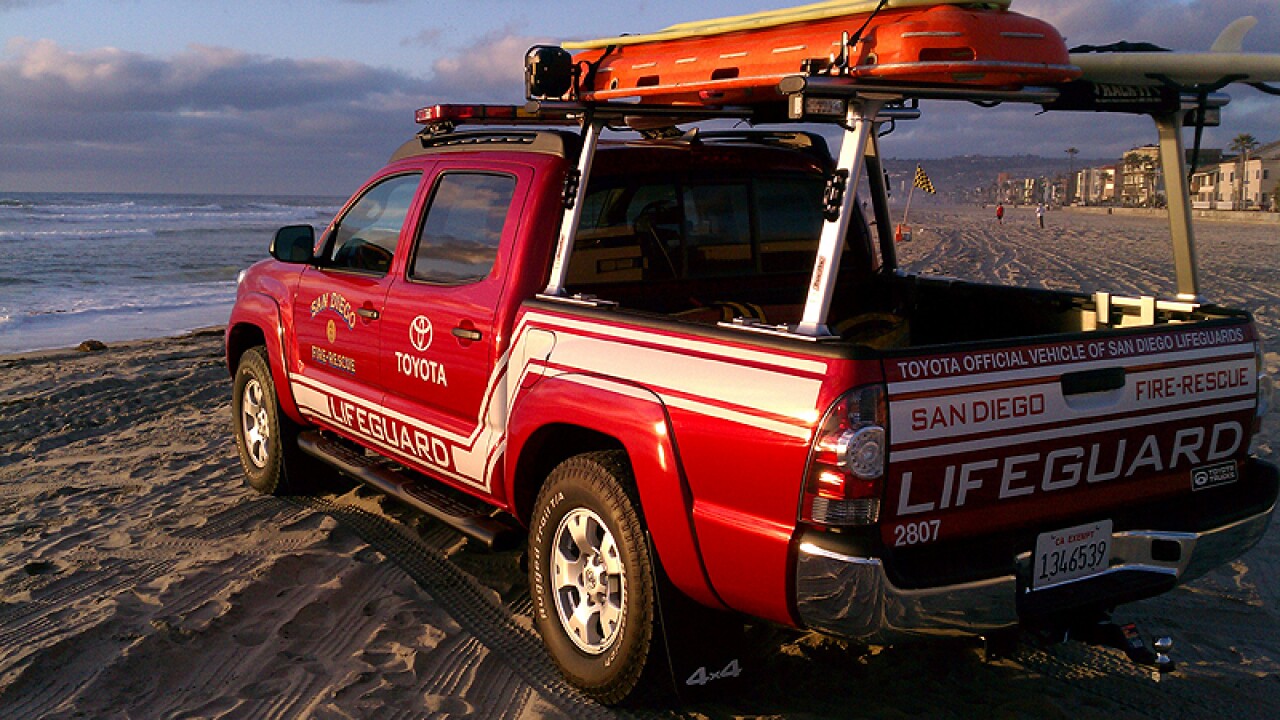 SAN DIEGO (KGTV) — An unresponsive man was pulled to shore Wednesday after possibly being swept out to sea by strong waves along Ocean Beach's coast.

San Diego Fire-Rescue lifeguards responded to reports of the man not breathing at about 2 p.m. at Dog Beach. Lifeguards on jet skis found the man lodged into the rocks on the jetty, according to SDFD Sgt. Bruce Jamieson. He had reportedly been swept about 75 yards from shore, according to SDFD.

Lifeguards performed CPR and rushed the man to a nearby hospital, but did not give an update on his condition.

Witnesses said the man, who is approximately 50-years-old and from Nevada, may have been chasing after his dog in the water when he was pulled out to sea.

A high surf advisory was issued for San Diego County's coastline from 10 a.m. Wednesday to 10 p.m. Thursday, bringing large sets and the threat of rip currents to the area's shores. Due to the high surf, lifeguards closed Ocean Beach Pier early Wednesday.