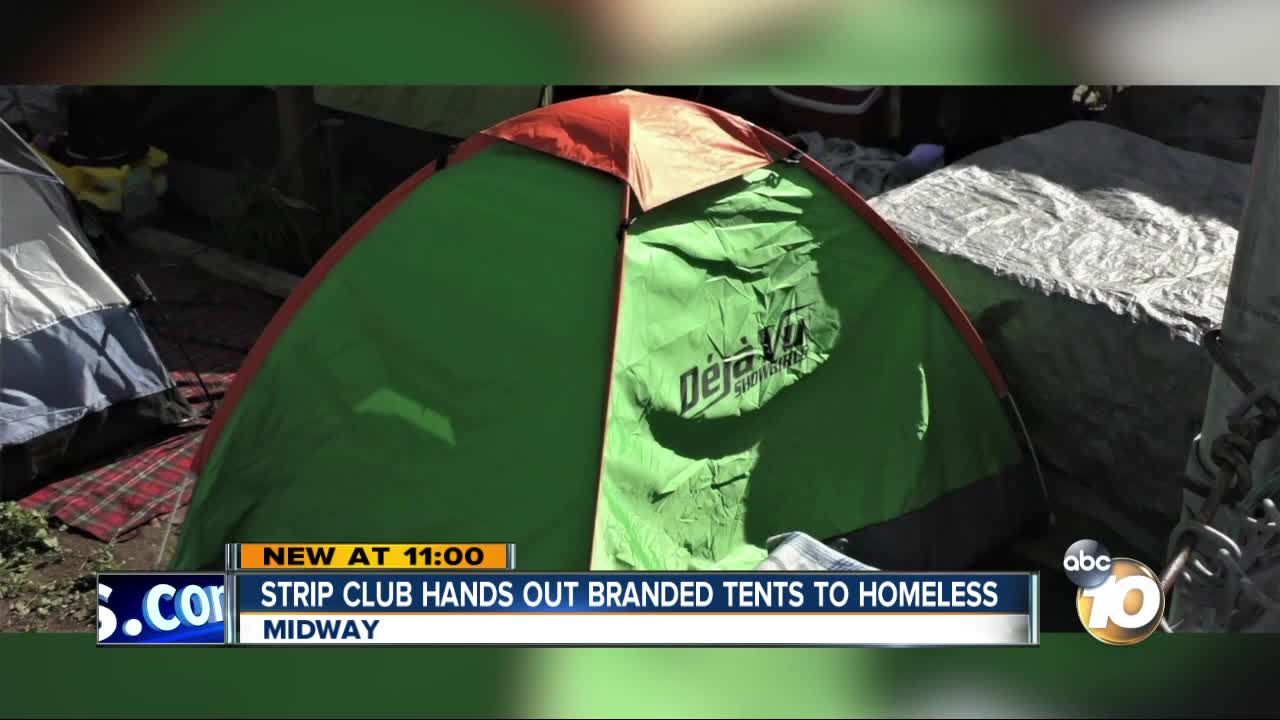 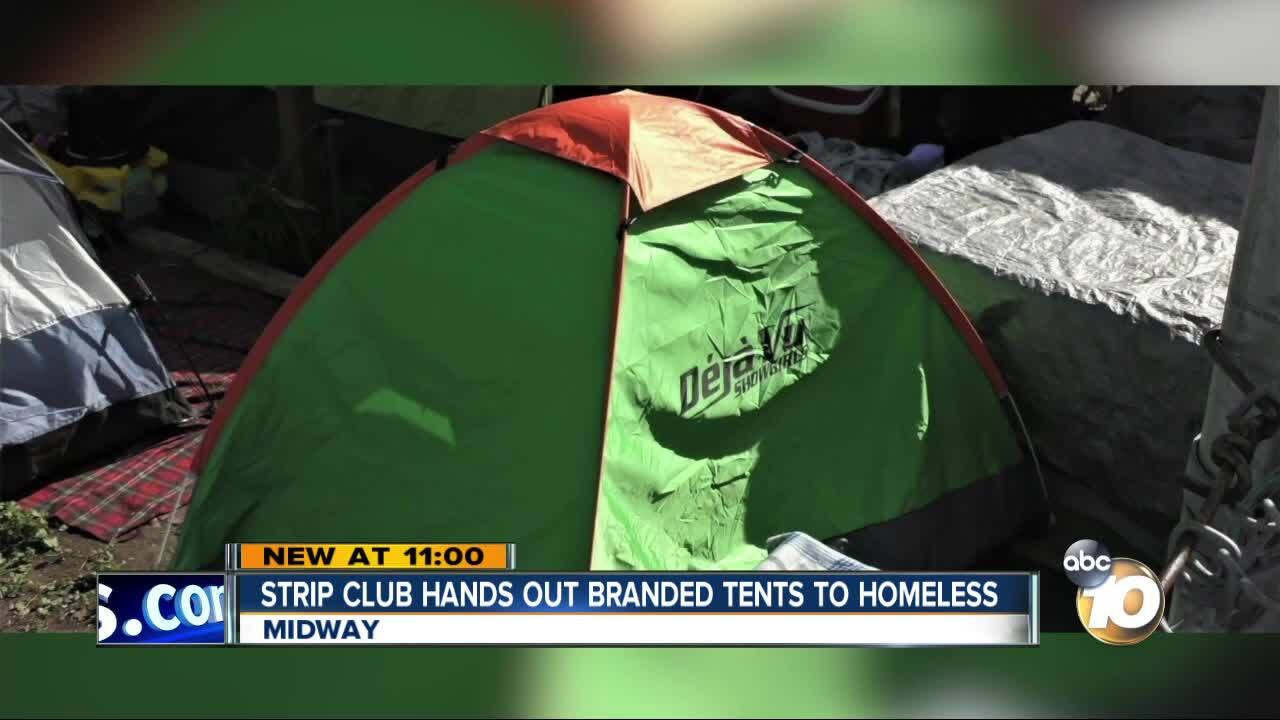 SAN DIEGO (KGTV) - A local strip club give out nearly 150 tents to the homeless in San Diego. The tents are branded with “Deja Vu Showgirls.”

A company spokesperson says the 150 tents given out in San Diego this December is part of the company's outreach program. They say they’ve done this type of outreach every year for the past five years in five cities with large homeless concentrations, including Los Angeles and Las Vegas.

In addition, they also passed out close to 3,000 bottles of water to the homeless in San Diego.

A picture of one of the tents was posted onto the “Homeless News San Diego” Facebook page and it received both praise and criticism. Some believed it was a form of shameless advertising. Others applauded the company for stepping up to help.

"Deja Vu highly prides itself on community service, nationally spending in excess of $100,000 annually on worthy causes. Our homeless tent program is one of many initiatives, and while we understand that some people do not agree with our business, however lawful, we feel that the program is simply us doing our part to to assist the homeless community under a state government that has otherwise completely failed on this important issue. If every business retained this attitude, homelessness likely wouldn't be a problem at all."