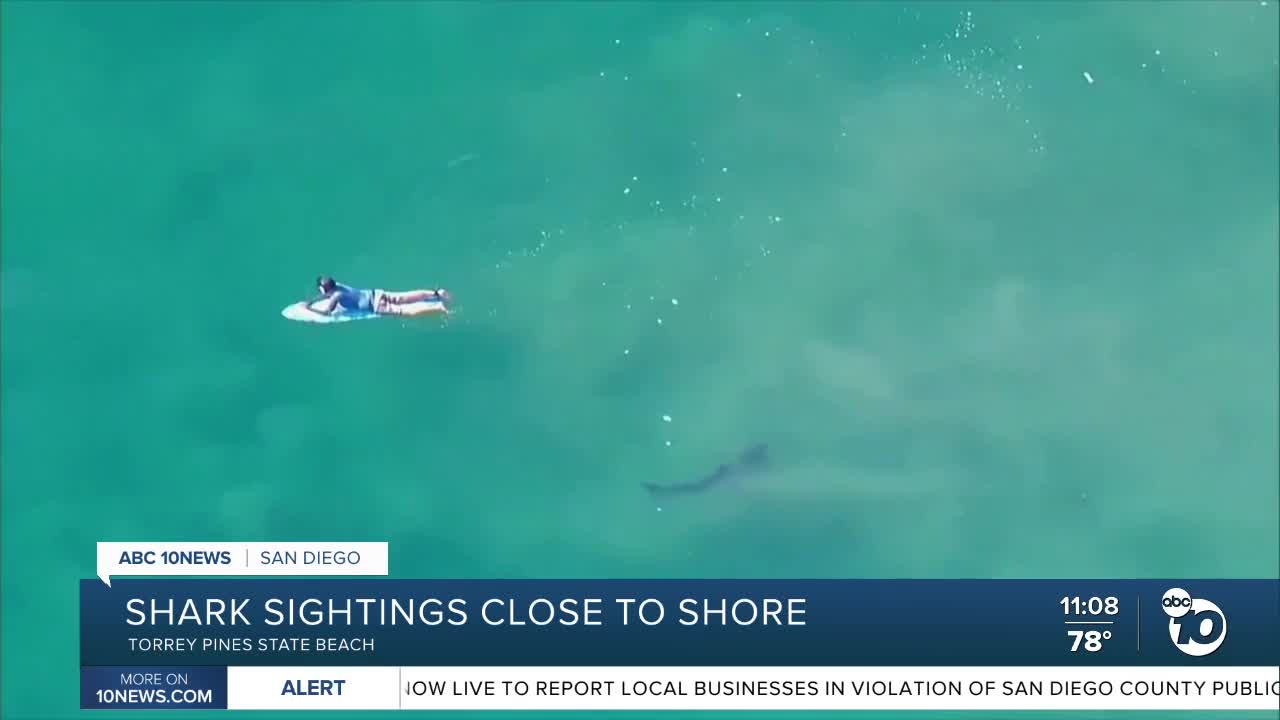 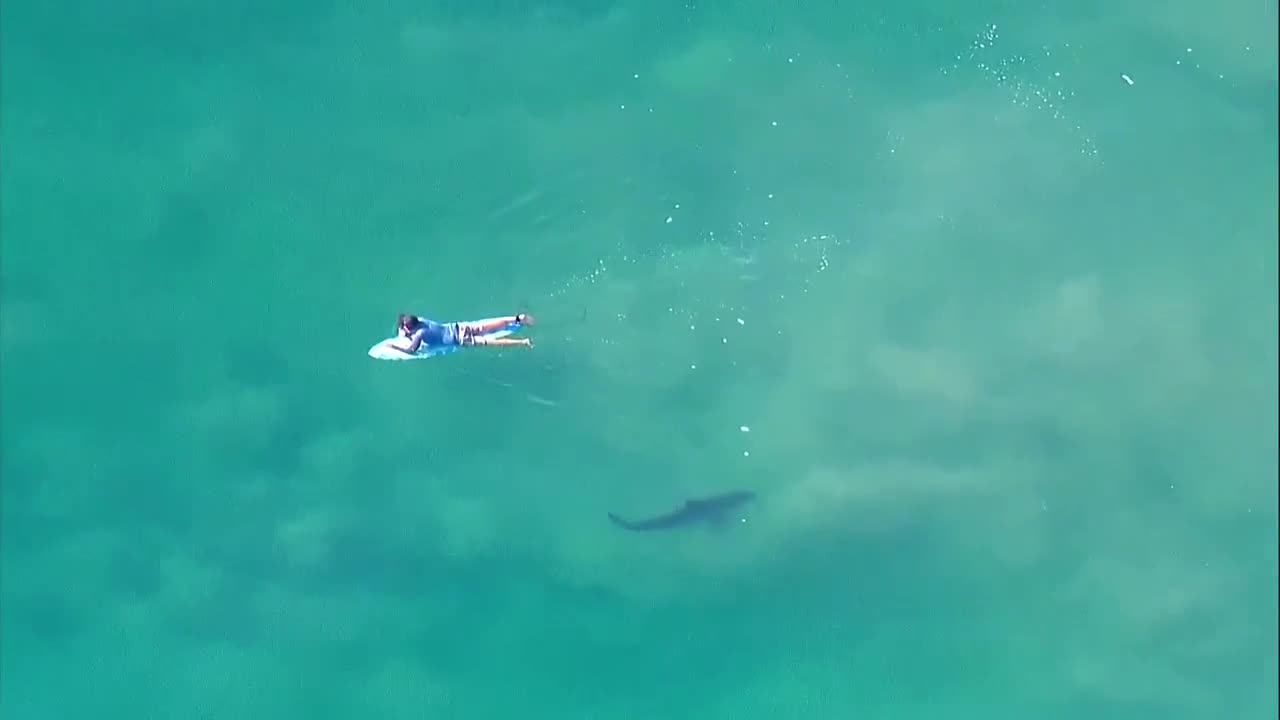 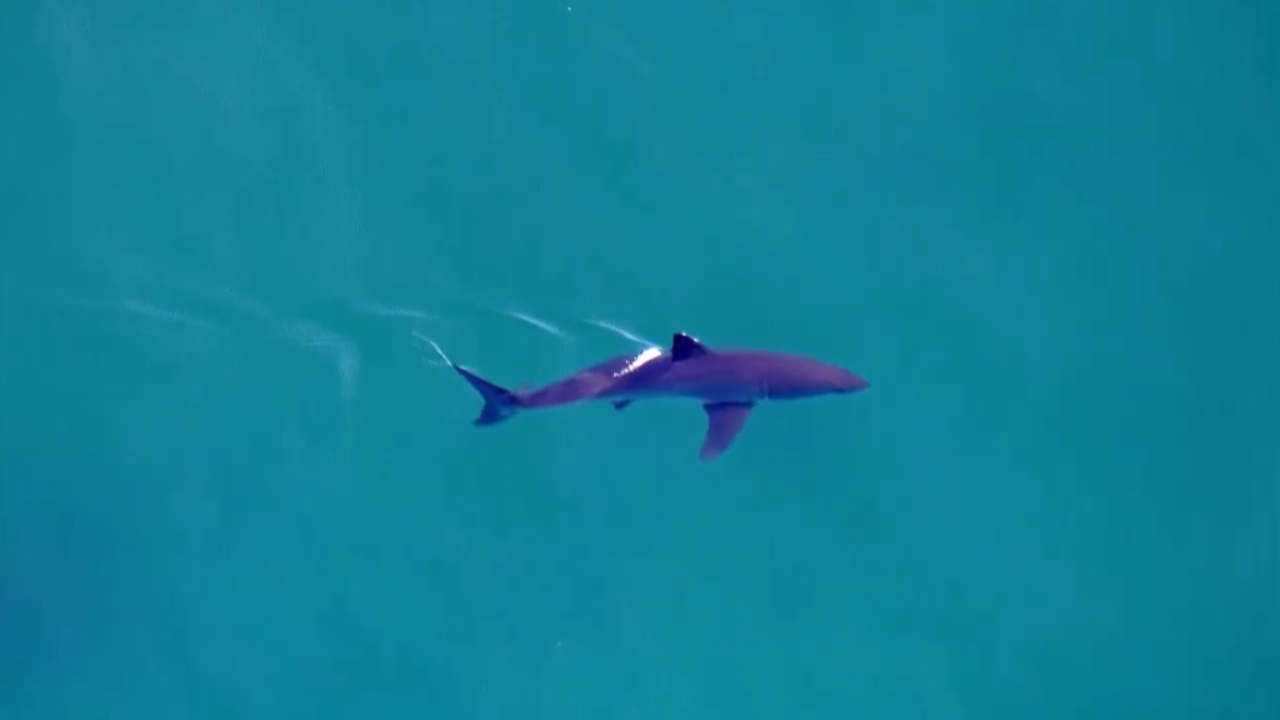 SAN DIEGO (KGTV) — At least three large sharks were spotted off the coast of Torrey Pines State Beach swimming close to surfers in the water on Thursday.

California State Parks Lifeguards say they received reports of five sharks swimming about 50 feet from shore and 100 to 200 yards from Lifeguards Tower 1 at about 12 p.m. The sharks were seen specifically gliding around the Flat Rock area, located north of Black's Beach and south of Torrey Pines State Beach, according to a State Parks spokesperson.

Sky10 was overhead as the sharks swam nearby surfers who were just offshore of Torrey Pines:

Officials say the largest of the sharks, which may have been great white sharks, was about 10 feet in length.

"The sharks did not interact with any beachgoers during this time. The shark actions are considered non-aggressive and consistent with normal white shark behavior," a State Parks spokesperson said.

A San Diego Fire-Rescue Lifeguard made announcements to people in the water about the sighting. Announcements were being made in the area up to one mile south of Bathtub Rock, SDFD spokeswoman Monica Muñoz said.

Shark sighting signs would remain up in the area for 24 hours, officials said.