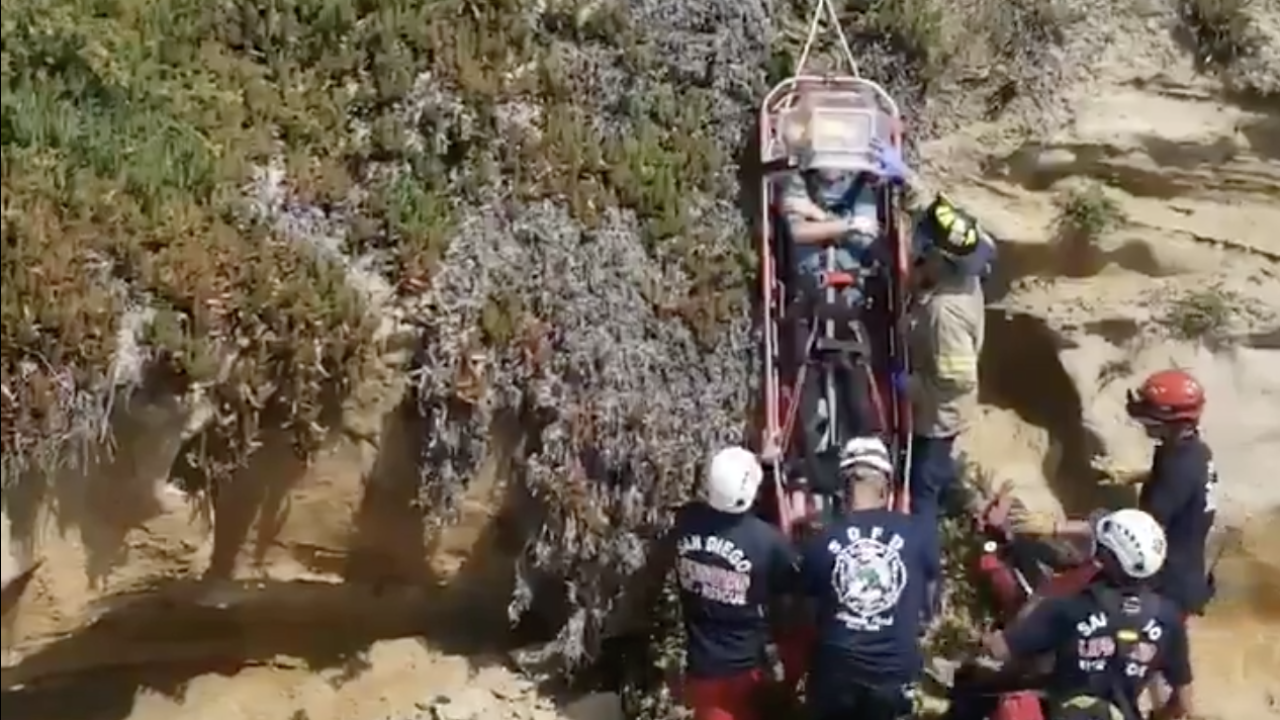 SAN DIEGO (KGTV) — San Diego Lifeguards and firefighters responded to Blacks Beach on Sunday to rescue an injured paraglider from a ravine.

The 27-year-old woman, who is a pilot, was teaching an advanced training course for paragliding when she lost lift and her parachute collapse, according to lifeguards.

Witnesses told lifeguards that the woman tried to brace her impact with her legs as she landed into a ravine next to a popular trail called "Citizens Trail."

Lifeguards say the woman was far from the trail when she landed and San Diego Fire-Rescue was called to perform a technical rescue to lift her up the trail.

The pilot was taken to a nearby hospital, though the extent of her injuries was not clear, lifeguards said.