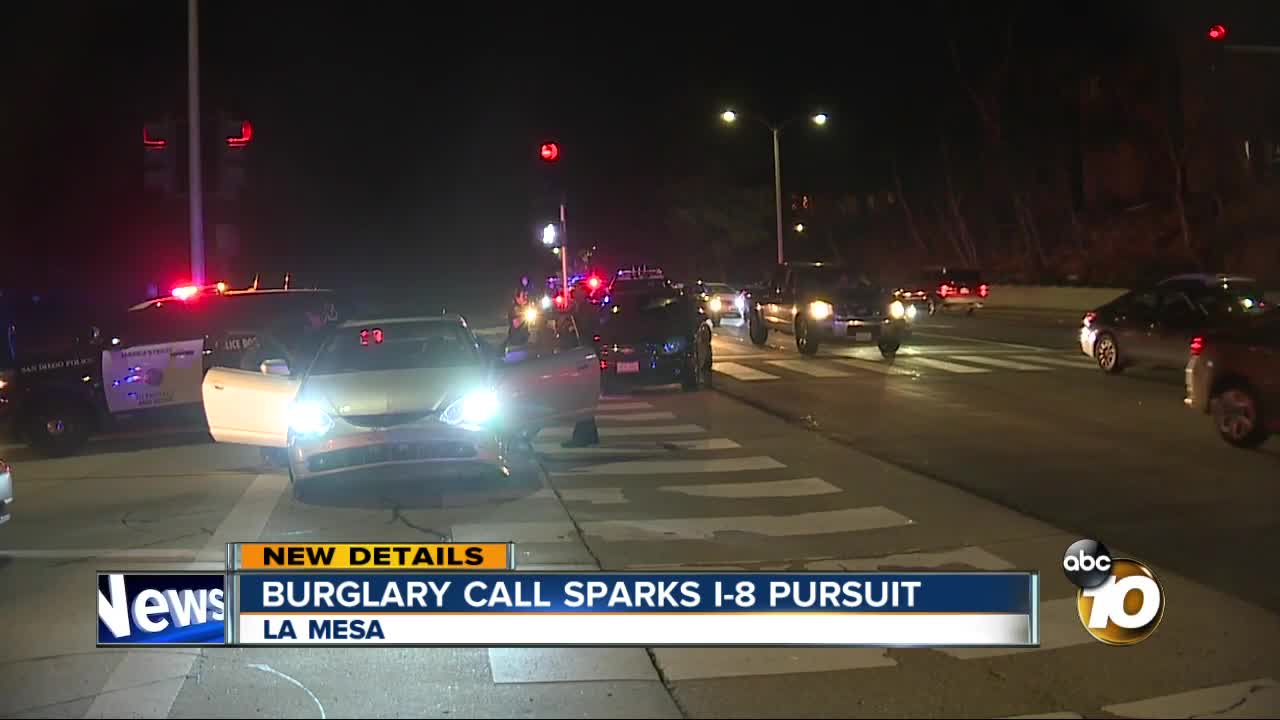 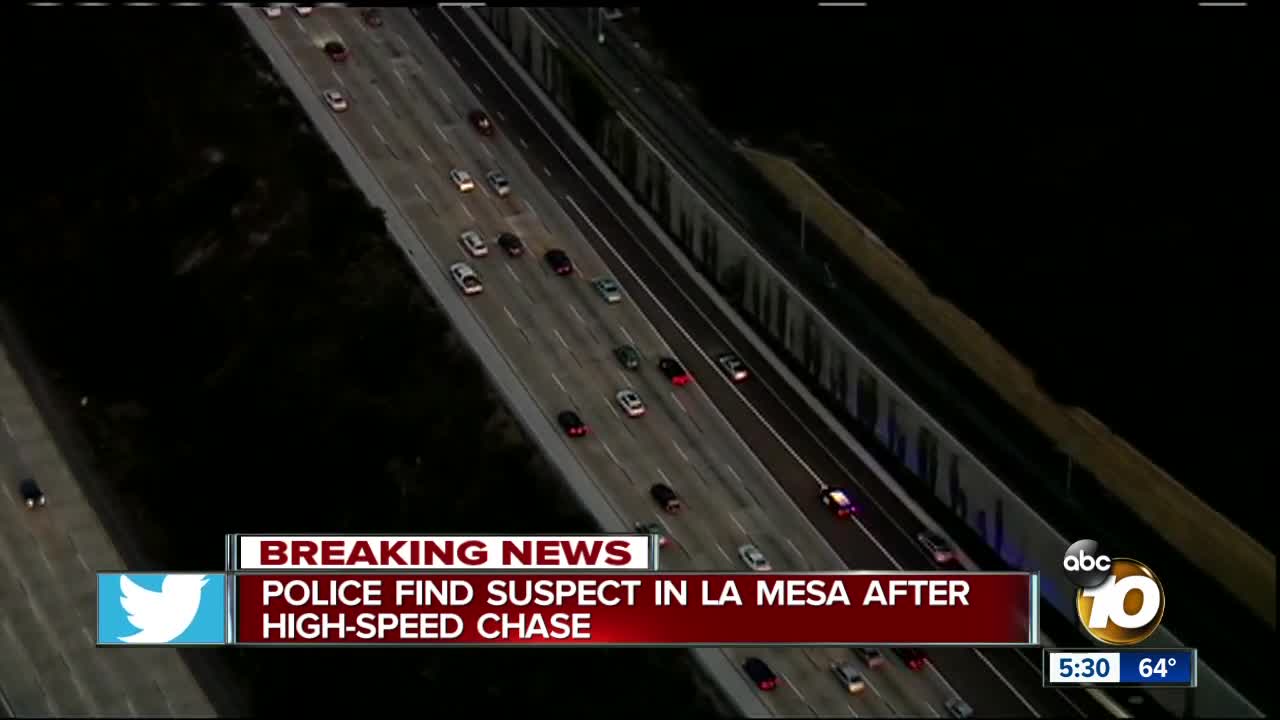 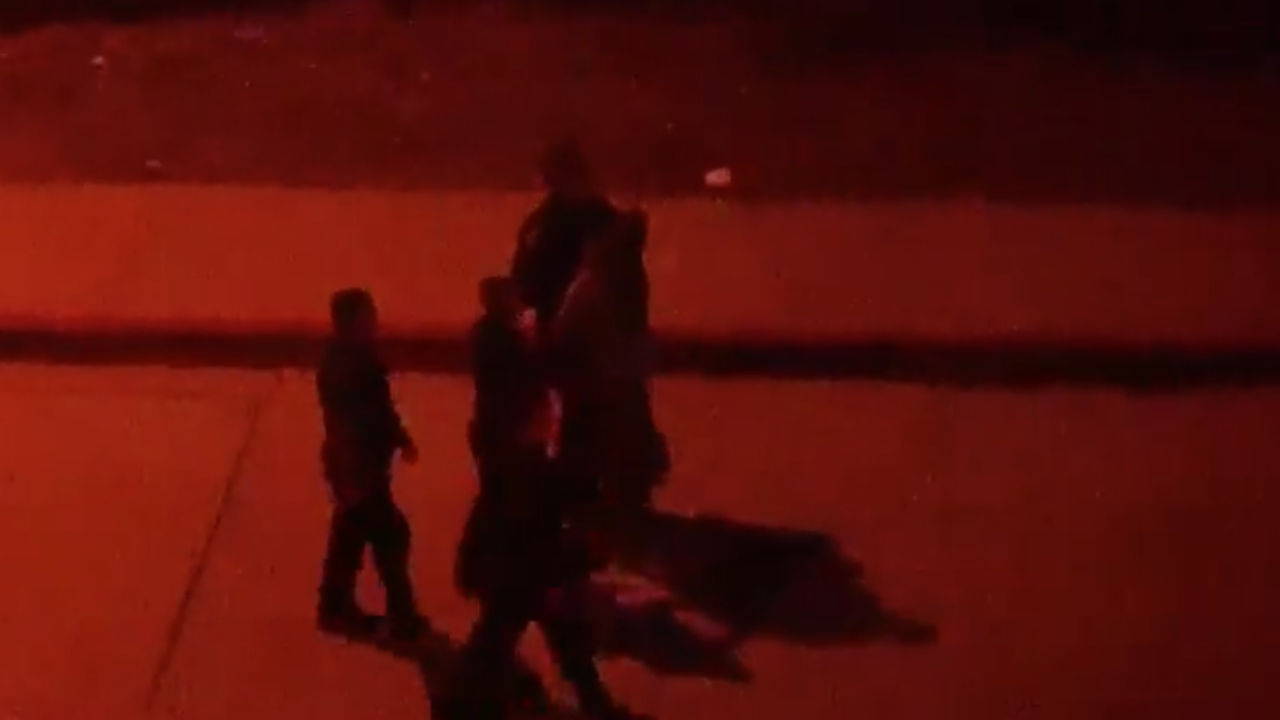 (KGTV) — A high-speed pursuit took San Diego Police from Mid-City to La Mesa Thursday before the driver abandoned his vehicle and fled on foot.

San Diego Police were pursuing the driver on Interstate 8 before he exited the highway at Spring St. in La Mesa, at about 5 p.m. The driver continued to drive in and out of traffic on surface streets before rear-ending a vehicle and fleeing the scene on foot.

Police told 10News they tried to stop the man, later identified as Dontae Smith, 28, in connection to a burglary.

During the chase, Smith ran into several cars before getting out and running across train tracks. Police began combing the trolley station at Date Ave. and Spring St. as well as a nearby residential area.

Police say they found a gun in his car.

Police says Smith is the suspect in a burglary reported in the 4400 block of Dawson Avenue. An officer tried to pull over a vehicle matching the description of a suspect vehicle leaving the scene. Instead they say Smith raced off.

Smith is facing several charges including prowling, violation of parole, evading police, and other charges stemming from the pursuit. He is also facing weapons related to the gun found in his car.