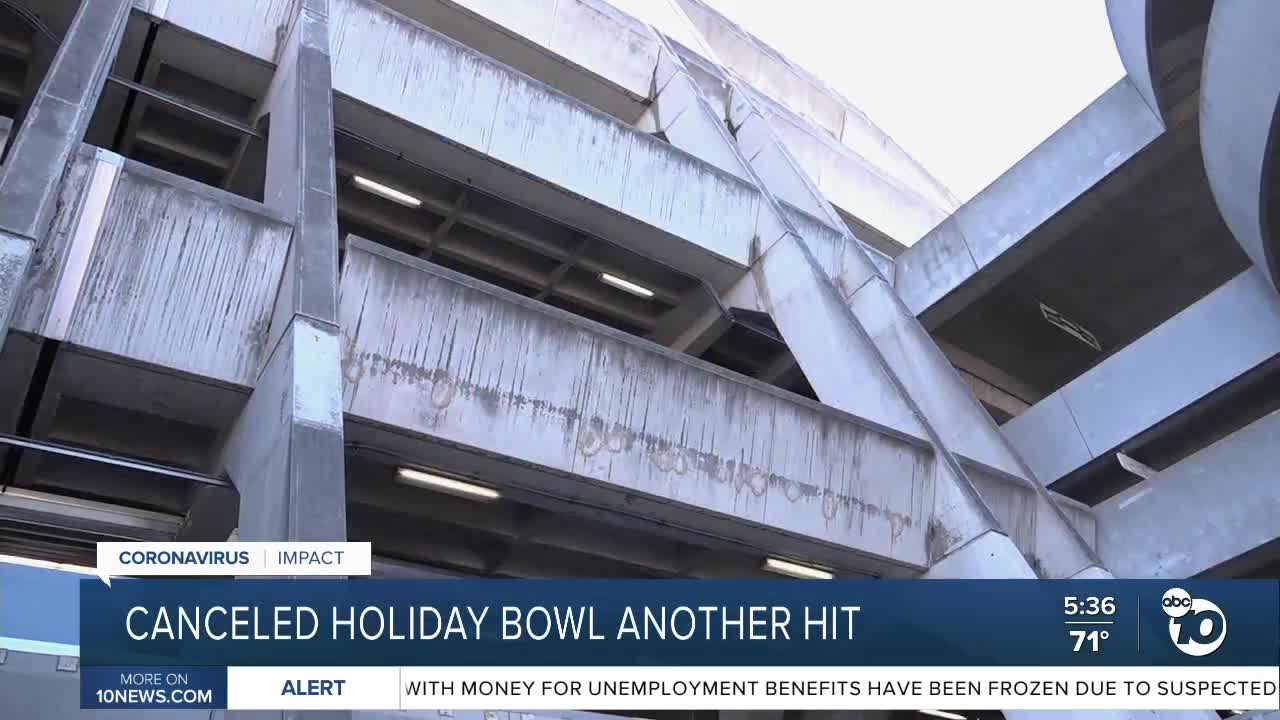 With the Holiday Bowl game canceled, the region will take a harder financial hit now that most of the week's bowl events are gone. 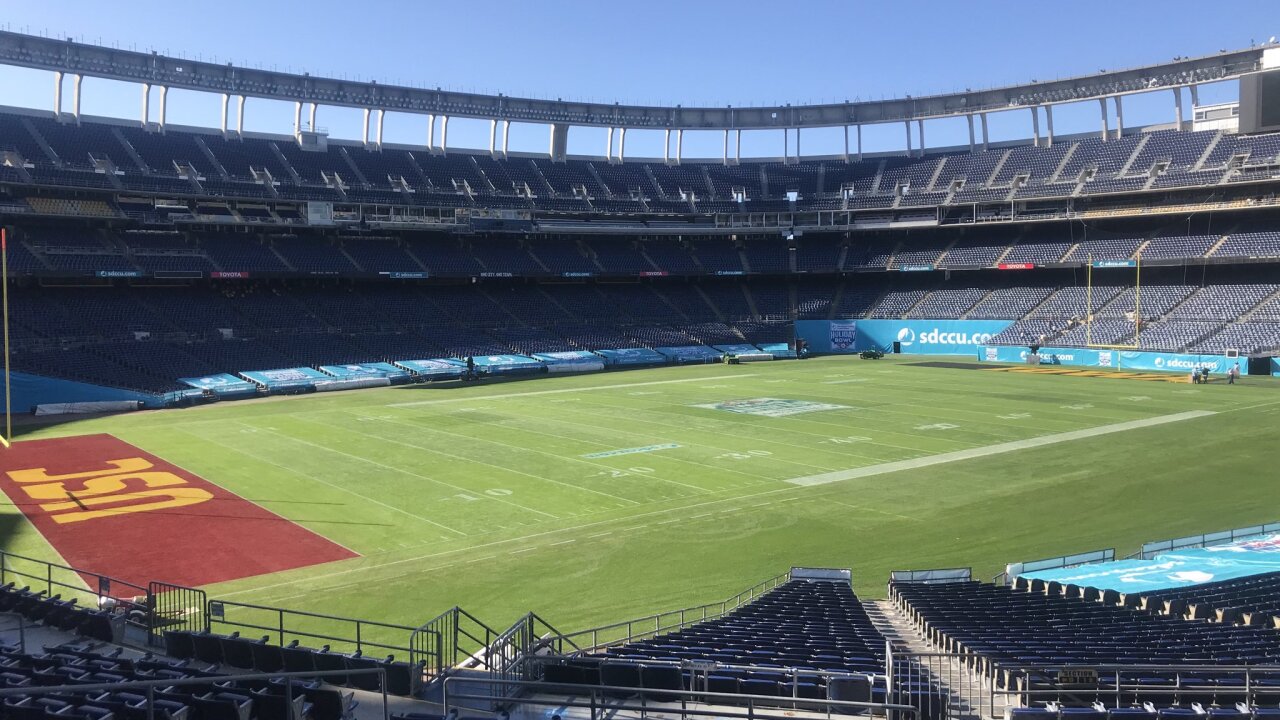 SAN DIEGO (KGTV) — Holiday Bowl officials said Thursday that its 43rd annual football game will not be played this year.

Due to the pandemic, the bowl's Board of Directors voted unanimously to cancel the December game, which has been played since 1978. The bowl’s traditional Bowl Week events had already been canceled for this year, including the Holiday Bowl Parade.

Holiday Bowl CEO Mark Neville said that in addition to challenges in holding the game safely for fans, the virus had, "created a situation in that we wouldn’t be able to welcome fans, ultimately resulting in no tourism. Couple that with the financial and potential health risks of trying to play the game during this pandemic and it was clear this was the right decision for us."

"This has been the most difficult decision our Board has ever had to make since our bowl game started in 1978," said Neville. "While it’s not the decision we wanted to make, it’s the right decision for our non-profit association and the community for the long term."

The game has brought in an average $31 million in economic benefit and led to more than 28,000 hotel room nights annually for the region, the board said. December is typically San Diego's slowest tourism period.

"People come in, either stay here, or they come to the restaurants, they enjoy a cocktail or a bite to eat, whether it be lunch or dinner," said Chuck Abbott, general manager of the Intercontinental, which overlooks the Holiday Bowl Parade along the waterfront. "Obviously it increaeses the revenue for the hotel, which is fantastic."

The 2020 Holiday Bowl was supposed to be the first of a new six-year cycle to match top teams in the PAC-12 and ACC.

The game is expected to return in 2021, according to 2020 Bowl Association President Dan Moore.

"We are fortunate to have a strong relationship with our title sponsor SDCCU, FOX Sports, the ACC, the Pac-12 and many others. While we all share the disappointment with the decision, each has been understanding and very supportive," Moore said.

It is uncertain, however, where the game will be played. SDCCU Stadium is being torn down, and it is unclear if a football field could fit inside Petco Park.

"I'd love Petco because I own several restaurants right around there," said Todd Brown, who owns Bub's downtown. "It's a beautiful facility, you've got all the hotels and everything down there, and if they can figure it out logistically to put a field in there, it'd be a great spot."

A bowl spokesman said Friday it was too soon to discuss venues for 2021, but said the game would not be moving to Dignity Health Center in Carson, where the Chargers played from 2016 to 20`19, and where San Diego State will host its games this season.