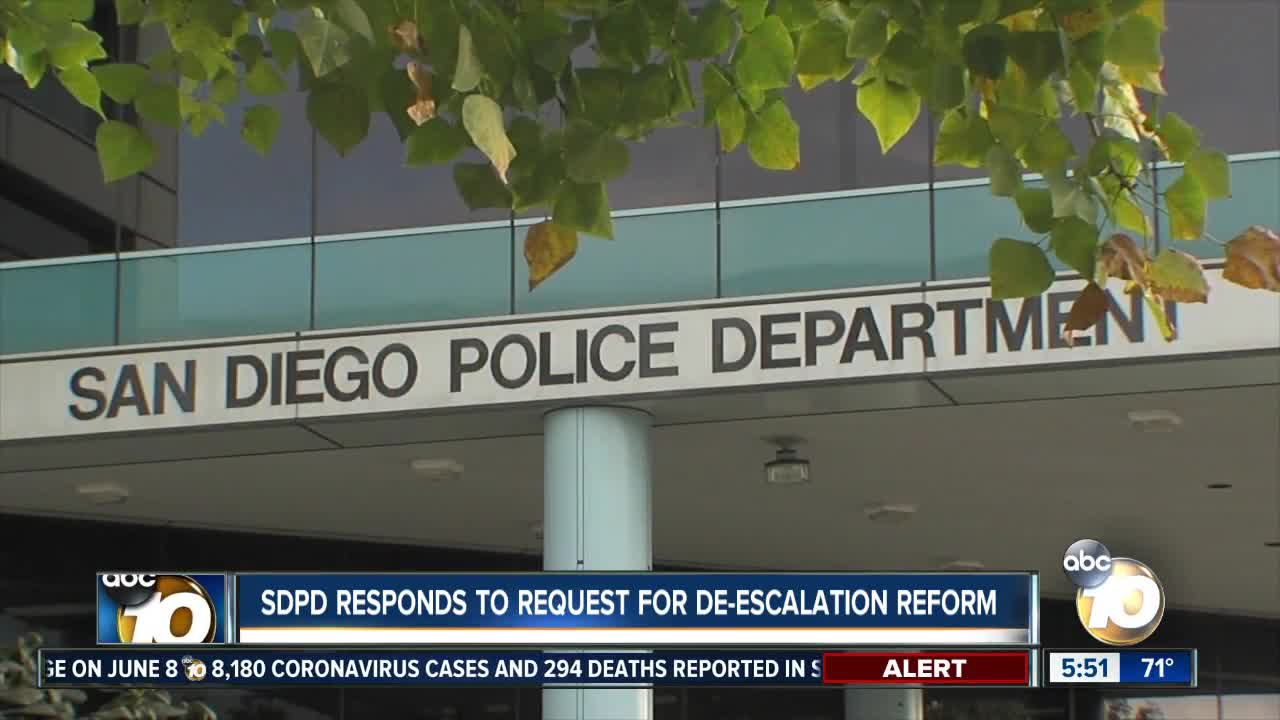 A board appointed by the mayor has now voted on a request to add more explicit language to the policy on tactics and techniques for how officers are allowed to de-escalate in the field.

“The time is now and we really need this for the City of San Diego,” said Attorney Maresa Talbert, Co-Chair for San Diegans for Justice and a member of the Coalition for Police Accountability and Transparency. 10News spoke to her on Friday after Thursday night's emergency virtual meeting of the Community Review Board on Police Practices.

“We really need holistic policies in place that will both keep not only our residents safe but also law enforcement safe,” she added.

Below is a statement from Sharmaine Moseley, Executive Director of the Community Review Board on Police Practices:

"The Community Review Board on Police Practices (CRB) held a special meeting to discuss a recommendation they previously made for SDPD to adopt a de-escalation policy that models Baltimore PD’s de-escalation policy. At that meeting, the CRB discussed and unanimously agreed to add more explicit language to a policy that would require officers to use de-escalation techniques and tactics without the use of force when safe under the totality of the circumstances to do so. The CRB also listed factors for the officers to consider when a person is not complying and techniques and tactics officers can use for de-escalating situations. A revised letter with the CRB’s recommendations will be forwarded to Chief Nisleit early next week. At last night’s meeting, the CRB also discussed the many local protests and SDPD’s response to the protests. By a unanimous vote of 16-0, the CRB agreed to forward this item to its Policy Committee for the Committee to look at best practices for a policy recommendation to Chief Nisleit. The Policy Committee is planning to meet on Thursday, June 11 on MS Teams. This meeting will be open to the public on the City of San Diego’s YouTube channel and an agenda will be posted prior to the meeting."

An SDPD spokesperson told 10News on Friday that the department wants to be clear that it does have a de-escalation policy incorporated into its use-of-force policy but the department is open to receiving any new recommendations from the board.