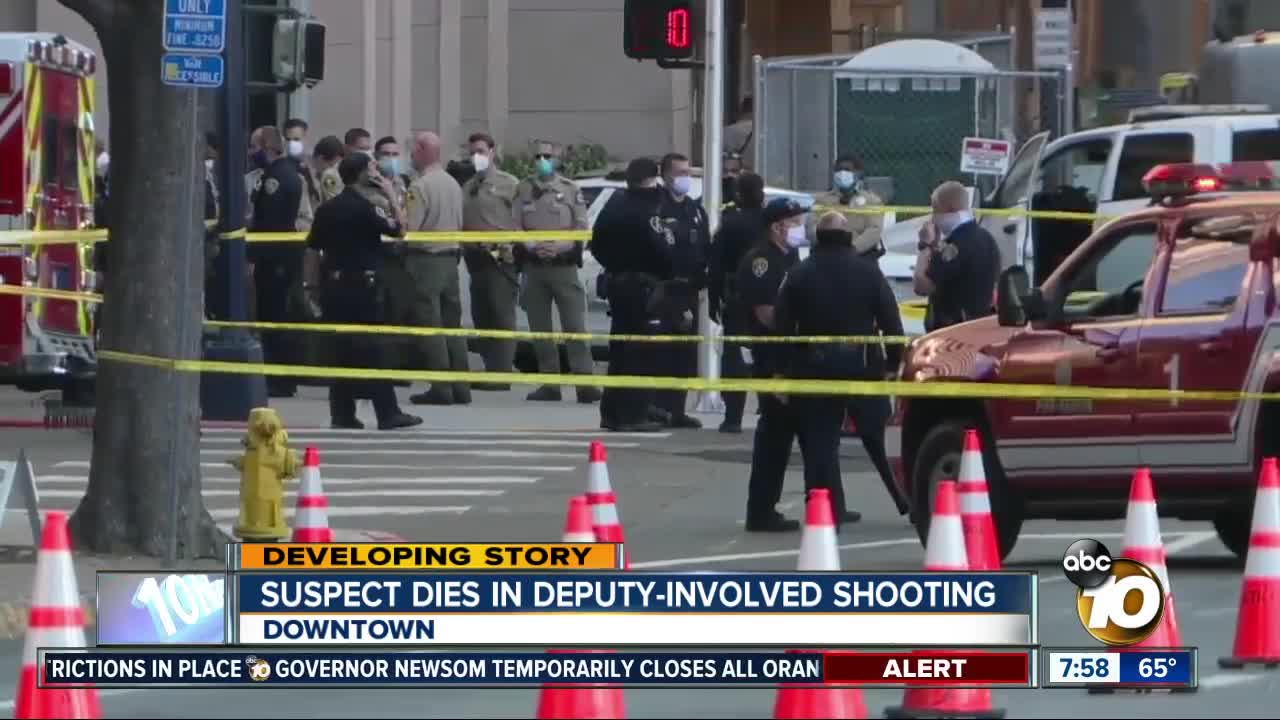 A man is dead after being shot by a San Diego deputy near a downtown jail Friday. 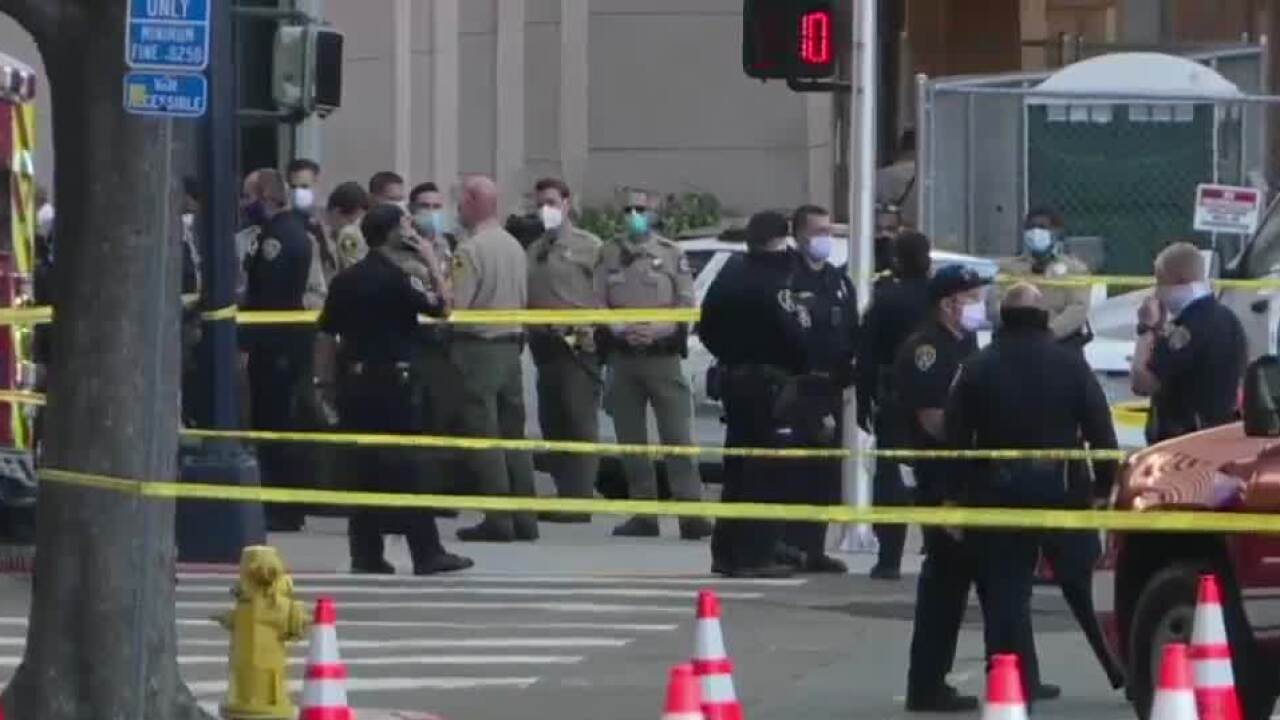 SAN DIEGO (KGTV) — A man is dead after being shot by a San Diego deputy near a downtown jail Friday.

The shooting occurred just before 6 p.m. in the area of Front and B Streets. A 36-year-old suspect was being transported to jail after being arrested by California State Parks Rangers for assault with a deadly weapon on an employee, according to San Diego Police.

Two San Diego deputies were walking to work when they saw what was happening. The deputies began to chase the man northbound.

At one point, a deputy fired at least one round from his service weapon, striking the man.

The suspect was transported to a nearby hospital, but died of his injuries, according to SDPD. The suspect has been identified, but his name was not released pending family notification.

The name of the deputy involved in the shooting has not been released.

Since the shooting occurred in the City of San Diego, SDPD Homicide detectives are leading the investigation.