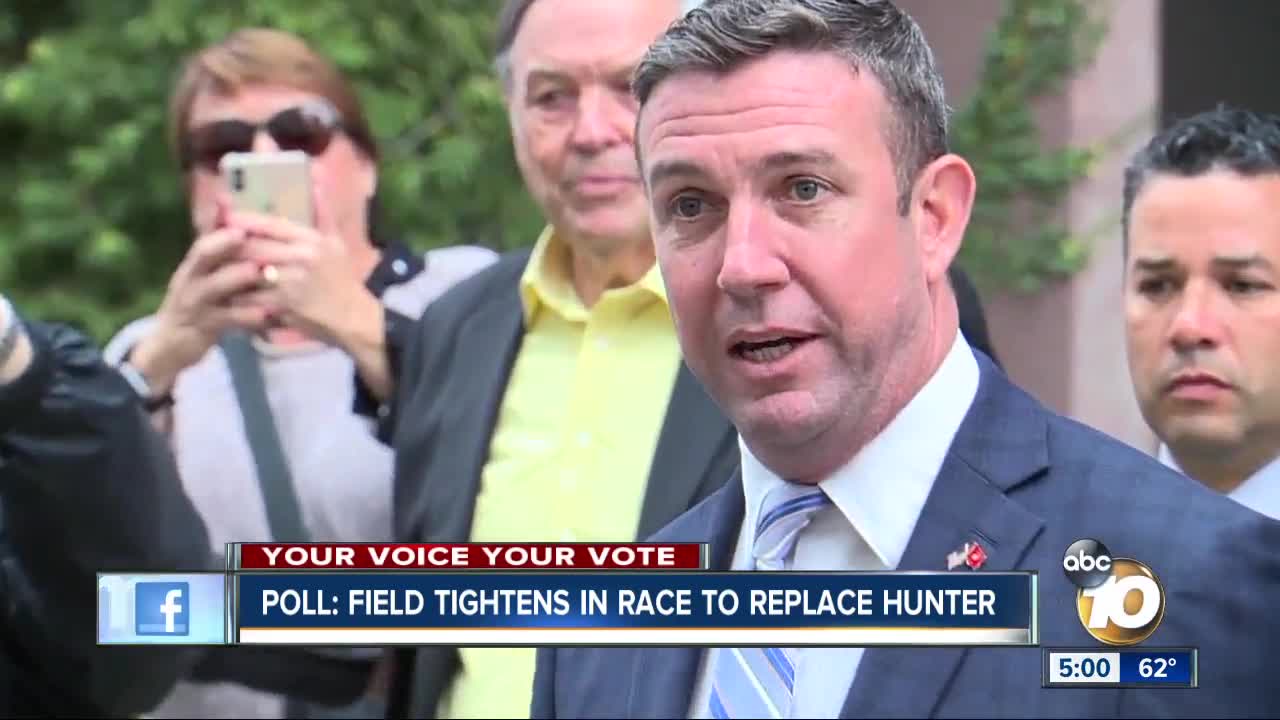 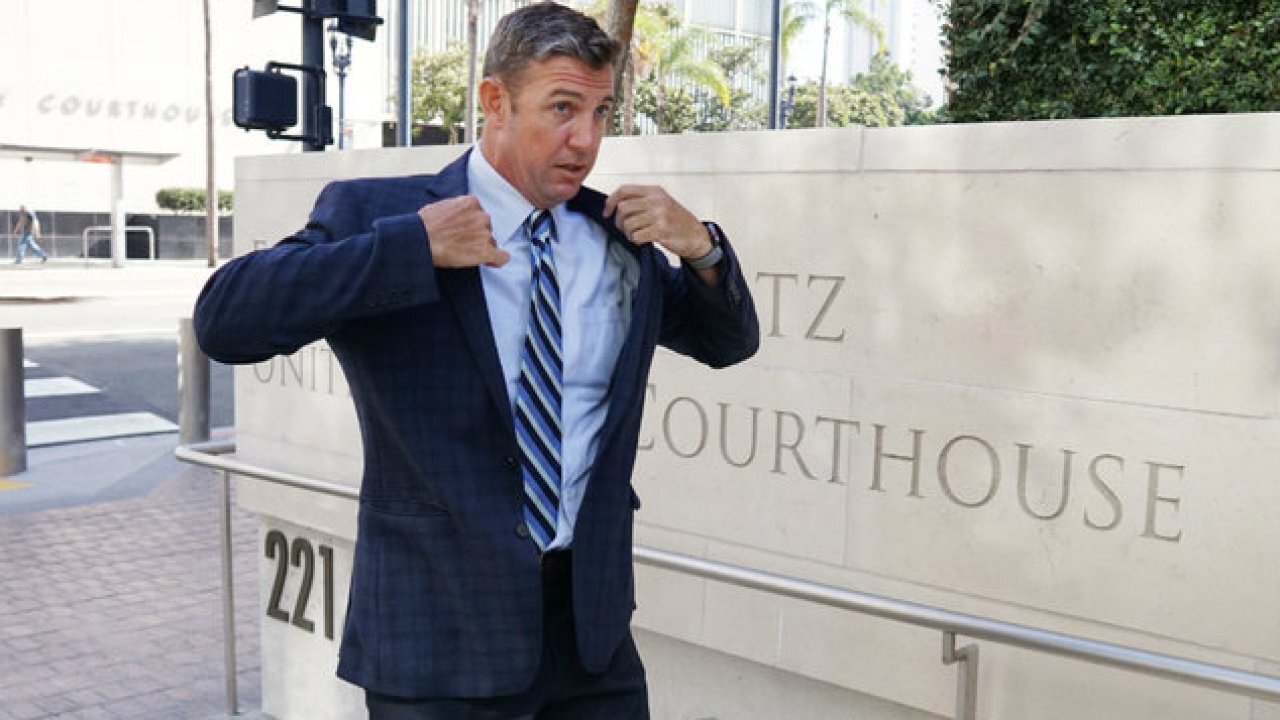 (KGTV) — Residents of East County's 50th Congressional District woke up to a new reality Monday: They no longer have representation in Congress.

Congressman Duncan Hunter resigned after pleading guilty to a felony count of campaign fraud in December.

"For two years now, we've had a member of Congress who didn't serve on any committees, and that's really where you help your district," said John Dadian, a political analyst who lives in Hunter's district. "Over a month now, we've had a Congressman who couldn't vote."

RELATED: Who could take of the 50th District after Hunter's guilty plea

Those privileges will be restored to the person who ultimately replaces Hunter in the 50th District.

A 10News-Union-Tribune scientific poll released Monday is shedding light on who may have the best chance of taking over the seat.

The SurveyUSA poll shows Democrat Ammar Campa-Najjar leading a crowded field with 26 percent of the vote.

Three Republicans come next: Former Congressman Darrell Issa is in second at 21 percent, former City Councilman Carl DeMaio is at 20 percent, and State Sen. Brian Jones is in third with 12 percent. The margin of error for the question was 5.7 percent.

The top two vote-getters, regardless of party, advance from the March 3 primary to the November runoff.

"This is a strongly Republican district with a good number of Democrats," said Thad Kousser, who chairs the political science department at UC San Diego. "Ammar Campa-Najjar looks very likely that he'll advance to November, but there are even more votes out there for Republicans."

In 2018, Campa-Najjar narrowly lost to Hunter, who was indicted about three months before the election.

Dadian said the poll is a snapshot in time, which could change quickly now that the holidays are over and the March primary is approaching.

"Now is when you will see the campaign's start spending real money, whether it be in direct mail, door hangers, TV, however they decide on their strategy, that's when you see these numbers move," he said.

The poll surveyed 618 district residents registered to vote in California. Of those, 512 were likely voters.

When it came to choosing a candidate to replace hunter, respondents said their top issues were character of the candidate, border security, and holding the president accountable.