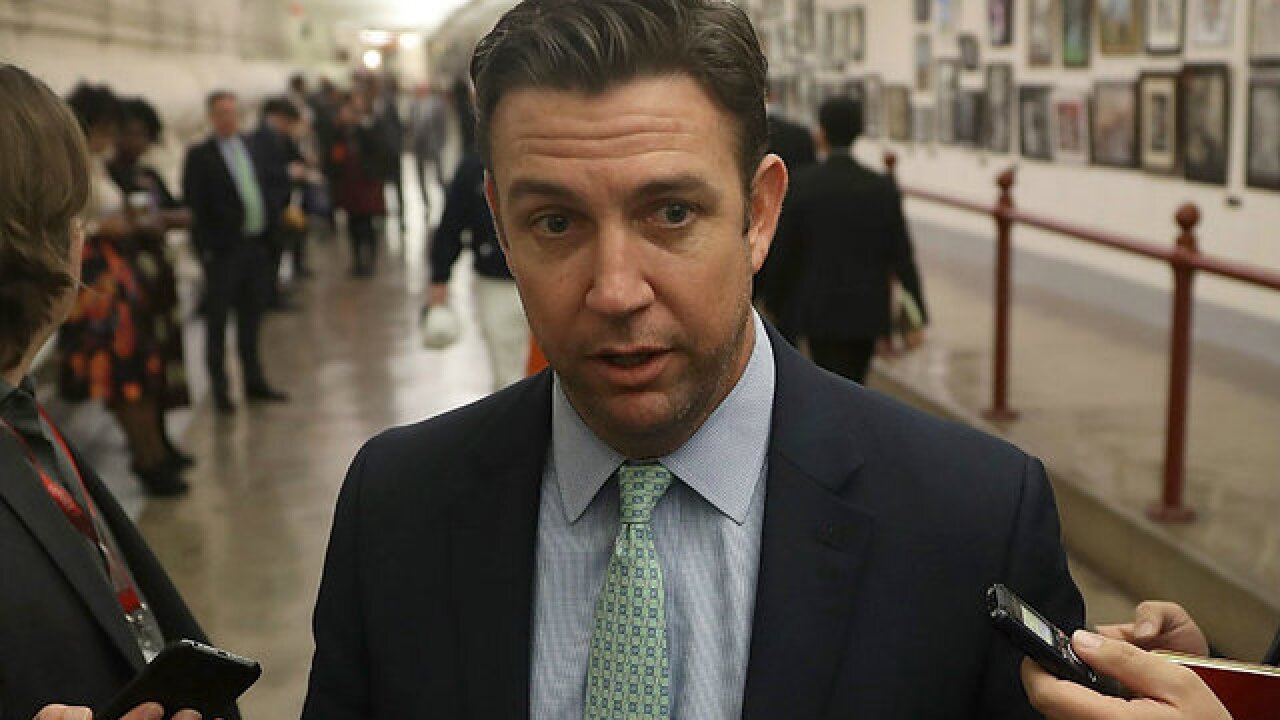 Copyright Getty Images
Joe Raedle
Rep. Duncan Hunter (R-CA) speaks to the media before a painting he found offensive and removed is rehung on the U.S. Capitol walls on January 10, 2017 in Washington, DC.

The affidavit detailed instances from 2009 through 2016 in which the Hunters reportedly used campaign money illegally for things like video games, family vacations, school tuition, and more.

Over the course of a year, Hunter vehemently denied the allegations, often calling the indictment "politically motivated."

Here is a timeline of the investigation into Hunter's campaign spending: