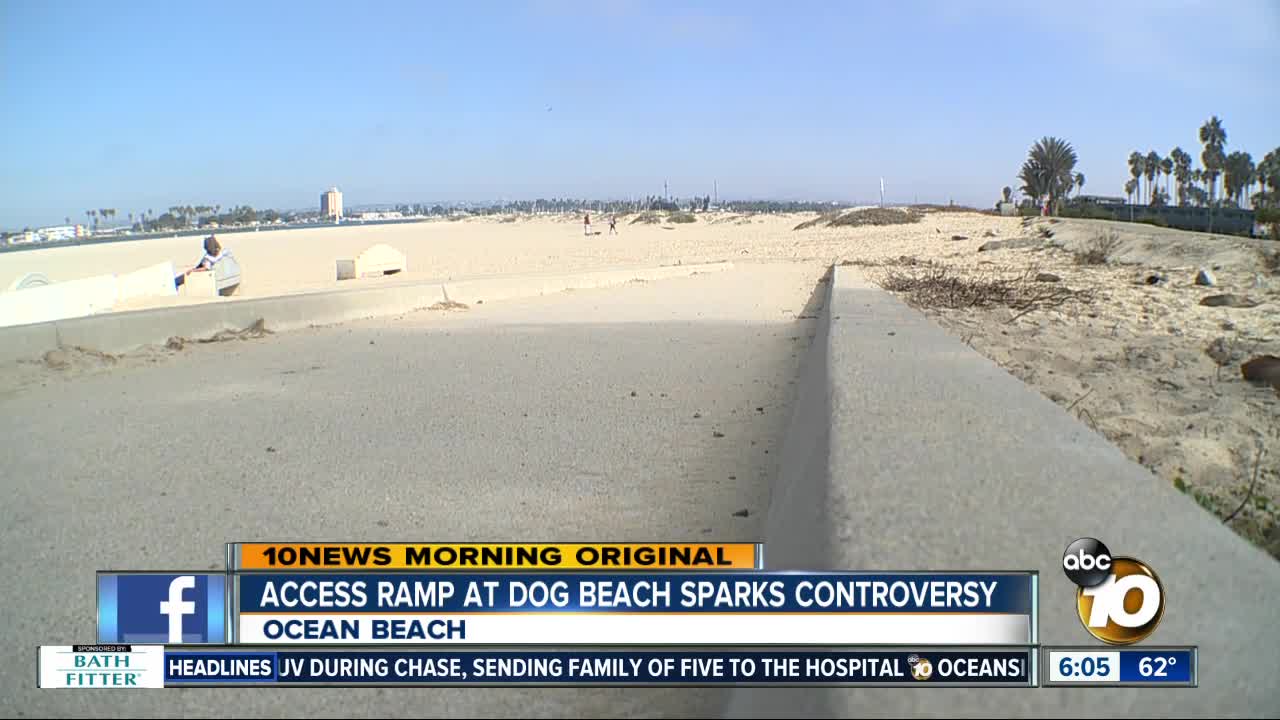 Plans for a new ADA access ramp at Dog Beach have sparked controversy. The OB Planning Board opposes the project, because they say it won't actually increase access for people with disabilities. 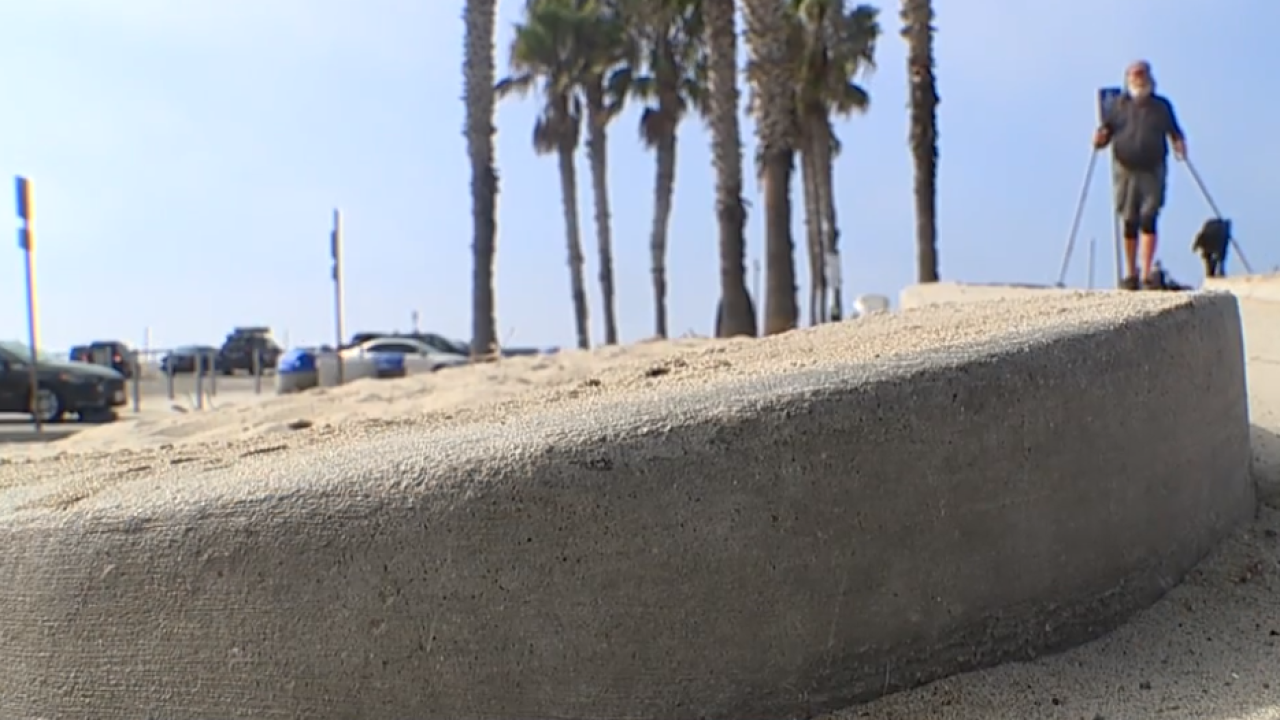 SAN DIEGO (KGTV) - Plans to renovate the wheelchair access ramp at Dog Beach in Ocean Beach are sparking controversy in the community.

The City of San Diego has plans to spend around $1 million to upgrade the current ramp, but the drawings show very few changes to the design or placement, and that has caused the OB Planning Board to oppose the project.

"Nobody asked for this; it's way overpriced and it's not contributing to greater access for people who are using mobility devices to get to the beach," said Andrea Schlageter, Chair of the OB Planning Board.

Schlageter said the board has asked for new access ramps that will get people closer to the shoreline. She pointed to similar projects in Coronado as examples of what the board wants.

"They don't listen to us. They don't care, and they're just shoving projects down our throat, and they tell us to eat it and take it," said Schlageter.

Meanwhile, Schlageter said she believes the renovation is an overreaction by the city to a recent lawsuit.

Last year, the city paid a $50,000 settlement to a man who slipped and fell near the ramp and sued over ADA access. Nothing in the settlement specified a requirement to upgrade the existing walkway.

10News reached out to the City of San Diego with questions about the project's design, and in an email, a city official confirmed that the project was “a direct result of the lawsuit” and the project plans were presented to the OB Planning Board on Aug. 7.

The official went on to say that existing parking spaces, signage, and path of travel from the parking spaces to the San Diego River Bikeway and access to Dog Beach were not ADA compliant.

“This site remains a liability to the City until it is remedied,” the city official told 10News.

When asked how the new ramp would be an improvement over the older version, the city official said: “The project includes required ADA signage, such as accessible parking signs and signs showing accessible path of travel to the beach; appropriate sand mitigation that includes side walls along the walkway to minimize sand accumulation on the walkway; and sidewalks, curb cuts and cross slopes, that meet slope requirements of the current ADA Standards. Additionally, the newly designed walkway has a more robust foundation to prevent movement that could create uneven surfaces.”