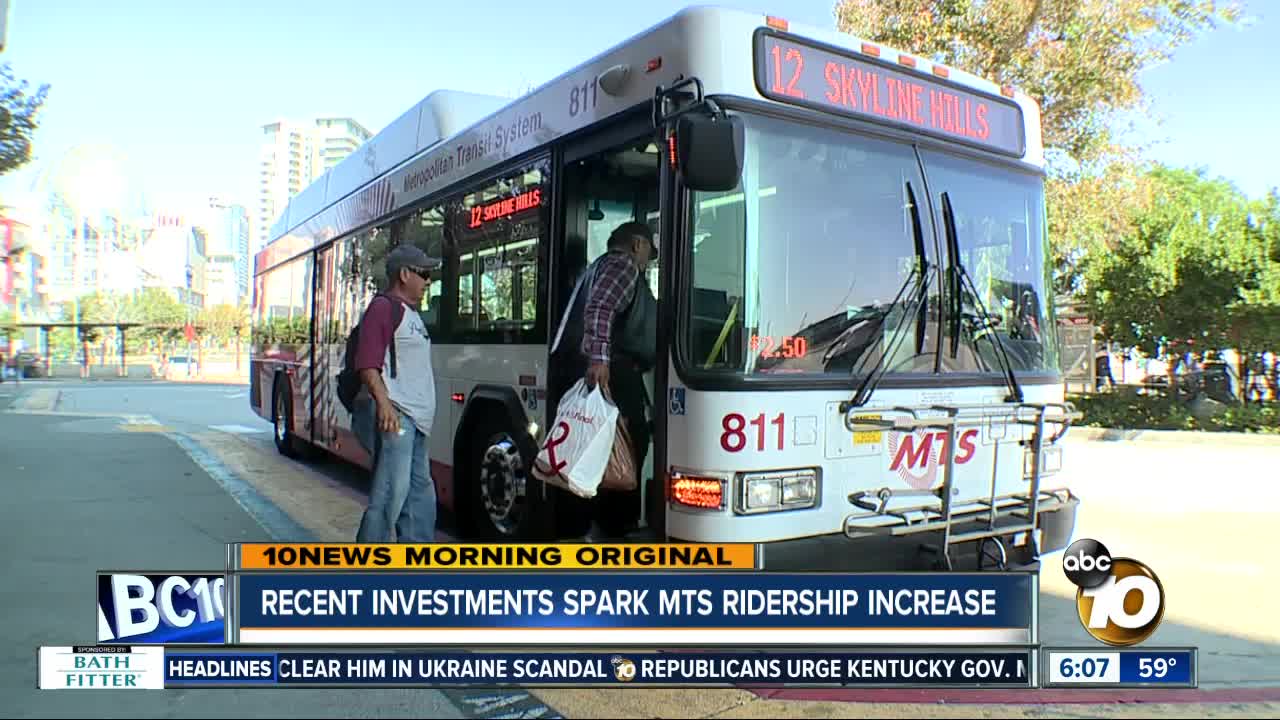 MTS says ridership increased by nearly a million rides from July through September of 2019, compared to 2018. They say a combination of investments in the system led to the spike. 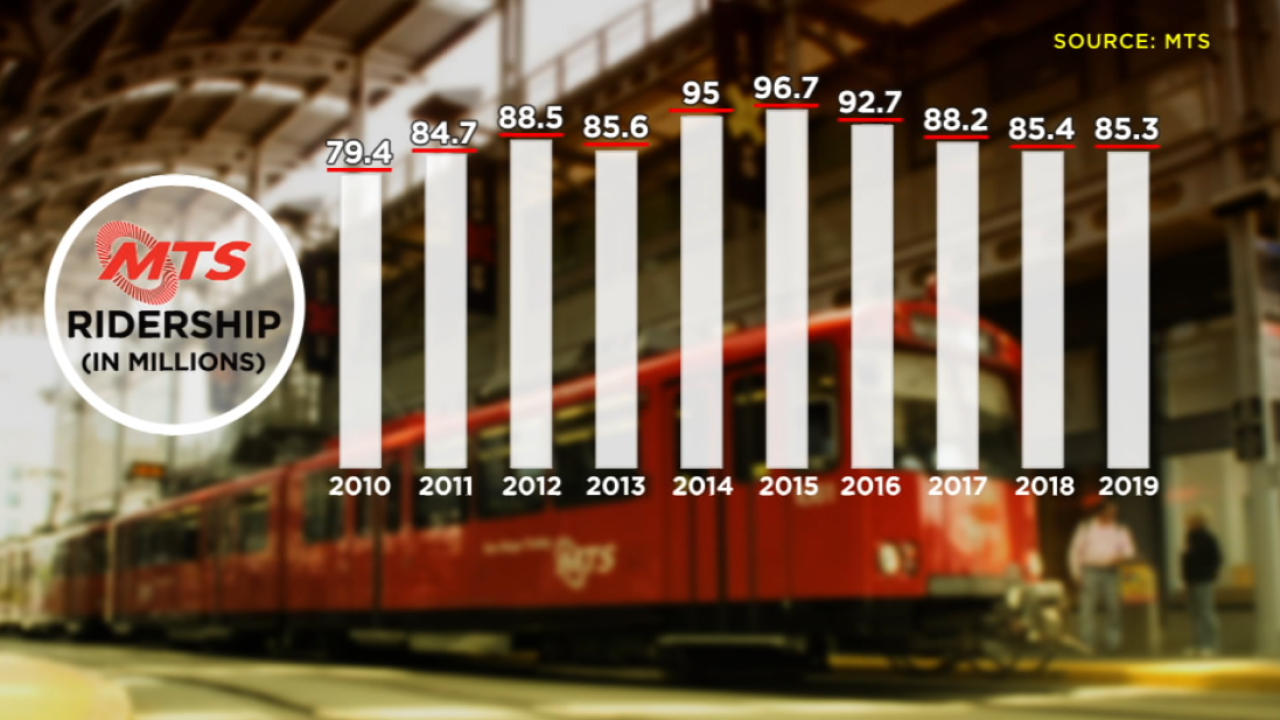 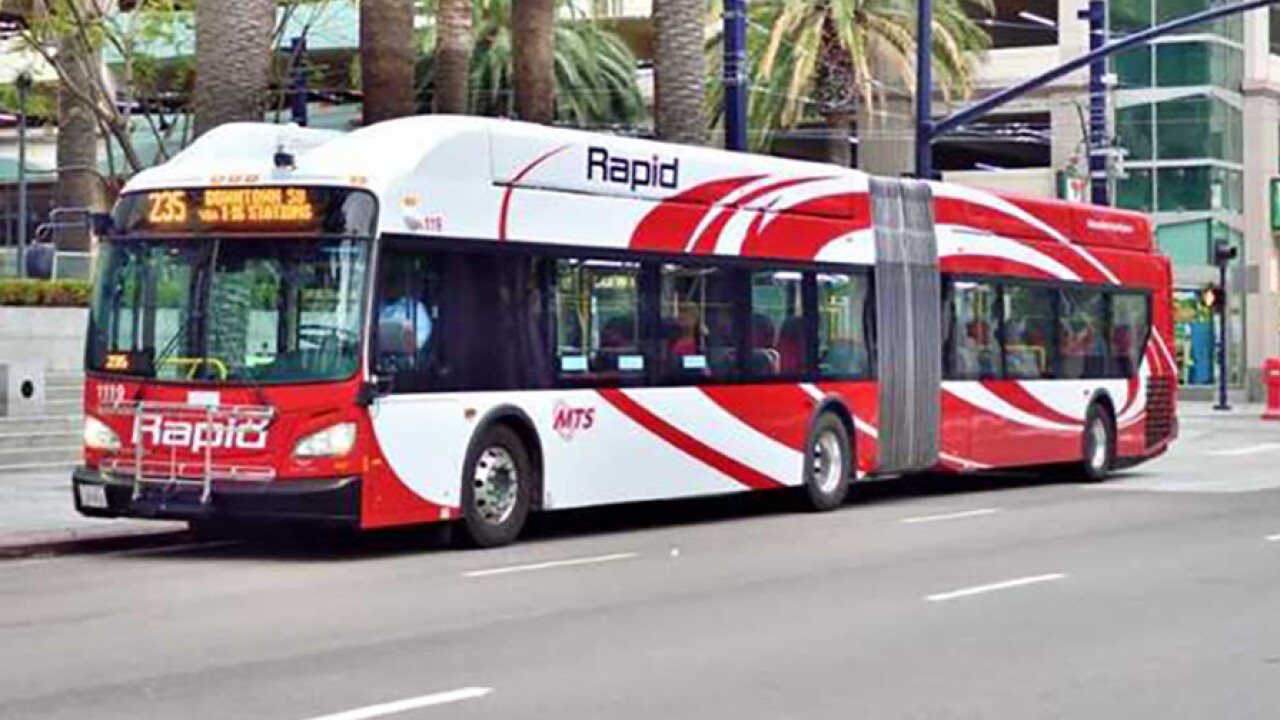 MTS officials say a heavy focus on investment over the past few years is starting to pay off. They recently completed a $2 million plan to streamline services and add frequency to many bus routes. They also added the South Bay Rapid route from Otay Mesa to Downtown and expanded the Rapid Superloop service in the University City area.

"As we add those services where folks want them, as we squeeze every dime we can get out of our existing budget, as we make a full commitment to engage the community in what they want, people will use it," says Fletcher.

The surge in riders helps MTS buck a nationwide trend where public transportation is on the decline.

Even in San Diego, year-to-year numbers had been dropping for four straight years, since hitting a record high in 2015 (see chart above).

Fletcher says it's a positive step as the city tries to meet strict climate goals that require a reduction in greenhouse gas emissions.

Recently, SANDAG put out a plan to increase transit ridership to 10%. That sparked a debate over how much money should go towards transit vs. road construction.

"Every person who chooses transit is one less car driving," he says. "The individual who says, 'I'm always gonna drive,' should support transit because that means less congestion. Less congestion means less toxic pollution and less greenhouse gas emissions. So it's a win for everybody whether you use transit or drive your car."

To raise money for more expansion, MTS is looking into a ballot measure for the November 2020 election that would add a half-cent sales tax.