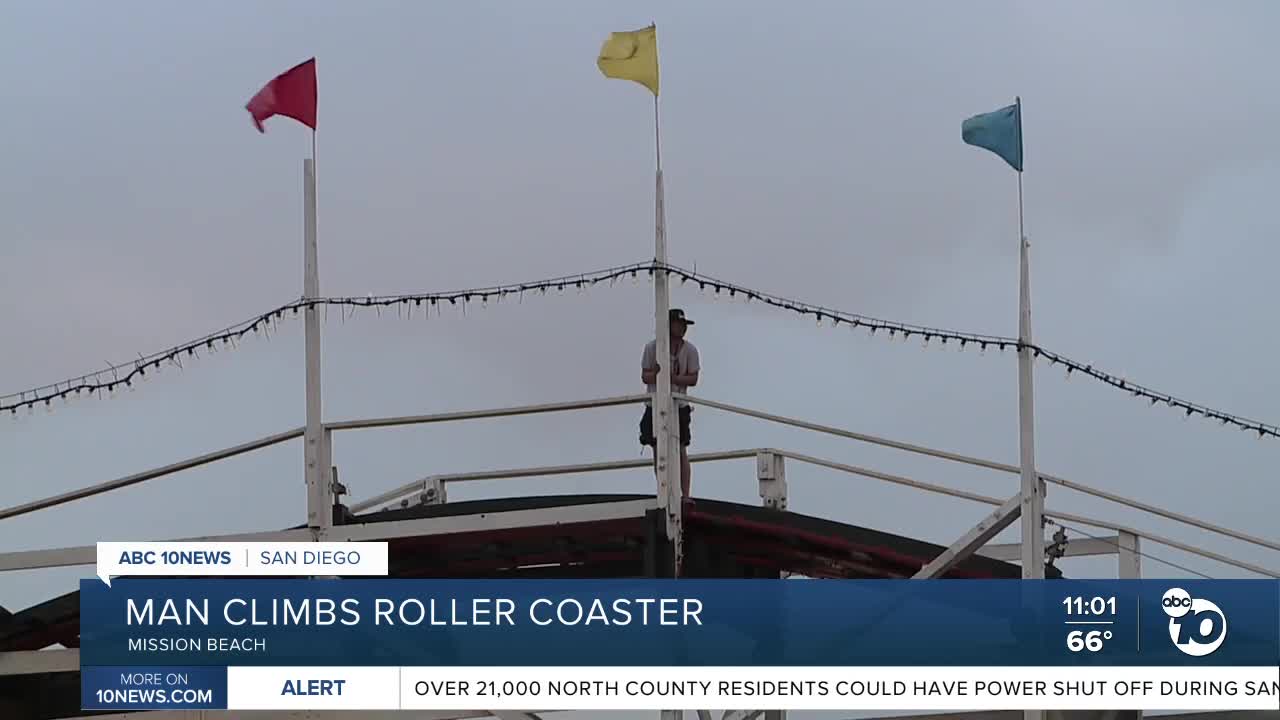 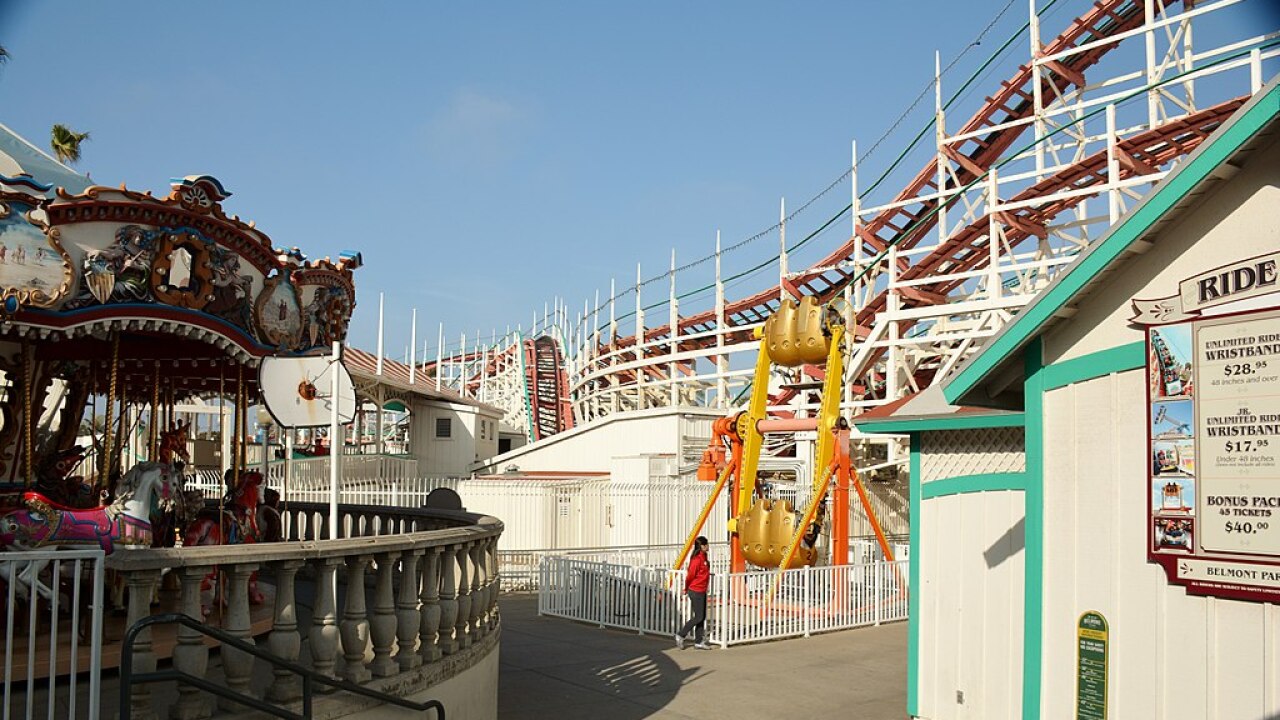 Police said officers and San Diego Fire-Rescue personnel were called just before 1:30 p.m. to reports of an 18-year-old male who had climbed the amusement park's fence and up to the top of the coaster.

The man came down from the roller coaster around 7:45 p.m., before grabbing a tarp and making his way back up. Shortly after 8:30 p.m., he crossed over to a nearby roof. Then just after 9 p.m., he came back down to the ground, where officers were able to take him into custody.

SDPD said the man will be taken to a nearby hospital or mental health facility.

Police had shut down the southbound lanes of Mission Boulevard between Ventura Place and San Fernando Place for several hours, before reopening the area shortly after 8:30 p.m.

Belmont Park's outdoor rides are currently not running due to coronavirus restrictions, though the amusement park's shops and eateries are open.