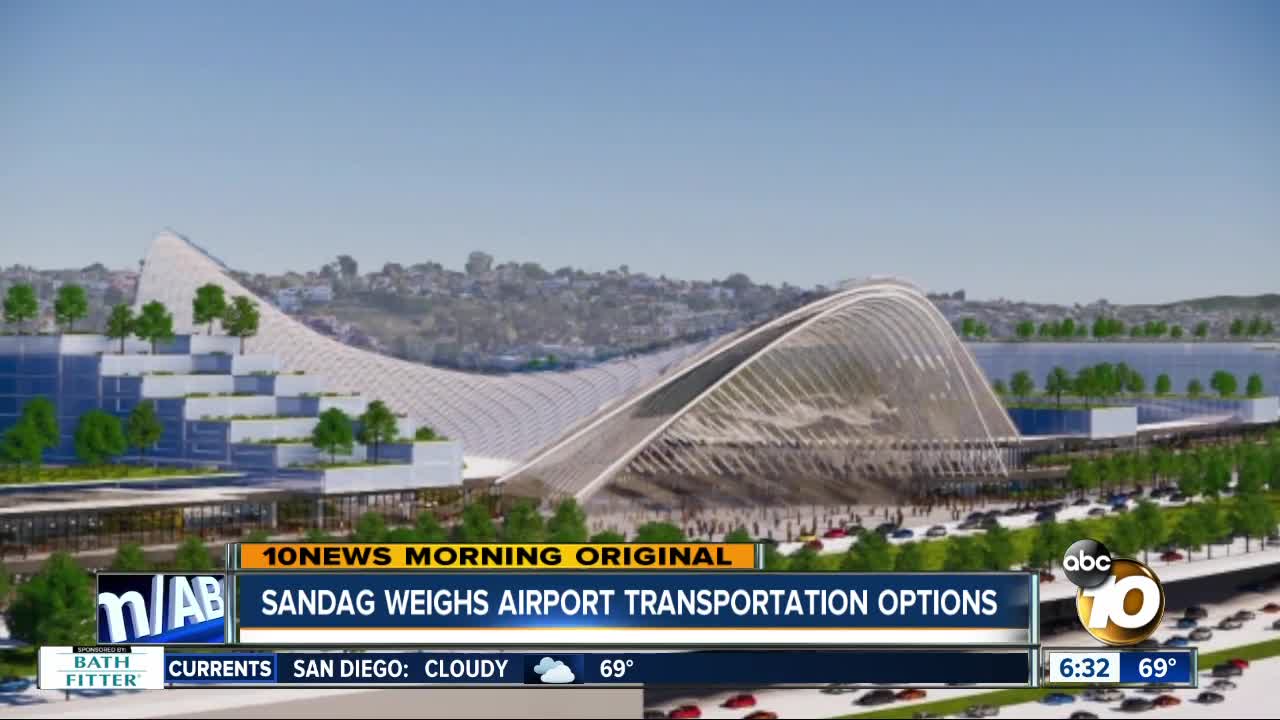 There are four options. 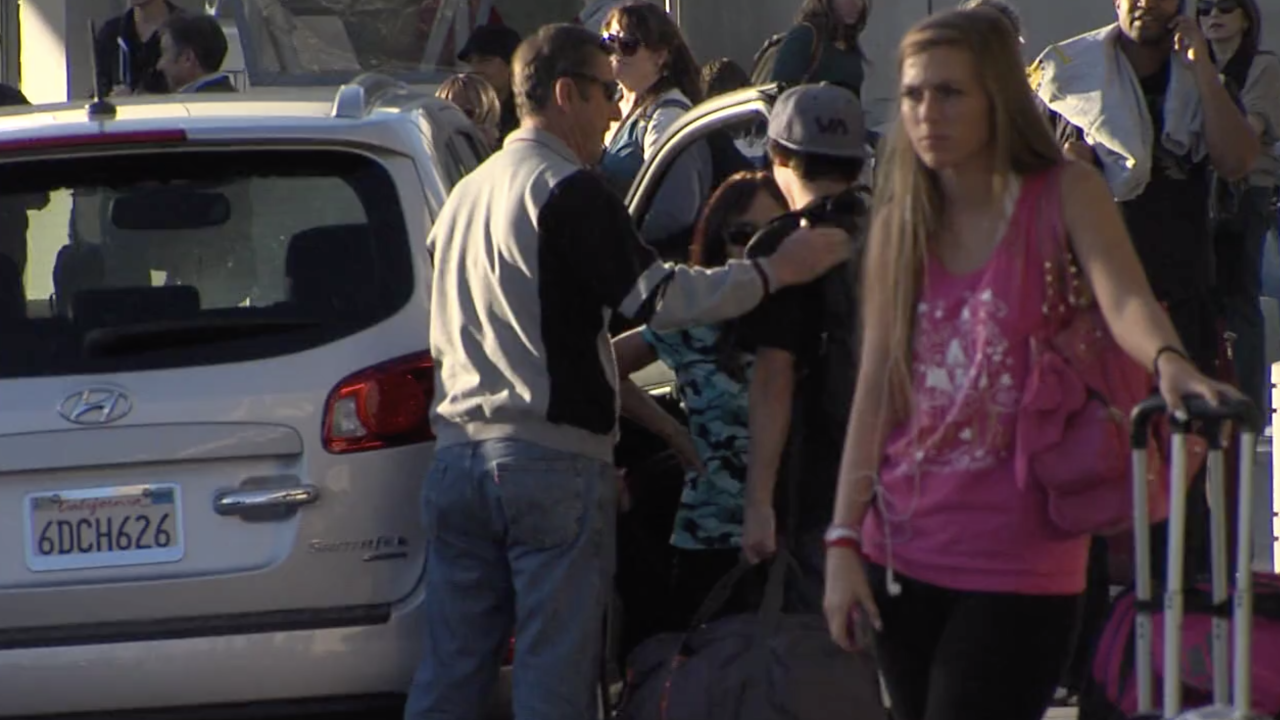 SAN DIEGO (KGTV) - The San Diego Association of Governments will debate Wednesday the best way to get people to the airport.

Four possible plans involving public transportation are involved. One would create a central terminal on Navy property near Old Town and tunnel under the airport with a people mover. Two other proposals would involve a terminal, but use an elevated people mover. The fourth option would extend the trolley, adding tracks along Harbor Drive.

Dorene Robertson said the predictability of public transportation would be a benefit.

Alex Santos, who typically relies on Uber to reach the airport, says he would only use public transportation if it was direct.

“If it was dropping me off in front of my house or a townhome I live in, or a block away, that'd be perfect.”

The SANDAG plans would cost anywhere from $1.8 billion to $4.7 billion dollars. They would serve as many as 44,000 people per day by 2050 and decrease traffic on Harbor Drive as much as 35 percent.

City of San Diego and U.S. Navy officials signed an agreement last week to revamp the Navy complex near Old Town with the central terminal as a possibility for the project.