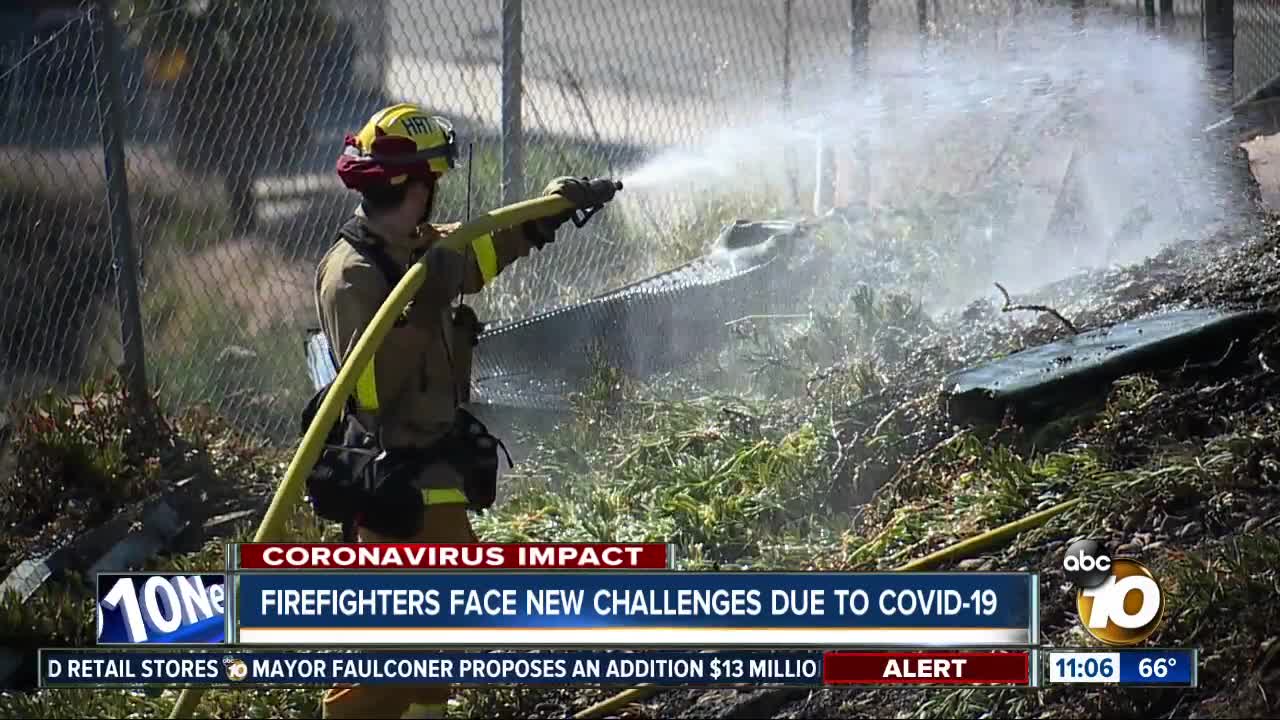 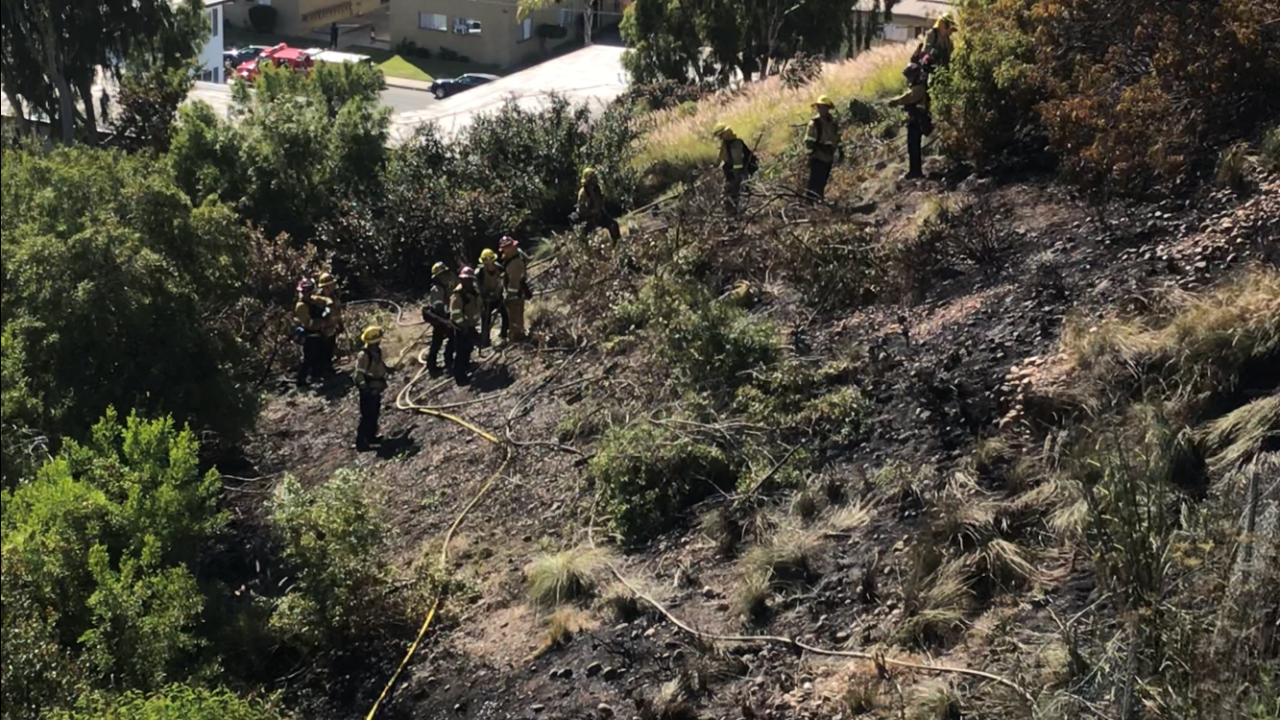 SAN DIEGO (KGTV) - Firefighters responded to a vegetation fire in the El Cerrito neighborhood that sparked around 3:15 p.m. Thursday.

The fire was reported burning palm trees along Chollas Parkway near the Colony Village apartments.

Firefighters then say embers sparked another fire along a hillside roughly one-eighth of a mile away and began burning near some homes.

Firefighters utilized water drops to bring the flames under control. They say no homes or structures were burnt at either location.