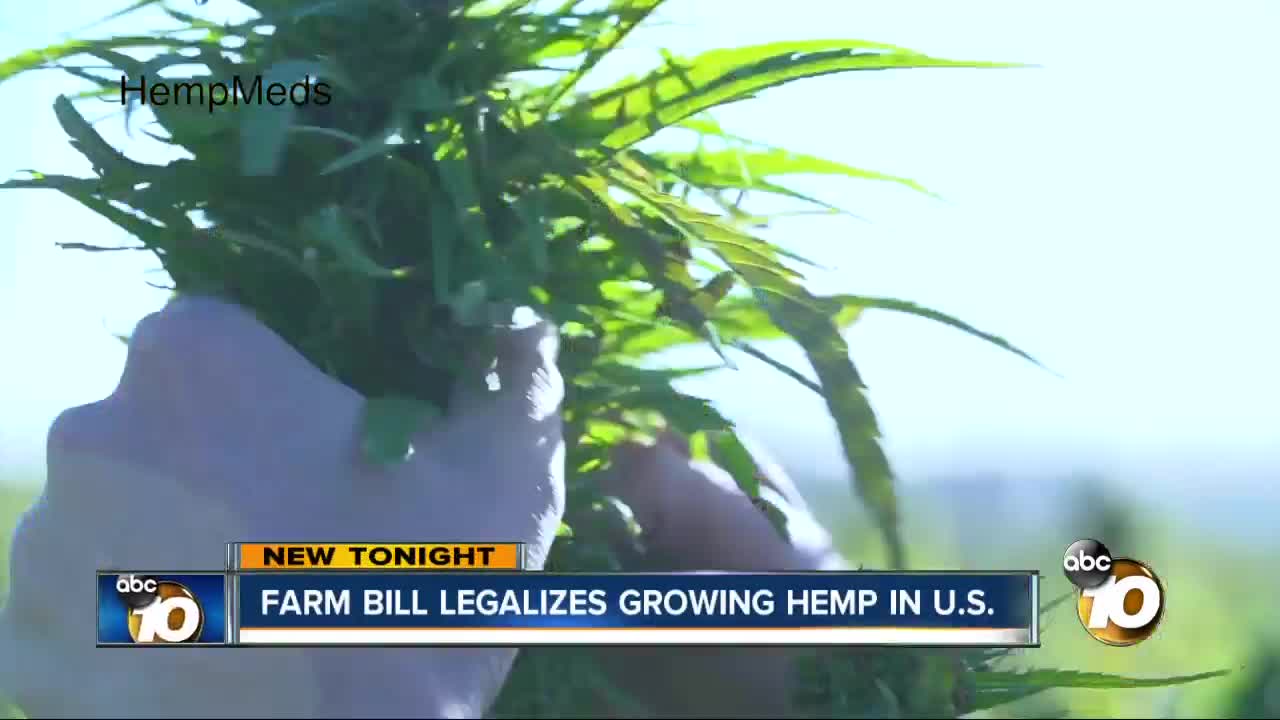 San Diego CBD company aims to capitalize on a new law that has legalized growing hemp in the U.S. Matt Boone reports 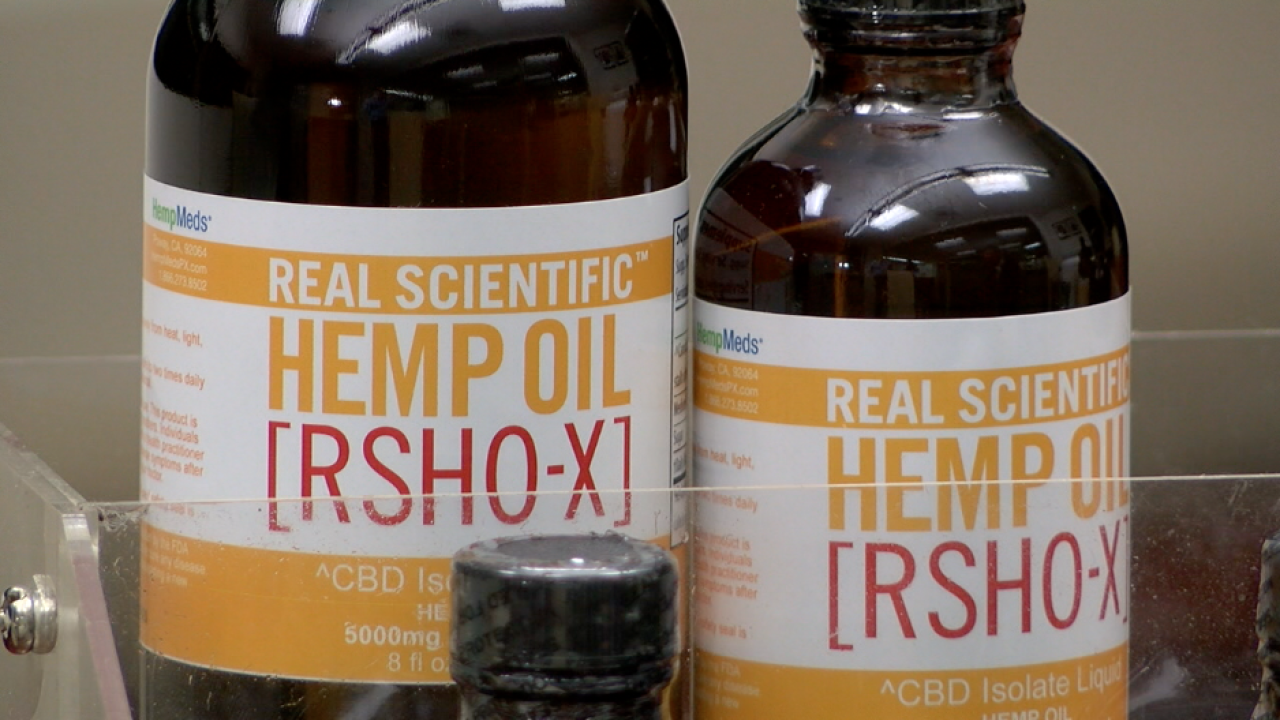 SAN DIEGO (KGTV) - A San Diego company is looking to capitalize on a new law that legalizes the growing of hemp in the United States.

Medical Marijuana Inc., based in Sorrento Valley, already has a line of CBD products but has to import the raw hemp from outside the United States.
That will soon change.

On Tuesday, President Donald Trump signed the 2018 Farm Bill. Inside the bi-partisan, $867 billion bill was a revision to the federal laws on hemp, which had largely outlawed commercial production since the 1930s.

The bill also removed hemp from being classified as a schedule 1 drug, the DEA category for substances with “no currently accepted medical use and a high potential for abuse.”

“We really think this is going to be a tremendous growth market over the next three to five years,” said Stuart Titus, president and CEO of Medical Marijuana Inc.

Founded in 2009, the company has several lines of CBD-based products for both humans and animals. With the new laws, he says they hope to start using hemp grown in the United States for the products they sell here.