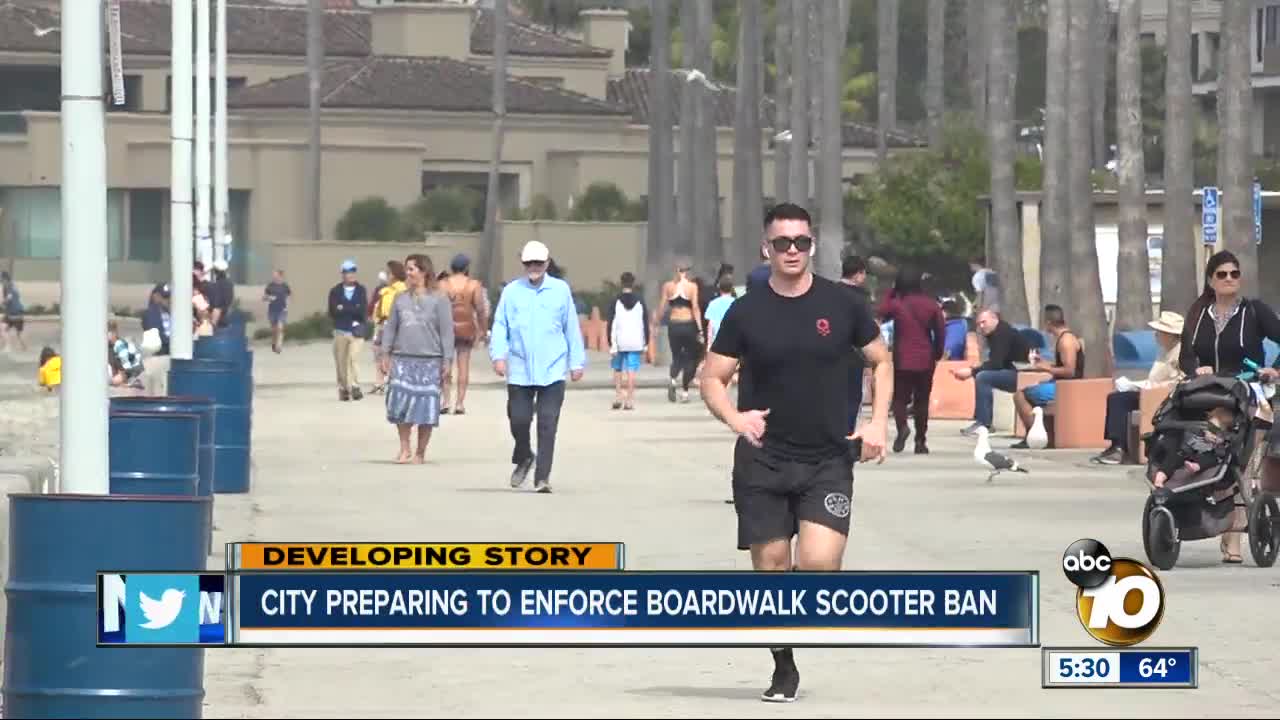 The city will begin banning electronic scooters from its beach boardwalks on Feb. 29 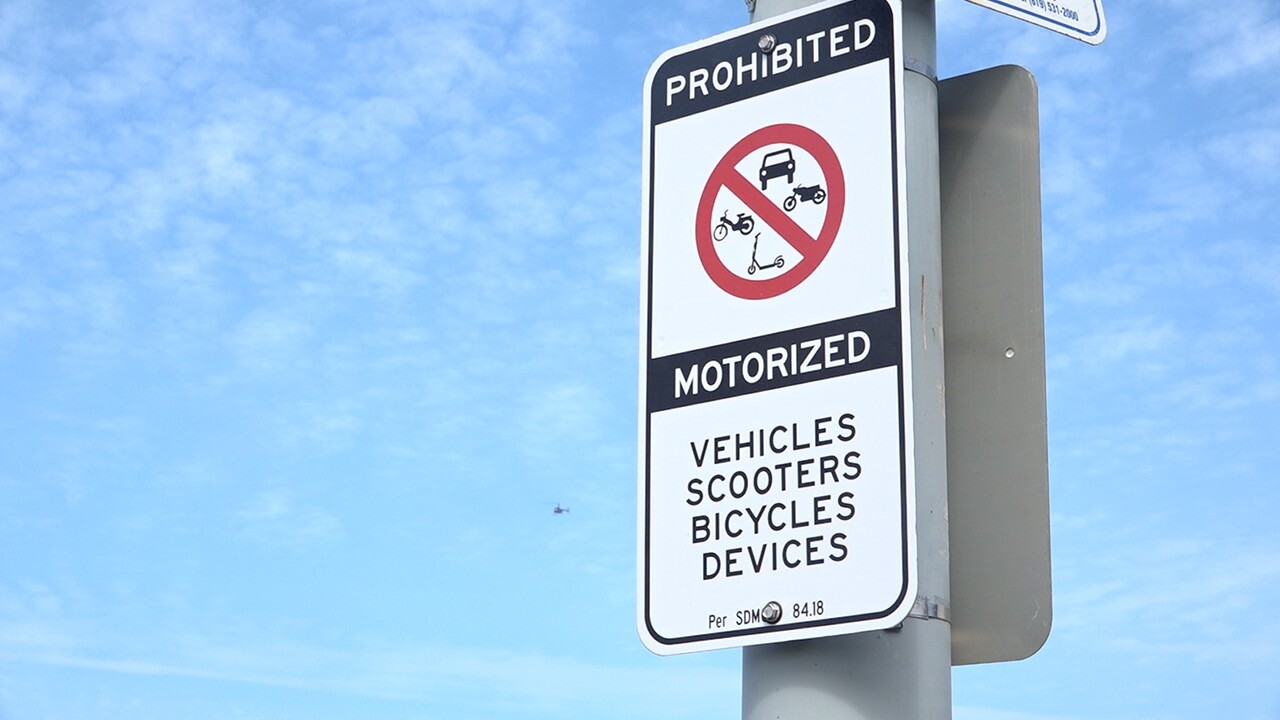 SAN DIEGO (KGTV) -- The city is gearing up to begin enforcing its ban on electric scooters on its beach boardwalks.

The ban, which goes into effect Feb. 29, will apply to shared mobility devices on the boardwalks at La Jolla Shores, Pacific Beach, Mission Beach, and the bayside walk area of Mission Bay.

Despite being illegal, the scooters will be geo-fenced to 3 miles-per-hour on the boardwalks, which the city says is slower than typical walking speed and the safest way to enforce the ban.

The move comes as scooter companies continue to pull out of San Diego amid other new regulations. City data shows that there 11,300 permitted devices in January, down from 22,300 in July 2019.

The city installed its first signs warning of the ban at La Jolla Shores, where nobody was riding a scooter down the boardwalk around noon on Thursday.

"Honestly, it's probably for the best," said Charlie Scheuch, a surfer who used to ride the scooters but no longer does. "People used to just littler the boardwalk with them, so it's a good decision."

Officers will issue warnings for the first 30 days, with citations starting after that. A city spokesman says the fine amounts will be decided by the courts.

The City Council voted 5-4 in December to enact the ban after a series of scooter-related injuries on its boardwalks, including one man dying at Mission Beach last summer.

In a statement, Bird Scooter expressed a commitment to work with the city.

“While we are disappointed in the City of San Diego’s decision to ban all motorized devices on the boardwalk, we are supportive of Council’s direction to speed up infrastructure improvements along Mission Boulevard," said Tim Harter, the company's senior manager of government partnerships. "We look forward to continuing to partner with the City to help provide a reliable and environmentally friendly transportation option to help locals and visitors easily get around town, connect to transit, and enjoy everything the city has to offer, as well as improving safety measures for all.”

Data from Scripps Health shows 96 patients going to its trauma centers after scooter accidents in 2019. That does not include visits to its emergency rooms.